Yes Petey, of course you were. That's what happens when you say an asset is going to zero and then it goes x20 in a couple years. You aren't clever. Dumbest April Fools "joke" ever. Who's the fool now? 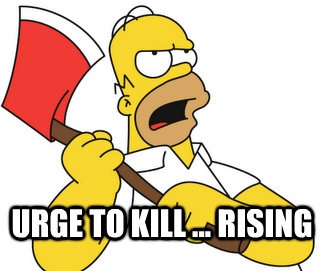 Peter Schiff sees Bitcoin as a threat to gold because people are running around calling it Gold 2.0. This is absolutely ridiculous sentiment from all sides. Bitcoin can only spike the price of precious metals. Do we really think that a bunch of Libertarian Anarchists are going to get crypto rich and then NOT use those funds to buy precious metals? Let's use the thinking parts of our brain, fam. Crypto people love gold. Number can only go up in the long run.

This is especially true when we consider that digital gold/silver markets are about to be DESTROYED. Once crypto takes over, the derivatives market is going to be exposed for the absolute fraud that it is. There is no such thing as digital gold/silver. These derivatives have been used to short and suppress the precious metals market for generations. After crypto obliterates them there's going to be massive supply shortage as the world realizes that PHYSICAL gold/silver are actually scarce and no one is going to be buying that digital bullshit. The pegs will be broken and prices will spike as the digital market crashes.

So Peter Schiff is actually just attacking himself by constantly attacking Bitcoin. Bitcoin and blockchain are the ABUNDANCE technology that are actually going to boost his dinosaur ass back into the new generation. Again, gold/silver will not be seen as investments in the future, but rather robust backups should there be massive failures in the new systems being built today.

We finally made it to April 1st: the best day to buy Bitcoin. 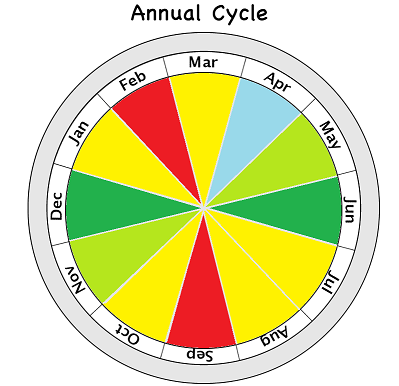 Even during a brutal 2018 bear market, April 1st was an incredible day to buy. The price spiked from $6800 to $9800 before crashing back to the $6500 baseline before the inevitable crash to the doubling curve at $3200 at the end of the year. So even in the worst-case scenario April 1 was still one of the best days to buy out of the year.

And that's no joke.

Go back in time for the last decade.
April 1 was a good day to buy every single year.
Number only go up in Q2.

If there was ever a time to acquire a strong BNB position, this is it. This is Swarm Intelligence in the making. Look at how many CUB users are willing to sacrifice 156% APR just to have half of their stack in BNB rather than BUSD. It's insane.

Again, it's very clear that a lot of users still feel like they are stuck in the BUSD LP and want to move over to BNB but they can't because of the massive reduction in farm. We should be moving inflation over to the BNB farm to allow them to move over.

That being said perhaps we are perfectly good just the way we are. In order to account for the massive threat of impermanent losses CUB/BUSD LP providers need to be incentivized with a lot higher APR to make it worth it. Still, I'm skeptical, as the market wants what the market wants, and I think that even if we reduced the BUSD LP by x8 and pumped that into the BNB farm I don't think that the BUSD LP would actually lose that much APR... it would just more opportunity for liquidity providers to be in the farm that they want. Competition in BUSD would be further reduced... pushing the APR back up.

During a mega bubble year, BUSD is very much deadweight to this market. As the price of BNB goes up, what happens? CUB is worth more in the BNB pool than the BUSD pool. This means arbitragers will have to pump BUSD into the pool to extract cheap CUB and pump that CUB into BNB pool to even out the price. The bigger the BUSD pool is, the more deadweight it becomes as BNB skyrockets.

Funny thing about that is that CUB is killing it right now. Price is mooning pretty hard. The den rats are raking in phat gainz. CUB is outperforming BNB, which means what's actually happening is that users are buying CUB with BUSD and it's the BNB pool that needs to be arbitraged after the fact.

Also, a near 600% APR in the BUSD pool is a HUGE honeypot to further spike up the price. Money from the outside is going to look at that and enter the main pool because the return is so high. Looking at the numbers, it's almost certain that the value of CUB will keep going up.

We've already made it back to a $4.50 token price, but more importantly, with this many coins in circulation, we broken the $6M market cap. That's insane considering we spent years trying to build value on LEO, and now it looks like CUB is going to flip LEO in less than a month... lol. What?

Remember, every 5 weeks CUB prints another 1M coins. If we hold $4.50 for 5 weeks, the market cap will be over $10M. Crazy stuff: not to mention we've almost broken the $20M TVL unit-bias milestone. CUB is HOT HOT HOT with no signs of slowing down. 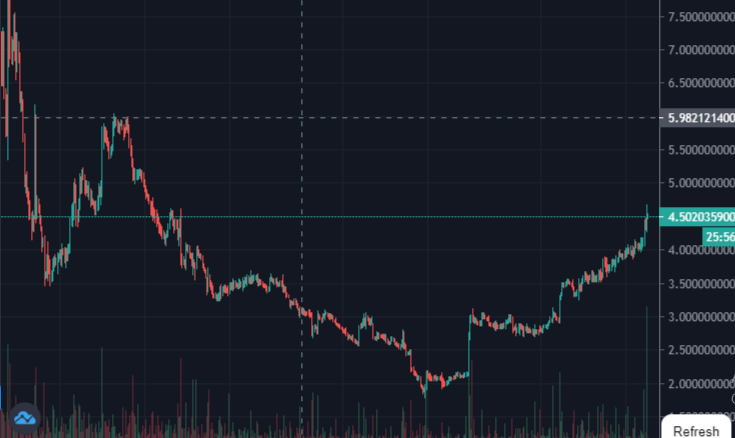 Looking at the chart, $6 might be a good place to take gains or put some money from the den into an LP. There should be some level of resistance there, but with this much buying pressure combined with the supply crunch who knows how long that glass ceiling will hold.

As Cub continues to moon, more and more users in the LP are panicking about impermanent losses. Many have abandoned BUSD entirely, which is why APR is so high. However, again, as stated before, that just creates a bigger honeypot for outside money to come in and spike the price some more. This snowball is starting to pick up speed. 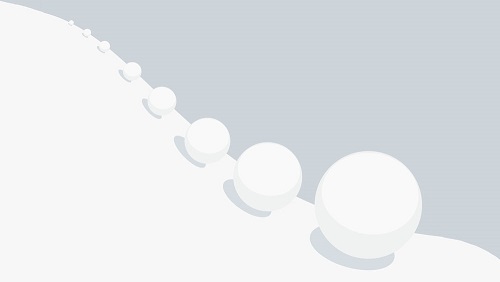 At this point I'm looking more toward $10 CUB before I start worrying about resistance, and maybe not even then. We still have a lot of fundamental gains to make:

Already 1% higher than the last time I checked a few hours ago. At this point I'm honestly a little annoyed I didn't all in the den at $1.90 after I called the low perfectly. I'd be up so much money right now... lol. Eh whatever farming is fun. Let it ride.

This is day one of Q2, and it's only going to get crazier from here. When we look at this bull run, what do we see? This is nothing like 2017. The market just keeps going up and every pullback gets bought back immediately with no time the rest. The mythical institutional adoption is here, and it does not disappoint.

Looking at the doubling curve baseline support metric, the 2017 bull run didn't even break away from the curve until JULY. Meanwhile, we've been broken away from the curve since October of the previous year. If this run really has enough momentum to make it to the end of the year, which I think it does, then this is going to be the biggest bull run in human history. I'm quite certain that Bitcoin will easily break $250k at the peak as I took toward the $400k mark before taking real gainz off the table.

Number go up. Buy some Bitcoin. BTC is still a good deal, as this is likely the spot we will crash to at the end of 2022. Don't let your friends and family get wrecked by the hype and FOMO of the peak. Everyone's going to be talking about BTC, crypto, DeFi, and NFTs at the end of the year. Get in while the getting is good.