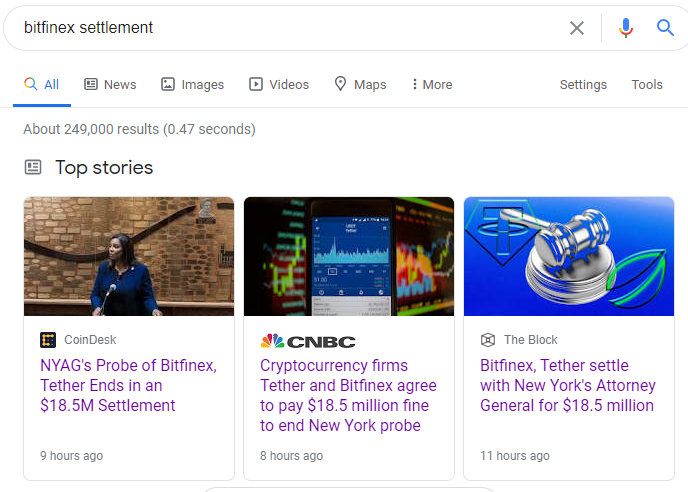 "Contrary to online speculation, there was no finding that Tether ever issued tethers [USDT] without backing, or to manipulate crypto prices," said Weinstein, a former federal prosecutor.

Ya don't say? Like all those times that I said as much? I hear Bitfinex has made out like bandits in this deal.

For those who are brave enough to try and read that brick wall.
Be my guest!

But let's be honest with ourselves: Bitfinex did no wrong, because Bitfinex is operating under purposefully aggressive regulations designed to stomp out competition.

I can 100% guarantee anyone that the fractional reserve that Bitfinex was running would have been allowable if they had a legit banking license. What's the rules for banks? Used to be 20% collateral in the vault and now it's 0%? That's going to end well.

“Tether’s claims that its virtual currency was fully backed by U.S. dollars at all times was a lie," James said in a statement. “Bitfinex and Tether recklessly and unlawfully covered-up massive financial losses to keep their scheme going and protect their bottom lines," she further said, adding: "These companies obscured the true risk investors faced and were operated by unlicensed and unregulated individuals and entities dealing in the darkest corners of the financial system."

You notice how we never actually get a motive? Bitfinex is dumping Tether for Bitcoin, pushing up the price and getting massive slippage. Then they sell low when the market crashes? That was the master plan?

That's how it works... that's when you have to create money out of thin air, then you have to figure out a way to get that Bitcoin back into USD without getting wrecked by liquidity issues. These are the logistics of operating a stable coin.

These regulators act like turning Bitcoin into USD is some simple process, or even more likely they don't know about and also don't care about how it works: all they care about is the rules they've put in place to keep themselves in power.

So duh, during a MEGABUBBLE, Bitfinex would obviously print Tether out of thin air to meet DEMAND, or else the peg would get broken and their product would be ruined. So now what do they have? A ton of Bitcoin that needs to be turned into USD ASAP. Easier said than done during a mega-bubble. 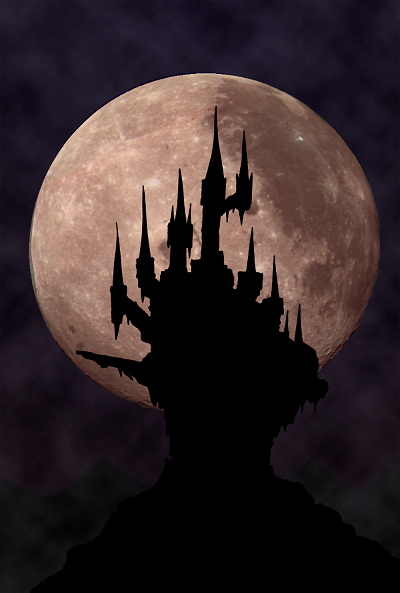 So of course from Bitfinex's point of view they've done nothing wrong. They are providing a product, probably had liquidity backed up and were holding BTC as they scrambled to sell it. The rules they are being forced to operate under are way more strict than the banks holding their money.

But for everyone to simply dumb this all down to "Bitfinex prints money out of thin air!"

Zero concept of the logistics involved.

When it comes down to it, Bitfinex is a bank.

A scrappy bank looking to bring competition into the space. The biggest anti-competition sector in the world: BANKING. So of course they are going to get slapped by these pesky regulations. Crypto and the legacy economy do not mix well. The disruption coming over the next decade coming is massive beyond measure. The friction will be red hot! 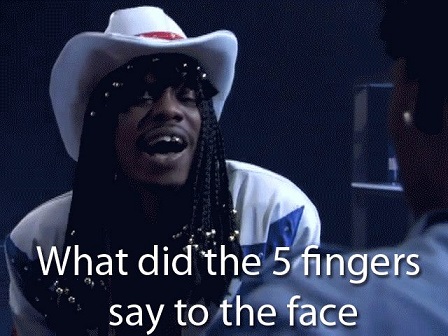 So how hard was the slap?

$18.5M and no admission of wrongdoing?
Was it even a slap?
More like brushing off a fly.
Shoo fly, here's $18.5M... mega bull run incoming.
Think about how rich they gonna be at the end of the year.
Crazy stuff.

With the settlement, the long-running legal dispute — which at one point saw lawyers from both sides sparring before a New York appeals court — comes to a close. Bitfinex and Tether say they provided more than 2.5 million pages of documentation to the NYAG's office to close the matter.