Shark Tank's Kevin O'Leary: "I don't understand Fungibility or Currency, but listen to what I have to say anyway!" 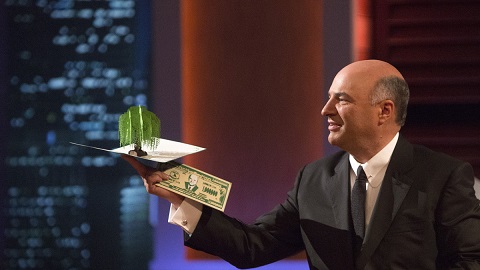 I have been seriously triggered.

I started reading crypto news on my Crypto Market (Crypto Lab) app and I only made it three posts in before running into this disaster:

Kevin O’Leary, aka Mr. Wonderful, says he will only buy “clean” bitcoins that are mined sustainably in countries that use clean energy.

Am I taking crazy pills over here?

Weren't the Shark Tank guys dunking on Bitcoin constantly only to make a complete 180 reversal, and now act like they are experts on the subject? This is sad. Please stop talking.

I seriously don't know if this statement is virtue signaling or just plain ignorance (probably a bit of both), but it hurts my crypto soul, that's for damn sure.

With Joe Biden and the Democrats taking office, the push for Green Energy has risen from the fire like a phoenix. As someone who leans left I'm thinking: "Great! Clean sustainable energy! Who doesn't love that idea!?" Too bad liberals have to ruin everything with their authoritarian bullshit.

With the rise of the New Green Deal initiative comes all manner of ammunition to wrongfully attack Bitcoin and crypto. "It wastes energy; it's destroying the planet." What a crock of shit. It's like they don't even care about green energy and would rather just use it as a political tool to gain more power (go figure). 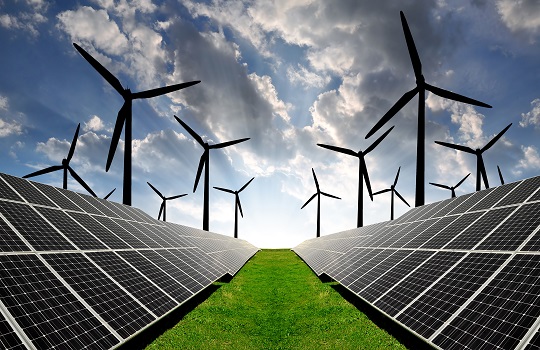 Now that the shark tank guys are pro-Bitcoin they need to address this issue that comes up in order to cater to liberal know-nothings who think Bitcoin wastes energy. "Don't worry! We won't buy any Bitcoin that wastes energy, we got you covered, fam!" Jesus Christ, stop embarrassing yourselves. This is pathetic.

Once again, this is all just virtue signaling for the toddlers who sit at the children's table of politics. Make-believe solutions are being fabricated to solve make-believe problems rather than just educating the children about the facts of the matter.

Not only does Bitcoin waste zero-energy, it generates energy out of thin air, just like it creates money and value out of thin air (that's what all abundance tech does). Bitcoin is going to solve all the world's energy problems because it is literally is a magical unicorn asset that can turn energy directly into currency. This is something that shouldn't even exist, yet it does, and we don't even know who built it. Double whammy insanity.

So how can Bitcoin be the seed of infinite sustainable energy when all it does is "waste power"? Simple. We can now build full-scale sustainable-energy power-plants anywhere in the world and use every last drop of surplus energy it creates.

It doesn't need to store the energy for later. It doesn't need logistics to transport energy to buildings that require it. It can consume every last kilowatt of energy on demand and turn it into currency using proof-of-work. Again, this is a prospect that should be impossible. It should not exist, and yet it does, and nobody seems to get it and it's aggravating as hell. 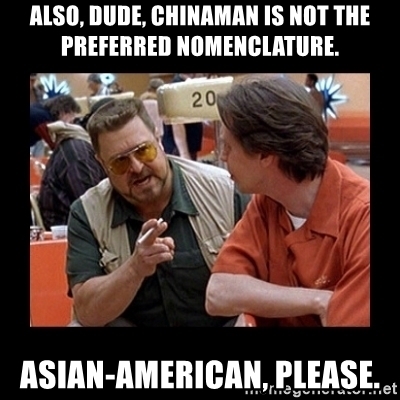 Why does nobody get it?

We can build a powerplant in the middle of nowhere before anything else is built there. Zero infrastructure, and the powerplant will start immediately paying off the principal cost at the most efficient rates possible that were previously absolutely impossible to attain.

That means we can start slowly building infrastructure around these powerplants in the middle of nowhere and start tapping into that near-free energy, slowly taking the Bitcoin miners off the grid to allow other sources to draw power from it. The Bitcoin miners simply suck off the excess energy at the end of the line after no one has used it, making sure that NONE of it goes to waste. Sustainable Bitcoin energy is going to fund every crypto city-state that ever gets built. That's how crazy and serious this issue is, and no one can see the writing on the wall. 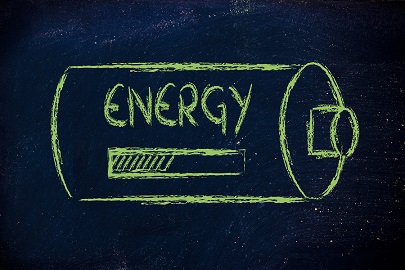 You know what the best part about all this is? I don't even have to be right. I could be dead wrong about everything I just said. Bitcoin could consume a ton of energy, and it still wouldn't matter. It's very obvious that even if a massive amount of energy is being used: that energy is well worth it. So so Obviously. Bitcoin is a beacon of truth in a web of lies, and all the crybabies at the kid's table parrot what they've been told to from up high. As if the cost isn't worth it? Please. Explain how central banking works before you speak again, child.

And what do we get?

Oh, don't worry: children. We aren't gonna buy those mean ol' Chinese Bitcoins! Yuck! Uncle Wonderful is going to take care of everything! Rather than teach you how mining works or how the FED operates or the principles of the Byzantine generals problem or cryptography or the economy or corporations or taxes or debt slavery.... nonono that's a lot of work. Don't worry about it. China bad. Number go up! OOOO look how pretty!

Which is why I think a statement such as this is born much more out of ignorance than actual deception. Seriously think about it: what real incentive do billionaires have to do their homework and learn about this complicated stuff. They've already made it. They already did all the work back in the legacy economy. Now they're on top and they're lazy because they can afford to be lazy. We cannot. 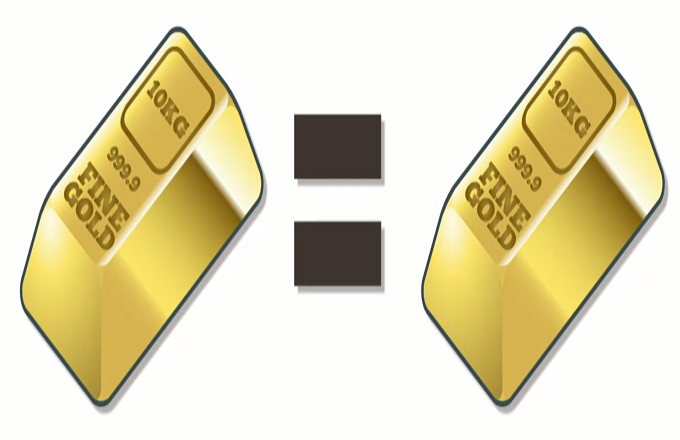 It's hard to believe that I've talked this long without even getting to the core of the issue. If someone tries to say that this "Chinese Bitcoin" over here doesn't have as much value as another Bitcoin, that breaks the very definition of fungibility and currency altogether.

All Bitcoin needs to be interchangeable. The tracking needs to stop. We need more privacy like Monero to prevent these people from undermining (whether out of ignorance or malice) the core tenants of what it means to be currency.

And there are really a lot of ways to go about doing this. The most obvious way is to continue allowing non-KYC exchanges to flourish while building out decentralized exchanges. Bitcoin from everywhere will go everywhere. This can't be stopped unless we purposefully allow it and create demand for it.

Hotwallets will continue to mask the origin of all coins so long as those who control those wallets protect the information being stored on their servers. Obviously atomic swaps to other currencies, especially privacy currencies like Monero, would be the final nail in the coffin on this front. 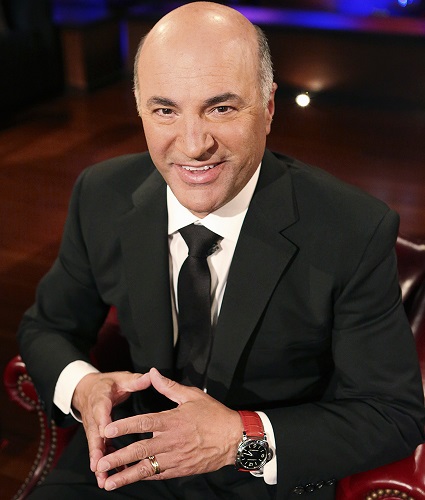 Sometimes I look like Patrick Stewart from Star Trek: Engage!

“All of a sudden there’s this huge demand for virgin coins with its provenance known,” he continued.

As in NON-FUNGIBLE YOU STUPID WANKER?

O’Leary, who once called bitcoin “garbage” and a “giant nothing burger,” revealed in February that he has invested in bitcoin following the approval of a few bitcoin exchange-traded funds in Canada. He also disclosed that he put 3% of his portfolio in cryptocurrencies.

So why do we care what this know-nothing has to say?

Quite simply: Because other people do.

These Shark Tank guys and countless other "experts" have a lot of money and a lot of pull. People automatically think: "Surely this richy-rich knows what he's doing! He's a multi-millionaire! Everything he says must be good advice!" Of course to believe such things means forgetting they made contradictory statements just weeks before, but who's counting? We already live in a 1984 hellscape. War is peace, remember? 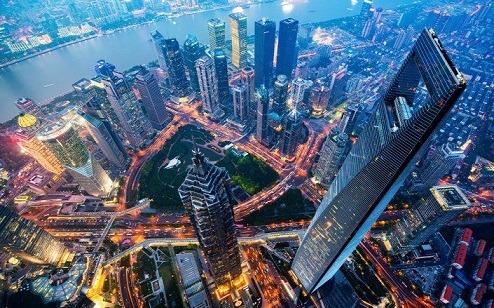 Why is energy in China so cheap?

What does Quora have to say?

It’s not “so” cheap, but just a little bit cheaper than in the US. First most of China’s electricity come from coal, which is the cheapest fuel to burn(and creates most pollution). Also, a large portion of China’s electricity come from hydro-dams. China has the world’s richest resources for hydro-power. It costs a lot to build the dam but once you build it, the electricity generated is very cheap. China also has less regulations on energy companies(in most aspect of macro economics, China’s ruling class are more like the republicans in the USA).

One last thing to mention is that China has the world’s best infrastructure for delivering and distributing electricity over distance. This has greatly reduced the waste. I once read an article that a super high voltage line between Hubei province and shanghai. over 1000 miles, only has a loss of about 3% which is unthinkable in the US(the typical loss of long distance power transmission in the USA is about 10%).

So it's okay to buy Bitcoin from China when it's from the hydro-electric dam, but not okay when it's coal: pull your head out of your ass "Mr. Wonderful". I welcome you to the real world.

The results are in, and no one gives a shit about the "terrorist/child-molester/drug-dealer angle". People aren't swallowing that bullshit anymore. You know what they're gobbling up like candy? This whole asinine sustainable energy claim. The liberals are loving it. Try to teach them something without being as harsh as I am in this post: or they'll shut down and never understand out of pure spite. Their loss I guess... No: everybody's loss.