What do you think happens to the price of Bitcoin when Publicly Traded BTC Miners stop selling the Bitcoin they mine?

The rate of new supply on Bitcoin is fixed, but it doesn't mean it all comes into the market...

If you have followed bitcoin for any length of time, you have likely heard about the stock to flow model by now...

It forecasts future prices based on the rate of new supply coming into the market compared with existing stockpiles and is often used to price commodities and natural resources.

PlanB is now infamous for applying this model to bitcoin and thus far achieving remarkably accurate price predictions to date.

However, there is something that could happen with bitcoin that could blow the model projects out of the water, in a positive way.

Right now, it projects the new supply being created each day mostly coming into the market, but what happens if it doesn't?

What happens if the publicly traded miners start using debt and equity to cover mining expenses and instead start hoarding all the new bitcoin they are mining each day?

I'll tell you what happens...

The price of bitcoin goes vertical and way higher than the stock to flow model is projecting in a specific time frame.

How likely is this to actually happen?

The first thing I thought and you were probably thinking as well when reading this is something like, "yea that's great buy how likely is that to actually happen?!" 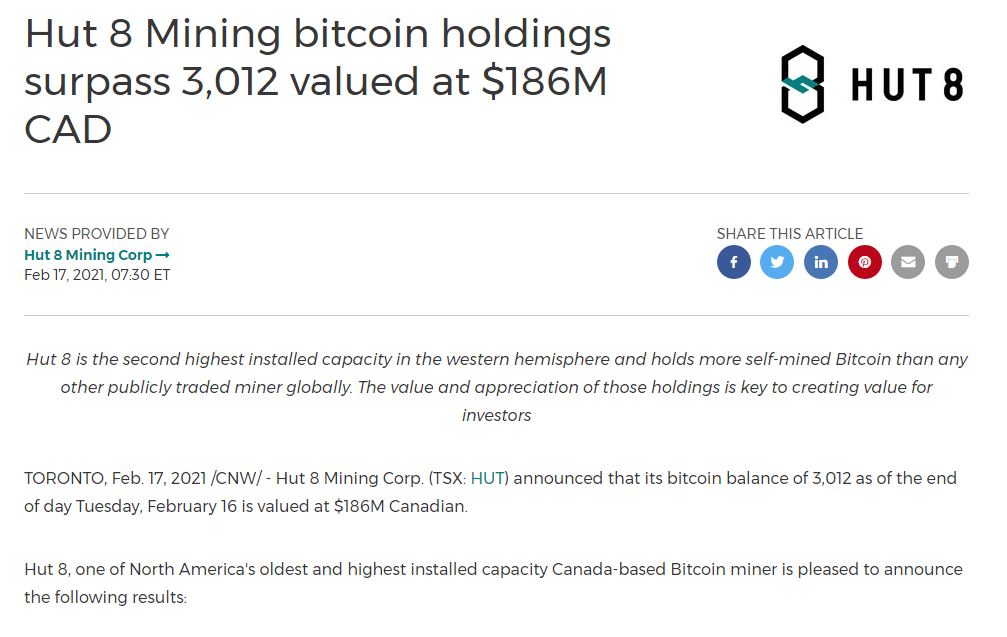 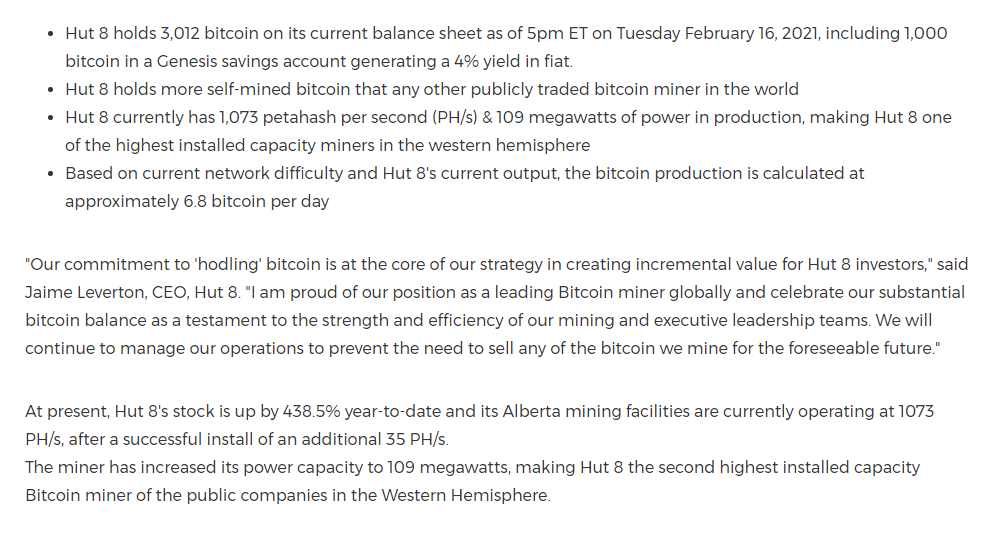 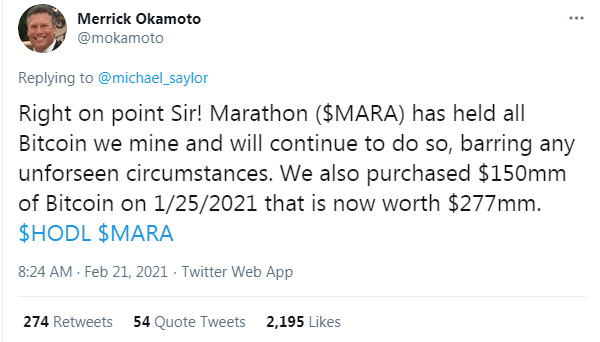 HUT and MARA are just two examples of publicly traded bitcoin mining companies that are starting to hold more and more inventory with the expectation that prices are going to continue climbing.

I suspect this trend is going to bleed over into other mining companies figuring out other ways of sustaining operations while being able to hoard more and more of the coins they mine.

The perfect storm is brewing...

The neat thing about this is that holding more bitcoin that's going up will cause the stock prices of these companies to rise, enabling them to issue more equity at higher and higher prices to fund operations.

This in term will allow them to hoard more and more bitcoin not putting much of it on the markets slowing price appreciation, a massively positive feedback loop.

If this trend catches on with other publicly traded miners, there is literally going to be no bitcoin available for new buyers to purchase at current prices.

The price will have no where to go but up and up and up until it reaches a point where sellers are comfortable selling again.

Given the current trajectory and momentum surrounding bitcoin currently, there aren't many people comfortable selling around current prices..

We literally have the perfect storm brewing right now for bitcoin.

Last year I was expected bitcoin to peak somewhere slightly over $100k during this cycle, however, now based on everything happened these last several months, a peak over $200k seems more likely.