Is Bitcoin Going to Zero?

One of the more entertaining theories I've heard recently is that $BTC is going to zero.

It will not be worth anything because reasons (pick from: USDT is a fraud, governments will ban it, people will realize nothing is backing it, we will be on a new gold standard).

To me, Bitcoin, and crypto in general is still a very binary bet. Either people will find an alternative to fiat currency created at the whim (hence fiat) of various governments valuable or they won't. I'm betting people will continue to see value in that alternative.

This is the Demand Deposits chart from the St. Louis FRED service.

Essentially, this is money in bank accounts.

Before the Great Financial Crash (GFC) it was 306 billion. So there is 10x more money in bank accounts now than 14 years ago. That's kind of a big jump.

Now the vast majority of that newly created cash (technically cash-equivalents) is sitting in institutional accounts. Remember those big stimulus bills with those big multi-trillion dollar numbers? Most of that did not go to you and me. It went to all kinds of other things. In this way we've only seen "moderate" price inflation.

Technically, the amount of money in accounts could be reduced. People could pay back loans. The Fed could completely change policy. But both of those seem relatively unlikely.

"The Great Reset" is a term coined by the World Economic Forum. 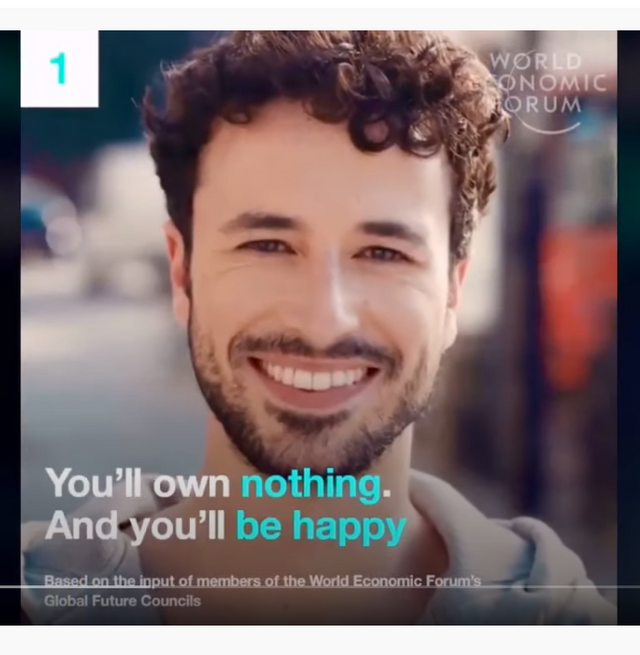 The basic idea is that society will be completely reshaped over the next decade. Among other parts of that idea is that there will be a transition to some sort of soft, friendly communism where nobody individually owns anything.

My point here is not to debate the merits or likelihood of something like this happening. The point is that there are pressures on governments to move in this direction.

So what'll it be?

So, in a world with more and more money floating around and pressures to take things away from you as an individual, do you think an external monetary asset will be more attractive or less?