Monetizing the sun with Bitcoin, a winning and clean combination. 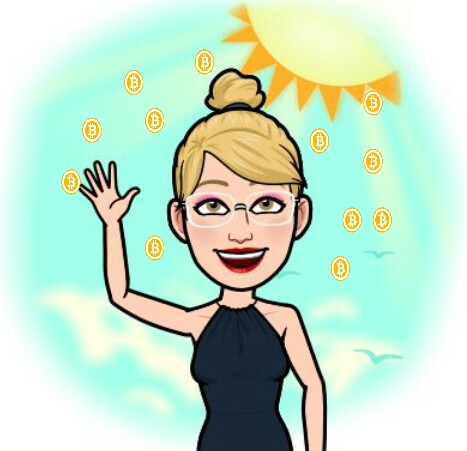 In general I have always believed that investing is something that should be done with a well-defined purpose, in my case every time I make the decision to mobilize my money to some activity that generates income I do it thinking that it has a productive purpose. I firmly believe in the power of cryptocurrencies to change the world, however, they will have little effect if we do not make them serve to generate work, a scarce factor in these difficult times.

It is precisely thinking about this fact, the work, what drives me to transform my cryptocurrencies into a value so that other people like me can benefit from this type of money giving it a use that could be considered as solidarity. Being supportive does not mean giving away money to the poor, I am not a philanthropist nor do I believe that you, my friend reader, are, I simply refer to a way of seeing the game (as Jhon Nash would say) from a point of view where the resources provided benefit both the investor and the recipient of the funds (again Nash: win-win).

On the other hand, investing cryptocurrencies with the old parameters of the last century does not make sense, just as we stopped believing in fiat money, why continue giving opportunities to polluting elements such as oil, coal or natural gas, knowing that fossil energies will gradually cease to dominate the planet, giving way to cleaner ways of powering the planet. The future holds that energy storage will be the main method to mobilize economies with lithium and cobalt taking the role of oil and coal in the 21st century, but what about the sun?

Every day we receive from the sun the amount of radiation needed to power and illuminate every light bulb or engine of 11 earth planets every 24 hours. Now we have the technology and common will to generate, store and transfer solar energy converted into electricity in an efficient and inexpensive way, without the need for large investments in expensive infrastructures developed by generally centralized electric companies, it is now possible that each person in this world individually can use sunlight for their own sustenance, with the Bitcoin as the center of this new energy concept.

Are Bitcoin, the sun and electricity compatible, of course they are, and from the African continent there is a project that is positively revolutionizing the people of southern Africa, with the main cryptocurrencies as the focal point of an economy based on the transformation of the sun's radiation into electricity through the investment of any person regardless of where they are in the world.

The company Sunexchange proposes a form of business where they offer productive projects, schools or African communities the technology and labor to install the solar panels needed to transform sunlight into electricity. The business is that Sunexchange offers the solar panels for an investor in the world to buy them, it can be in fiat or BTC, once all the panels required to power the work have been sold the owner rents his investment to the project for 20 years, which will return the profit in crypto or local fiat currency if you prefer.

Being located on the other side of the world I invested my bitcoin in the purchase of 10 solar panels in various productive projects in South Africa, so that these will generate me an income in BTC for two decades while helping to achieve energy and economic independence with the support of the main cryptocurrency and a large community in the world. The monetization of the sun in this way will be the way to link BTC with the real economy in a sustainable and clean way.