Are You Ready For Massive Growth On Hive?

The calm before the storm.

Anyone who lives in an area with hurricanes know what this means. Usually, the day before a hurricane is set to hit is gorgeous. The weather is clear, sunny, and with a light breeze. Unfortunately, this does not last as the chaos is bound to ensue.

With Hive, I feel we are at the point, as users, where we are seeing the same situation. It is clear. Things are pretty steady. Nothing massive is taking place.

That is all about to change. 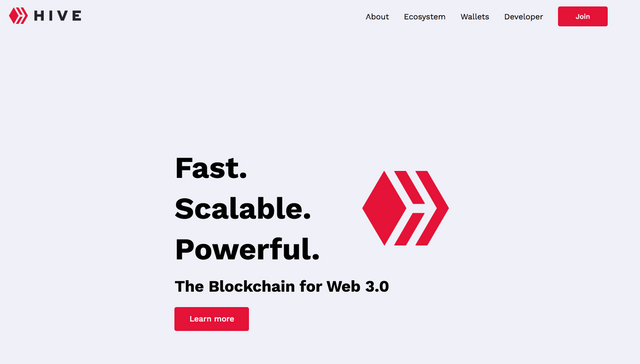 Since Hive was released 11 months ago, one area that was not calm is in the area of development. This applies to both the core blockchain and Layer 2 solutions. Both levels are experiencing significant changes that are going to start to attract a great deal of attention.

To start, the blockchain is running better than it ever did under Steemit Inc. The optimization that took place under @blocktrades guidance increased the capacity greatly while reducing the cost to run the chain. At the same time, in listening to the developer calls, we will be seeing other plug ins that are going to make life a lot easier for developers.

With the foundation improving, this is giving confidence to those who are building on the second layer.

Over the past few months, we have a number of announcement/road maps that are outlining where things are going. Best of all, the teams behind this are actually bringing applications and updates to market. This is not just discussion.

@3speak already released its client that is a central piece to their decentralized video storage platform. At the same time, Hive-Engine added a number of updates that decentralized their platform to a much greater degree while adding DeFi capabilities. We also see @leofinance close to rolling out a couple of applications, along with an airdrop, that will really enhance the social media and financial aspect of that platform.

According to Crypto.com, we are looking at an industry that now has more than 100 million users. This is a substantial basis from which to build upon. 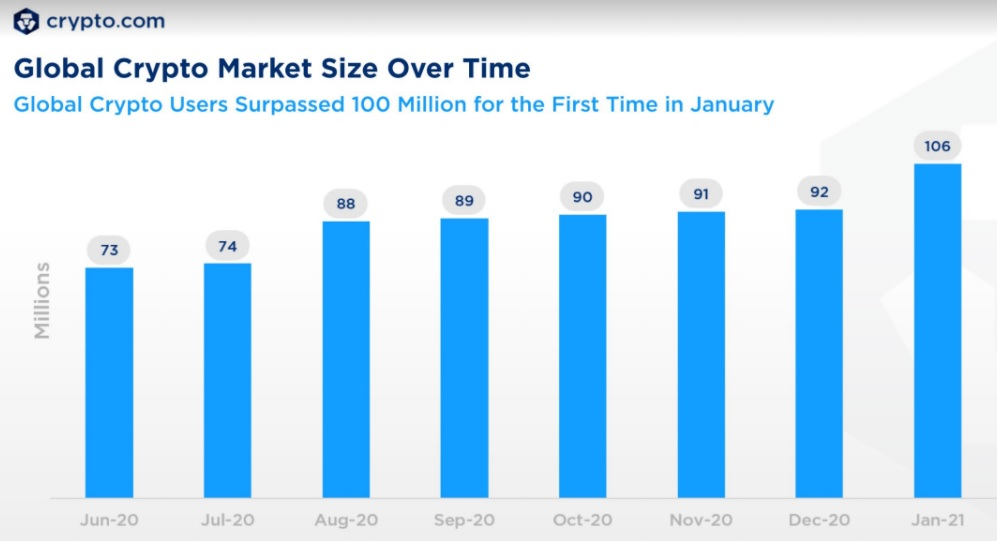 So why is all of this leading up to massive growth for Hive?

It all starts with the mainstream social media sites that are continuing their actions. Yesterday, Coindesk had their YouTube channel wiped out. 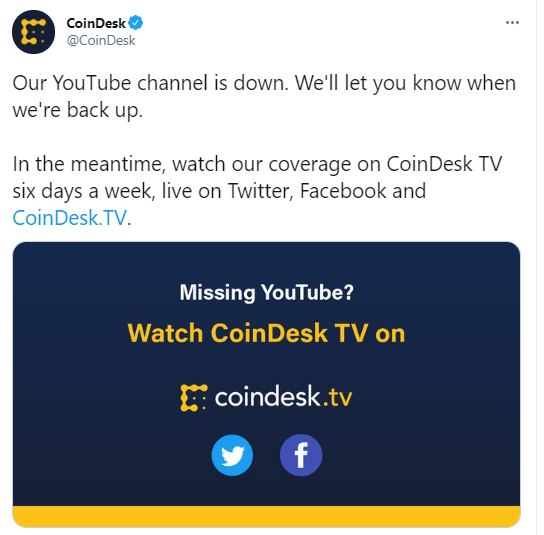 Have no fear, all is well. Google reinstated the account later, allowing the crypto community to breathe a big sigh of relief.

Of course, throughout the day, the conversation was centered around how this shows the need for decentralized social media. As always, the big crypto "influencers" run back to the same well as soon as they can. Instead of using decentralized platforms, they simply talk about it.

This is not going to be the case much longer. What is being offered in the decentralized world is improving. A couple years ago, there was not much. However, with all the develop taking place, we are seeing applications that are nearing what people can find in the centralized realm. While the feature set and ease of us might not be there, it is getting better. Over the past couple years, the user experience has improved greatly.

On Hive, we are within a couple months of seeing blogging, "twitter on the blockchain", and decentralized video content uploading. Couple this with the fact that we offer true account ownership as well as the ability to not have the content taken down.

As an added bonus, for those who are truly interested in a building a social media following, we offer the capability to only have to do it once. Unlike the centralized silos, a follower on Hive see all activity. Thus, one is a follower for blogs, "tweeting", and video. A content creator does not have to build a following for each area.

Which brings up the biggest issue in all of this: the financialization of social media.

Account ownership is important. However, it becomes vital when money is involved. The trend is for social media and finance to merge. This means one's account will have a great deal more value in the future. For Coindesk to lose its YouTube account, that is a pain in the hind end. However, it is a much different story if there was a million dollars in a wallet tied to that account that is suddenly locked up. This is the power the centralized entities are looking at acquiring (especially Facebook).

On Hive, we are reaching the point where we have enough of a foundation which to offer a great many opportunities to users. This was something that, painstakingly, was built over the last couple years. Fortunately, we saw it accelerate over the last year after the hard fork.

This mean the tentacles of this chain are growing. When it comes to outreach, this will only work to our advantage.

Many post about the need for marketing. What is crucial to understand about blockchain is that each token holder is a pseudo-owner. Thus, we have the ability to market this platform since we all have a piece of it. The reason why this is incentivized is because the Network Effect will propel the value of everyone's holdings higher.

At this point, it is a concept that is overlooked by the masses, even those in cryptocurrency. The "influencers" who are effectively supporting YouTube and the other centralized entities are missing out completely on the Network Effect that is building. We are in the attention generation era with value residing where people are pulled to.

It is short-sighted to believe the future is with centralized social media. A couple years from now, the gap between the two will be nearly closed. Thus, it will come down to what is being offered. The business model of these companies prevent them from making major financial changes to their system. Wall Street simply will not allow it.

However, on our platforms, we see something completely different. With Hive based applications, the financial aspect is built in. We have a core reward system as well as other ones built on top. This provides incentive to people to take stake in what they are doing. Those with the long-term vision see this clearly.

Price may or may not be reflective of what is going on. What we can take away is the trend of things. While the price has been rather disappointing, the development has not been. This is the foundation. Ultimately, the question is what will kick off the Network Effect because that is where the true value comes from in this arena.

Naturally, development must precede the growth of users.

This is what is putting Hive in a prime position to benefit. With the advancement of the ecosystem as a whole, we are getting to the point whereby massive growth in users is bound to take place. We are covering a lot of the bases: social media, gaming, investing, financial, and community.

A couple of simple breakthroughs will cause massive growth on Hive.

Are you ready for it?