A Table of Four. Turning Everything Mundane into Crypto...

I love talking crypto and I could do that for hours without getting tired, I definitely appreciate whenever I have the occasion on actually learning something from crypto like minded people, but that doesn't happen too often in my home town.

I'm one of the few who are into crypto in here, at least from my perspective. There are probably many other HODERs that I am not aware of, but I doubt we're too many.

The idea is that being a "crypto fanatic" I somehow tend to make any topic a crypto topic and as odd as it might sound, it's actually possible, considering that blockchain technology is starting to penetrate quite a few real life sectors.

I was asked about Pi network today by some fellows I was out with, after getting back from the barbershop, and my stance on Pi is that I don't get its meaning. They say they're mining it, but the users are actually getting airdrops, they say the coin will be listed, but nowhere near that and the project is so far just full of promises. 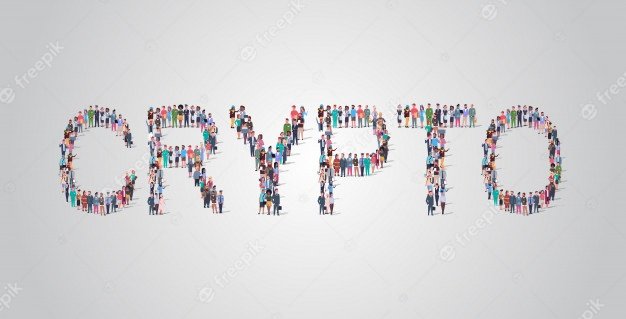 That's what I advised two of the participants at the discussions today and that's what they did. They both bought $100 worth of crypto(Litecoin) and are now crypto holders. I, have actually bought it for them, as they're still waiting for their accounts approval and will send them the crypto to their wallets, once everything settled.

I've noticed something interesting though at this new breed of investors, if I can call them investors after all. As soon as they got the taste of it and while I was talking about Hive they asked how can they earn more without no initial investment...

I honestly have no suggestions for them, other than Hive and some #playtoearn games, but considering they're not the best English talkers or writers, that's going to be difficult and don't have a minimal education on blockchain either. The thirst for turning crypto into actual money, like literally doing something for crypto is here and sooner than later earning crypto will be an activity of the mundane.

Meanwhile my recommendation for newcomers is to educate themselves on this matter before dreaming of 10x revenues and free internet money.

We ended up talking crypto because I was asked what do I do at home "while everyone else is watching Netflix"... Well, I have tons of news, blogs posts and tweets to digest on a daily basis, thus not much time left for watching movies. That's how I spend my time and it's become so productive.

Watching Netflix costs you probably $10 a month while watching hours a day of content that will probably not improve you personally in any way. Being in crypto as a content creator and as an active community member in the crypto sphere is definitely more rewarding. That's how I spend my time, I don't do Netflix, but I have nothing against that though.

Talking all sort of topics related to finance and crypto, I realized how much Leofinance and crypto twitter has helped me in understand the overall trends of the world. I no longer feel like a leaf drifting in the wind and that's something during these times of change that we are living. We often times take Leofinance for granted though, but it's actually a highly productive app even for personal development.

Have a great weekend folks and see you to the next one!