I Sold Crypto Just To Be in Crypto

We're living volatile times in crypto and the run up seems to be having more fuel than some of us can imagine. According to 99% of the CT, it seems that BTC's touch of $60k today is due to Reports that Tell SEC-Approved Futures ETF is Closer than Ever. I'd say: yes and no...

On one hand a Bitcoin ETF approved in the US, although the one being talked about in the news is a futures and not a spot one, is going to have a huge impact on Bitcoin and on the other, I believe that "the debt ceiling" saga from the US and the inflation almost every country in the world is currently experiencing is what actually fuels the BTC rocket.

Bitcoin is becoming a hedge against the legacy system and the current falling economies before our eyes. By the way, I love how Senator Cynthia Lummis put it and how she underlined Bitcoin's "vital role" in the world atm with her speech.

"I wish I hat kept my 1.700 BTC at $0.06 instead of selling them at $0.30, now that they're $8!" This was a famous tweet from back in the days when Bitcoin was just seeing the light of sun and getting its head out in the world. I have quite been in this situation as well and I personally know some others around me that "have been there". 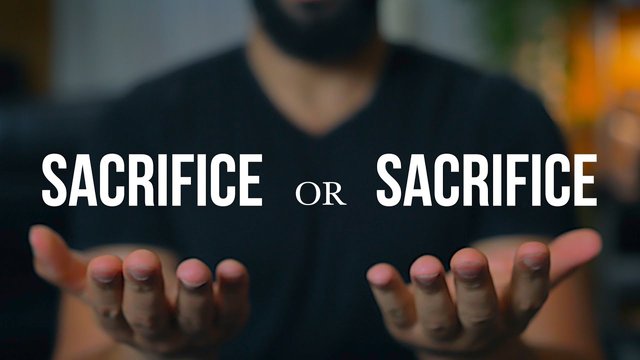 I haven't owned that much BTC ever, but I remembered today, while having a tea with a friend, that he sold 9.25 ETH one year ago for roughly $3,600... Now that amount of ETH would be 10x the value he got a year ago, but the deal is closed. You can't rewind time... I've been in this situation as well and so has Vitalik Buterin, when he sold 500,000 ETH to Novogratz in 2015.

The co-creator of Etehreum was asked in an interview recently, while in Romania, if he regrets doing that and he clearly said... NO. According to him, if he wouldn't have sold that ETH back in 2015, he wouldn't have had the funds to fuel further development for Ethereum and the blockchain would probably won't even exist nowadays.

I was selling ETH at, and under $300, last year as well. Why?... Because I needed cash... I've sold HIVE for $0.10 a coin, too, and I don't regret it at all. I know these prices were dirt cheap, but had I not sell and make a living out of that money, I would have needed a shitty job in the legacy system, being forced to accept totalitarian covid measures and wouldn't have that much time anymore to do crypto(Hive).

I sold crypto to be in crypto.

Not all of us afford to HODL for years and sometimes life forces you to sell for bargain prices, but it is what it is. I've entered crypto solely for the purpose of extracting myself from the legacy system and in order to survive "the maturing process" I had to sell cheap.

Constantly cashing out HIVE is what kept me afloat as a blogger. Some are probably blaming me for that and consider me a "bad community member", but doing Hive full time requires sacrifices. I don't like being forced to sell cheap crypto and consider that every HIVE sold under $1 was and still is sacrifice selling, but there's no way around for me. Especially now with these idiotic vaccine mandates...

I guess there's a Vitalik in any of us... Sometime you have to give potential future wealth away, that can be achieved by HODLing, just to stay in the game... Just don't regret and keep on going. This space is like the google, amazon and Apple of a decade ago. There's lots of upwards potential and exponential growth. Just stick with it.