"I've Missed The Boat... But I Will Keep Purchasing Physical Objects Thinking They Could Store Value"

Will a Picasso work of art 10X in value in the next two-three decades? Probably not... Will it hold value for the next ten years? Probably yes... Would I invest in such assets, if had the funds of course? Definitely not.

Why? Because I'm a crypto fanatic, because I've heard about NFTs, I know their backbone principle and have a vision of where the world is heading. It's a quite blurry one, but it's 100% digital. Physical stuff, although necessary for many decades ahead, will gradually loose value as digitization eats it.

I was talking to a couple of friends yesterday, who are not in crypto, and at some point we ended to the topic "store of value" and both of them had gold on their mind. One was constantly adding gold, the 14K type, and the other was thinking of investing in something that could be a hedge against inflation and devaluation of the physical world.

I've stated my case by simply saying I won't look further than Bitcoin/crypto. The one that is constantly buying gold as a store of value was thinking to start "a gold fund" for his four years old daughter, that he could hand her when she's eighteen. What a terrible mistake, I was thinking, but didn't say it out loud. You could have stacked sats, you fool... 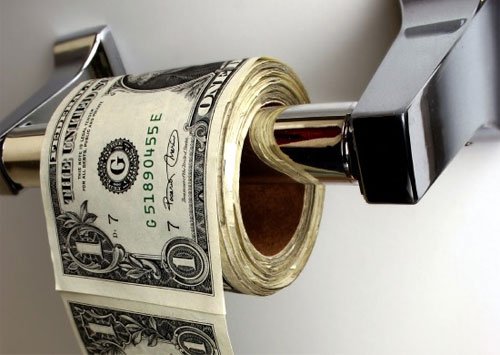 He knows about crypto, we have a common friend that was in crypto and this topic was brought to table as well, because he asked how many ETH did our friend owned, before he dumbly sold it... 10, I answered and than he asked how much would the 10 ETH be worth right now. $34,000, I told him, but he could have sold them for $42,000, back in May, or wait for a few more months from now and probably get to six figures.

Unfortunately the 10 ETH were sold for $400 each, after a 2.5X price appreciation. The gold bug got hit though, when hearing how much value ETH gained and said: I wish I bought some ETH last year, too... Hallelujah. That was the magical moment when I knew we're getting closer and closer to the mania phase of this bull market.

When you hear people around saying that they know they missed the boat, they regret not buying, but refuse to buy, you should know we're close to the peak of the cycle. I was in the same position in 2017, I recognize myself in here. If that man comes back when prices are outrageously high and asks how he can buy himself some crypto, it's time to leave the Titanic behind.

I don't do TA, I respect people who do it, and do that good, I see some value in it, although wouldn't rely solely on charts to decide when I should enter positions and when it's time to leave the boat, but I have my metrics too, some are real life and some are collected from social media. The way I see it, charts are nothing but a reflection of the psychology of the market.

I believe 100% that the current cycle will not fully replicate any of the past cycles. The world has changed and the crypto space is starting to take bites of the real world as we knew it. Reverberations of the crypto world are no longer drops in the ocean. The rocket is starting to take off and there's plenty, if not infinite fuel, to feed the engines. Just hold tight and have a great weekend :D.