At this point I guess nobody knows for sure what resemblance still lies between the 2017 bull market in crypto and the current one. My gut feeling tells me there isn't any resemblance between the two, as there wasn't any between the 2013 one and the previous bull cycle.

This is actually my first complete cycle in crypto actually. I know we haven't peaked yet and my gut feeling tells me there won't be any bear market similar with the previous ones following the peak we'll have sometime in the near future, but I can call myself an OG.

Not from the point of view of skin in the game, but from the "time in the market" perspective. I have four years since I bought my first crypto, witnessed Bitcoin go from $3,000(when I was supposed to load heavily) and peak at $20,000 and survived the bear market that followed afterwards as well.

I've earned "my sign" through a lot of time spent in this space and some money thrown on bad trades. I kind of learned investing on the hard way, and for this matter crypto has been my first ever owned asset.

I joined Hive(former Steem) back in February 2018 and at that time the bubble wasn't completed deflated... I consider that crypto is still in a bubble, but one that keeps on expanding and has its time deflating once in a while, but not expecting a pop to it anytime soon. 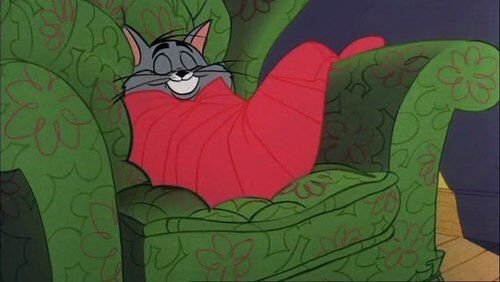 When I joined Steem we used to have posts around here that were earning hundreds of dollars and some of the users were scoring them on a daily basis. They just needed to show up and "thanks to autovotes" the bags were being filled in a blink of an eye. How many have cashed out at that time, when STEEM was still over $3, making fortunes with all that money is out of my knowledge.

I sure know though that I was highly frustrated because I wasn't getting any(hyped curation). My posts were earning $1 maximum and I once had "an occasional post" that got some 40 STEEM in rewards. That was the peak for that era. I was a newbie back then, "window shopping" on other people's content.

I haven't quit though and here I am almost four years later, with the ability to be full time on Hive, AND HIGHLY GRATEFUL FOR THAT. I feel like I truly am on the right boat at the right time this bull market and going further in the super cycle. I'm not scoring the highest payouts on Hive, you can check the trending page and you will definitely not find me there, but I'm no longer in that position of being invisible.

Chances are that I might, too, score a post at some point in time worth a few hundred dollars in payout. Fingers crossed. When it comes to my portfolio outside of Hive, I am quite optimistic as well. I know how a blow off top feels like and I won't miss it.

Yes, I've stated so many times on this blog and standing by my statement: I believe we're in a super cycle, but that doesn't mean the market won't peak, at some point in a few months from now probably... That's when I plan on taking some profits off the table, buy myself something nice, stake some stable coins and reinvest once everything cools down.

The idea is that I feel like I'm way better positioned now than I was in 2017. I'm no longer like my friend who just bought $200 worth of crypto and dreams of making hundreds of thousands, or millions, with his investment I believe I'm rooted enough in reality to see things as they are and not as I want them to be. Feels good, you know...

Especially during these shaky times when nothing seems to be working in the world and crypto is starting to look more like a hedge against all the factors shaking the world, than a mere speculative asset that's mostly used by geeks. Enough for today though, hope you've had a nice weekend and see you to the next post.