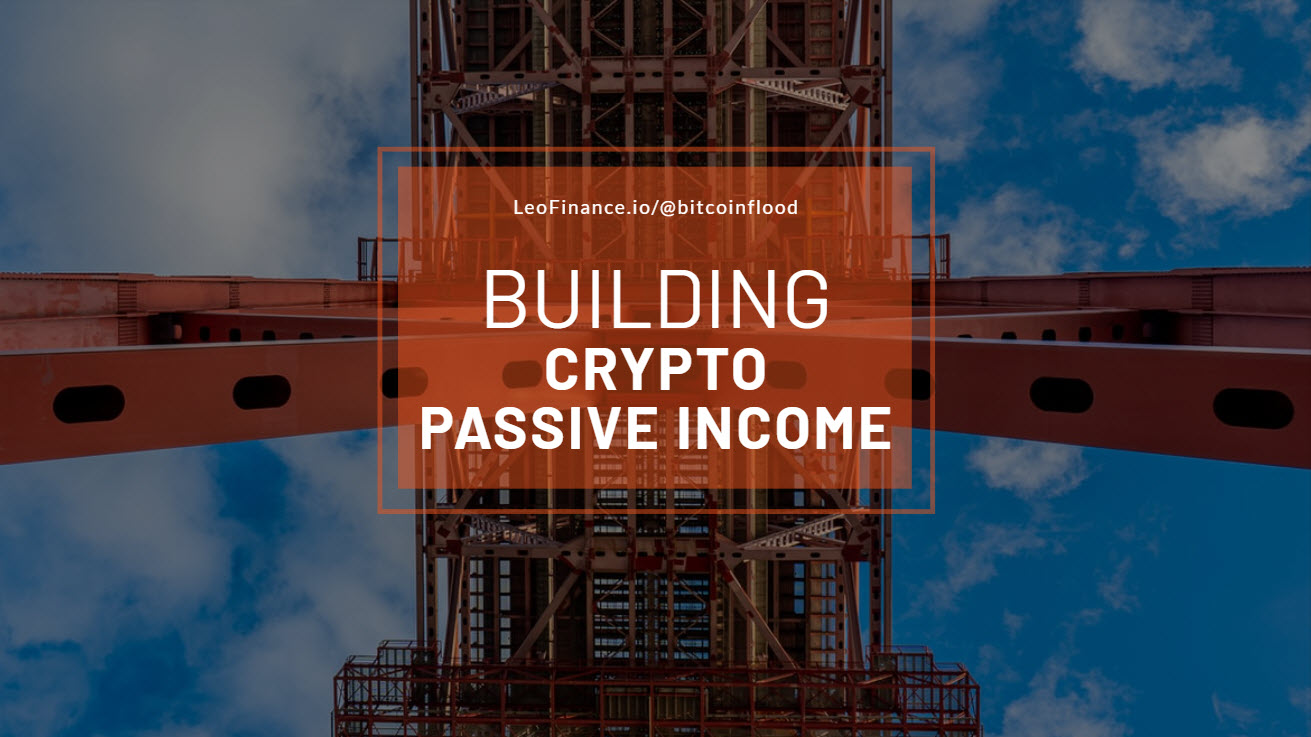 A few years ago I started on my journey to financial freedom. It was a rough road at first. I had lost my job due to cuts in 2008 and was the moment I decided I would start working for myself and taking the skills I had and putting them to good use.

It was shortly after that where I read a few books about finances and passive income. I knew it would be a long road but one that would be worth starting now. 13 years later that passive income now sustains myself and my business through hardships like we saw last year and it didn't come easy. At first I skipped meals, didn't buy anything, went around and picked up discarded items such as a keyboard once when mine busted and more. Every time I did this it ended up saving me money but I didn't want to just save money I wanted to take that one step further. Any time I picked up a free item that I would of had to pay for or a meal skipped I would take the amount that I would have paid for at the store or for the meal and put it into some form of passive income.

At first that was a savings account to have a backup emergency fund first. From there it went into passive income in terms of dividend paying stocks. I didn't care much if the stock went up or down in price. Instead I cared about a long running history, how it did during the 2008 crash and possible future growth of the company.

At first it didn't amount to much a few bucks a month in dividend income was for sure not going to change things. It took years of dedication and commitment and once I started living that frugal lifestyle it became easier and easier. In fact it changed my perception on A LOT of things that I use to do in the past and how they where dumb and pointless such as getting the latest electronics.

I wanted to tell that story because I often don't talk about it however it seemed fitting for the path I'm moving towards with crypto.

While I'll be keeping my assets in bitcoin etc I currently have I won't be touching those anything new earned is going to some how earn passive income. The amount of possibilities to do so in crypto has grown in the last few years and now feels like the perfect time to really get in on that.

With any type of passive income two things need to happen. A commitment of time/money and management. In terms of management however with some cryptos that can be much different so here are the ways I'll be building that.

CubDeFi At the moment even with the crazy wild swings happening in the crypto space Cub is actually holding nice and steady if not a small increase in value over the last week or two. I suspect this is because of the introduction to Kingdoms which now gives constant value/burn of the token instead of the one time fee. But not only that you can earn other crypto on top of it. CUB plus earning more crypto such as CAKE seems like a true win/win at the moment in which I want to double, triple or better down on asap!

Hive/Leo/POB/CTP etc. It might seem odd but in a way writing a article is passive income. It takes work yes but for 7 days that article now earns passive income. Not only that though those rewards than can be used to earn curation and a percentage income by powering it up of 3% or better.

Proof Of Stake I started this method a few years back when I built a low power computer. The thing only uses 8watts when not staking and about 30watts when staking. That's moved up a little bit to about 50watts now all the time as it constantly stakes multiple cryptos. This is one of the easiest passive income methods but it does take a bit of know how to setup.

What are some other passive income methods with crypto that you know of? Drop them in the comments below.