Why I Just Bought Up More CUBS 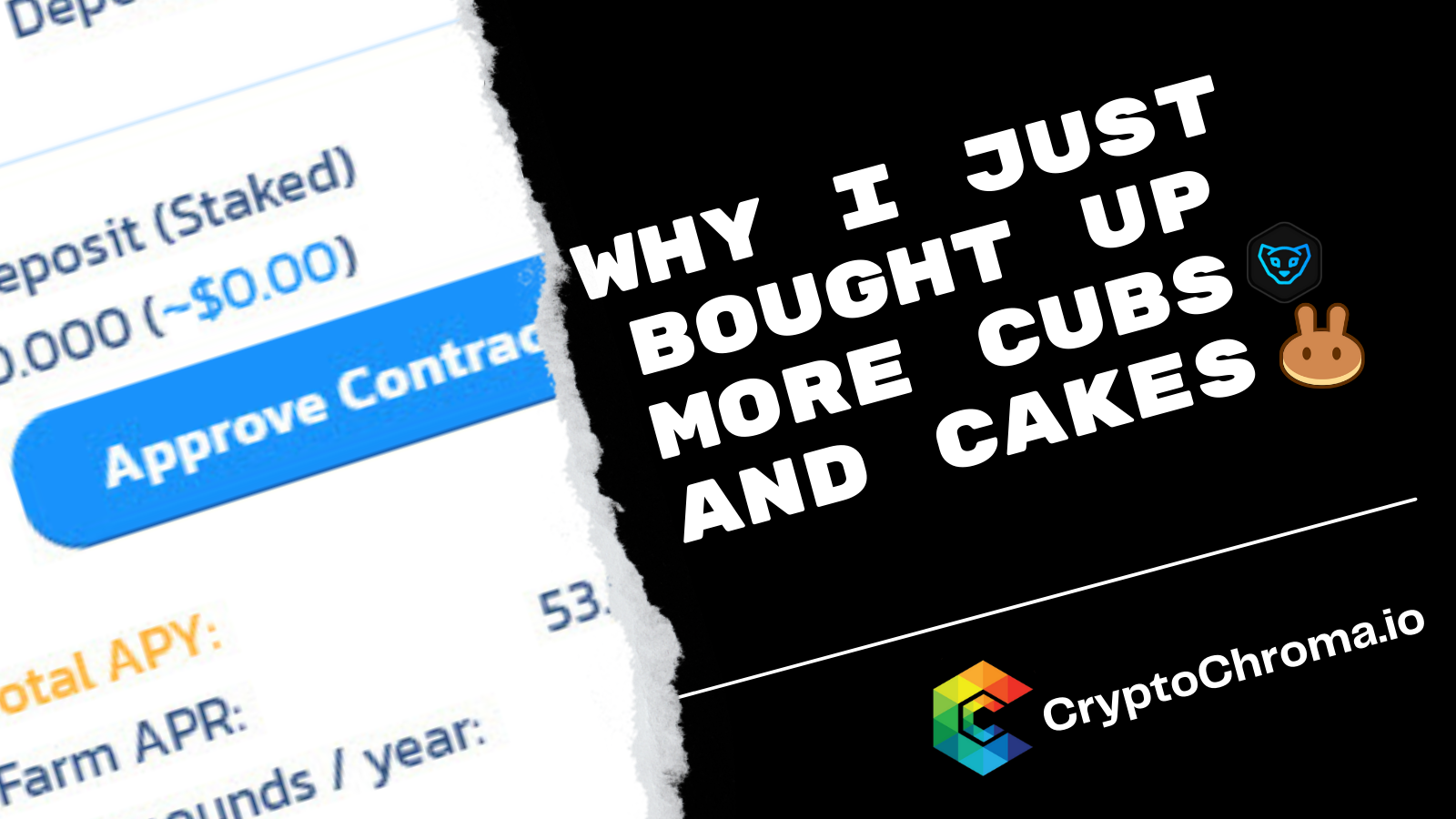 Why I Just Bought Up More CUBS

Cubs about to enter into a new phase where polygon will finally be added in a unique way to the platform. I just aped into CUB in a way I wasn't really expected in fact I'll most likely APE in again tomorrow directly with CUB.

Polygon network should be the next IDO for CUB and it's a monster of a IDO which I think will be nearly 10x the size of the last IDO which is a massive undertaking. However I think it will do very well being that it's directly connected to the Polygon network which will also open up a massive gateway exposure to Ethereum as well.

I'm a big fan of Kingdoms it really is a set and forget for the most part. You'll still need to go in and withdraw some funds if you want but besides that you'll continue to stack with a reasonable fee for doing so. Kingdom fees also help build value for the CUB price as fees are used to buy back and burn CUB.

For myself I've been going crazy on CAKE whenever it's dropped below $20. For me CAKE feels like a platform that has the very real potential to hit $30+ by end of year. What's also awesome is I earn a sizeable amount of Cake in Kingdoms with a bonus of some CUB on the side to build my stake there as well.

I'm nearly half way to my goal I wanted to hit for CAKE and shortly after that I'll be going heavy into CUB.

The Kingdom is like the DEN for CUB which many people piled into. However Kingdoms takes it one step further by auto compounding your CUB while taking a small fee. This constant adding of earned CUB back in to compound your earnings seriously starts to stack up.

The reason I love this so much is it's in a way exactly what started doing 7 years ago. That was compounding EVERYTHING I did in terms of revenue. Back then it was primarily, stocks, dividends and some other investments. After that I spread out into Proof Of Stake which when you think about it is compounding your interest on crypto. Now I feel it's easier then ever for people to get involved with compounding and it's no 10% either it's a whopping 60% in most cases! 6x what I use to do which simply hyperdrives everything and I'm living for it!

I don't want to drop exact numbers but for Cake I'm brushing on half way to my goal and for CUB I'm at 40% however come tomorrow as long as the price is sitting right I'm going to go heavy on that instead of CAKE as I have a feeling the chances of CUB doubling is far greater then that of CAKE right now.

Are you pumped for the next IDO which should be happening by the end of this month?
What are you plans for it if any?