Forget Kingdoms - CUB Is Crashing So Hard I'm Betting Most of My Liquid LEO, Hive, HBD On It!

Do I love a crash?
It depends........
If I beleive in a coin/token for the long term, crash is all I want to see. It's better to have the weak hands off when the real gains happen. That way the biggest believers will eb the ones to profit.

Some folks may have to sell their coins at a loss in a financial difficulty. That sucks and I offer my condolences. I get that crashes aren't all that great. I'm just telling this CUB crash is an awesome opportunity!

Look At That Pretty Price 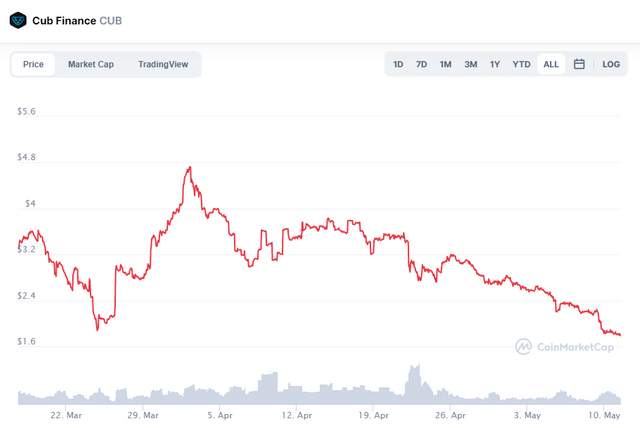 Traders don't know how t value such an awesome project from LEO devs. They haven't seen LEO go from 4 cents to 20 cents to over $1. Traders haven't paid enough attention to previous deliveries of @khaleelkazi

CUB is 28% down right now. What do I think of as a god option: BUY! BUY!! BUY!!! I've been waiting for CUB Kingdoms. I've been saving up some crypto. I've converted most of my Hive, HBD into LEO. I've kept them waiting & ready to transfer. I was initially hyped for Kingdoms.

This Finally Changed My Mind

Look at that APR and tell me those aren't crazy good. Check the farms! There's only 3 farms with better APR. None of the other dens come even close. On top of all that...... CUB is super undervalued right now. That's what took my mind out of waiting for Kingdoms. We already have a HUUUGGEEE winner!

I Start Transferring My LEO 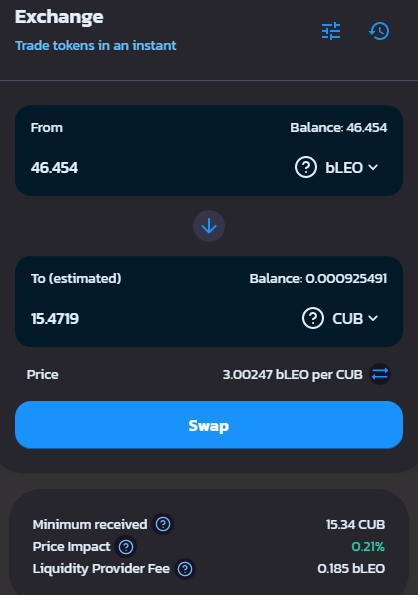 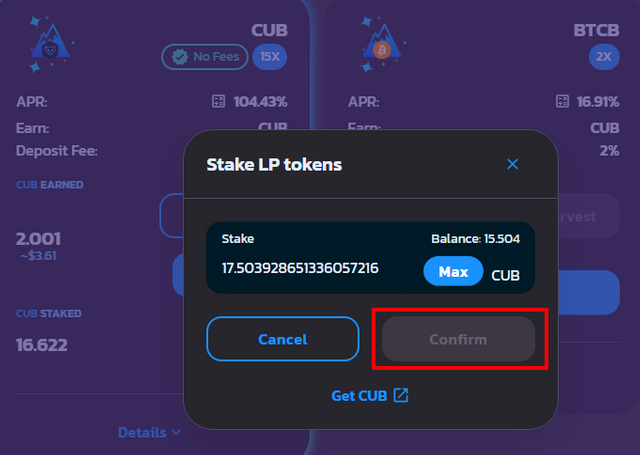 This trick was 1st posted by @vimukthi (maybe someone posted even earlier - I don't read every post from everyone). You could add what CUB left to Harvest and add it on top of Max CUB and do in 1 Tx what would normally require 2 Txs. Thanks to UI chainged it's not there anymore.

If you are more advanced user there might be better ways. Rookie me is stuck with having to make 2 Txs. It sucks but probably makes UI more dummy proof.

What Looks At The End 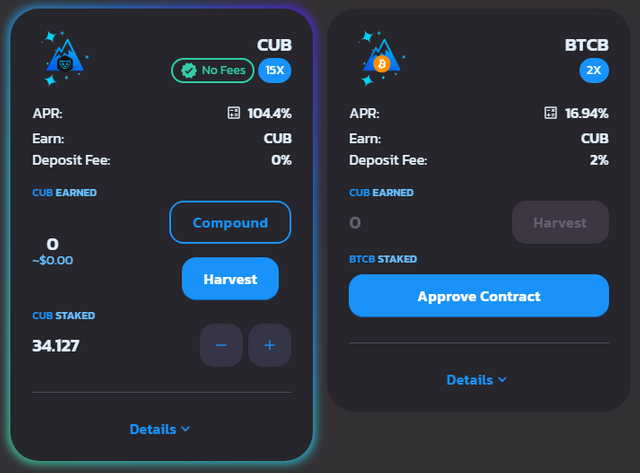 Many of you guys are probably more invested that I am. These are just my experiences and it's how my account look. I'll HODL for the long term. Things will look so much better in future :)

There's been lot of activity on Twitter (probably working on some followers for Project _______ too). There's been over $500K burned. We've got real traders building behind the scenes. $100 CUB will be inevitable. Buy when blood is on the streets :)