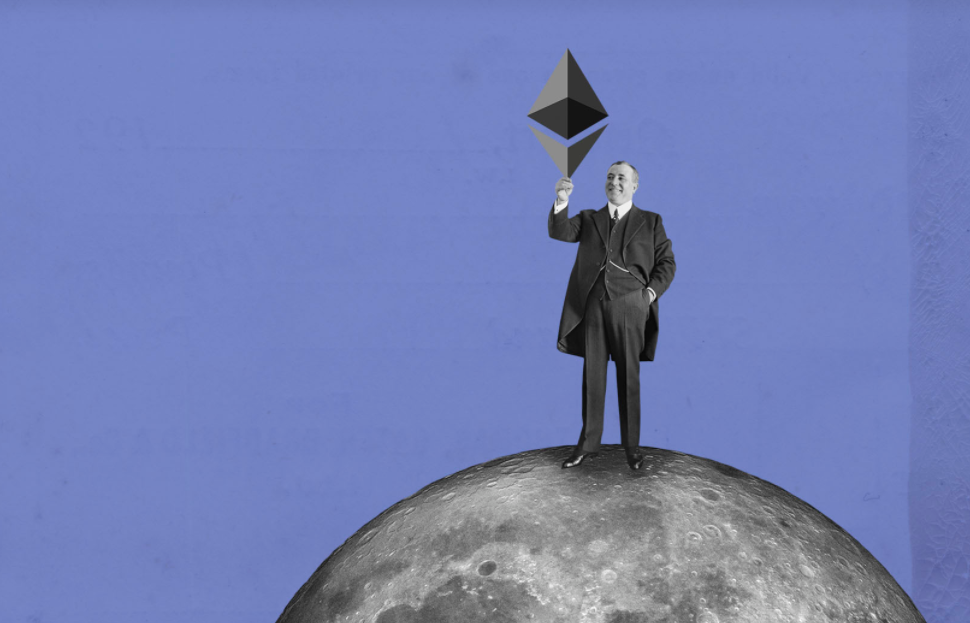 Following the market downtrend, which started on April 18, Ethereum has positioned itself favorably in its BTC pairing, gaining more momentum after the weekend. On April 27, Ethereum exceeded its previous all-time high, reaching $2,707, despite BTC’s price hovering around the $55,000 mark. At the time of writing, Ethereum’s market cap is 0.3% closer to 15%, with a market valuation of over $300 trillion.

The rise in Ethereum’s price is attributed to low transaction fees, which have increased network activity. According to a report by Coinmetrics, the number of active Ethereum addresses reached a new all-time high of 771,000. The previous all-time high was registered in November 2020, as DeFi and DEX platforms such as Uniswap generated attention, increasing Ethereum’s activity.

Ethereum In The Spotlight

According to Santiment, Ethereum’s gas prices have reached a three-month low. “Gas fees are back at sub-$10 levels,” allowing users to move Ethereum freely through the network without encountering high transaction fees. According to a Glassnode report, low fees are attributed to the increase in the gas limit, which rose from 12.5M to 15M, allowing more transactions to occur on the block. As a result, transactions on Uniswap spiked to a new all-time high of 213,000 trades per day.

Raising the gas limit comes from the successful implementation of the Berlin hard fork, which took place on April 15 at block 12,244,000. The hard fork aims to improve two major deficiencies in the network, namely security and gas fees. Ethereum’s co-founder Vitalik Buterin announced in a Reddit thread that gas limits can be increased as “the chain is safer,” making Ethereum dApps more affordable.

Ethereum is preparing to transition to Ethereum 2.0 to address scalability and move from proof-of-work to proof-of-stake. The Ethereum Foundation will implement multiple hard forks leading up to the main upgrade, including the Berlin and London hard forks. In the latter, the Ethereum Foundation will introduce the EPI-1559, which aims to decrease miners’ rewards by changing the auction mechanism as it will reduce transaction fees even further. Ethereum’s EPI-1559 initiative has been strongly contested by miners, who aimed to simulate a 51% attack on the network. The “threat” was debunked as miners only aimed to raise awareness of the network changes.

All Eyes On Ethereum

While Ethereum registered 1.35 million transactions per day, its direct competitor, Binance Smart Chain (BSC), achieved over 9.13 million, according to data on Etherscan. Avi Sanyal highlighted that PancakeSwap (CAKE), a Dex built on BSC, is favored by retail investors due to its low transaction fees.

Competition in the smart-contract climate is intensifying as Ethereum’s high fees place other blockchains in contention. Blockchains such as Binance Smart Chain, Cardano, and Polkadot aim to increase the number of dApps built on their networks. What’s more, each project presents a better case than the previous one, striving to achieve faster transactions with lower fees. Still, Ethereum holds the first-mover advantage in the space, pushing toward a more scalable ecosystem to prevent it from losing ground.

With the London hard fork fast approaching and low transaction fees, ETH holders are incentivized to move their funds across the network. However, as more options become available for traders and users, Ethereum’s “blockchain strategy” could be its own competitor. Technology waits for nobody and those whose product is more affordable will gain a bigger market share.