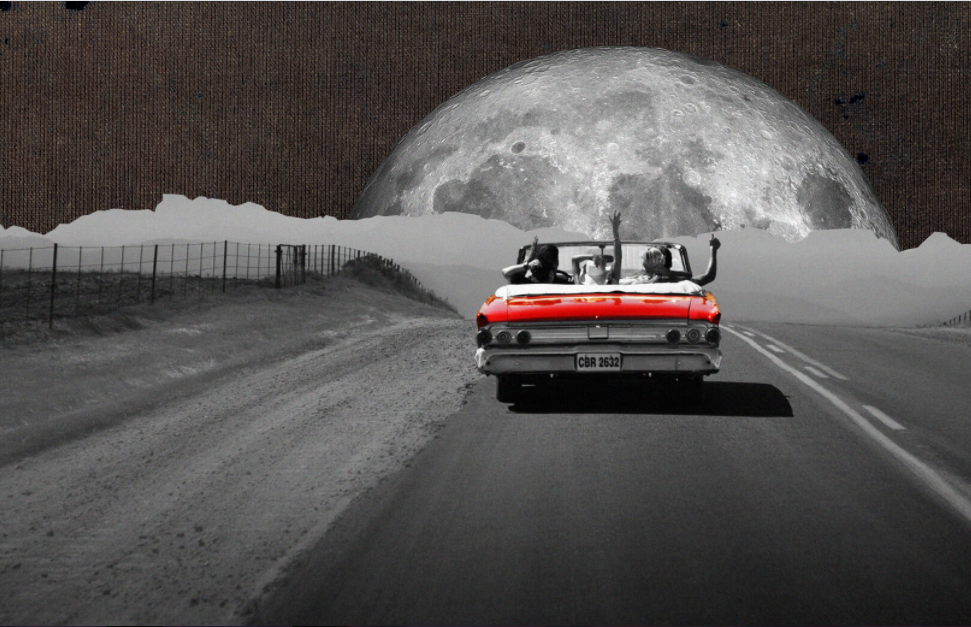 In an unexpected reversal to its 2018 ban on crypto advertising, Google has announced a new promotional policy easing its restrictions on ads for cryptocurrency exchanges and wallets. The new policy, which takes effect later this summer, states:

Beginning August 3, advertisers offering Cryptocurrency Exchanges and Wallets targeting the United States may advertise those products and services when they meet the following requirements and are certified by Google.

The original June 2018 ban blocked all crypto-related digital-asset advertisements regarding “…cryptocurrency-related content, including initial coin offerings (ICOs), wallets, and trading advice.” Later that year, Google removed some of the restrictions but most still remained in place.

This latest action by the internet giant removes significant ad barriers to two key elements of mainstream crypto adoption – namely, exchanges to buy digital assets and places to store it such as digital wallets. However, the new guidelines do have a few caveats that certified advertisers must follow.

To be certified by Google, [crypto] advertisers will need to:

Companies that stand to benefit from this development include coin exchanges such as Coinbase, Kraken, KuCoin, as well as decentralized autonomous organizations, and crypto wallets that include off-chain-cold-storage platforms Trezor and Ledger.

At least one cryptocurrency influencer – MMCrypto – saw this as bullish news for Bitcoin and cryptocurrencies in general since Google is used by more than a billion people globally. MMCrypto said that crypto advertisements to an audience that size could drive awareness and boost mainstream adoption of digital assets.

He further stated this news could be a positive catalyst for crypto coins in a video posted to his 400,000 YouTube subscribers and a tweet to his 310,000 Twitter followers. 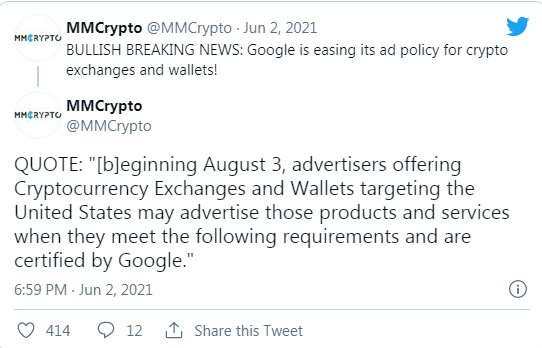 The official Google announcement went on to say that all previously existing cryptocurrency exchange certifications will expire on Tuesday, August 3rd, 2021 – none of the old certifications will be honored. Any interested advertisers will have to apply for a new certification once the submission paperwork becomes available on Thursday, July 8th, 2021.

Google’s parent company, Alphabet, reportedly earns 80% of its total revenue from Google advertising, which was $147 billion in 2020. The company is expected to keep its decade-long digital ad dominance by capturing nearly a third of the total online ad spending projected in 2021.