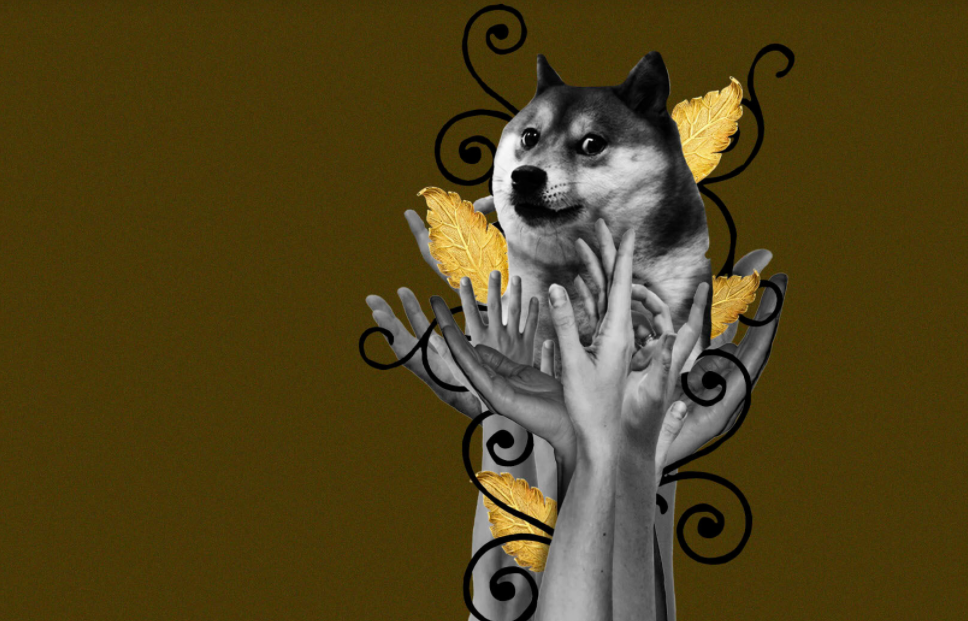 Dogecoin became a unique case in the cryptocurrency world. While others work under the principle “FOMO: fear of missing out” or “Slow and steady wins the race,” the doggo’s motto is “hype-hype-hype.”

This reminded me of how ancient Egyptians worshipped cats. For example, here’s the quote from National Geographic encyclopedia:

"Egyptians believed cats were magical creatures, capable of bringing good luck to the people who housed them.

To honor these treasured pets, wealthy families dressed them in jewels and fed them treats fit for royalty. When the cats died, they were mummified."

Does it sound similar to what we see now? –so yes, so much.

From a Fable: “Once Crawfish, Swan, and Pike Set Out to Pull a Loaded Cart…”

Dogecoin is recovering and is going for a new battle to return back to the top 5 cryptos by total market capitalization. This happened because the internet community started to push it by all means and at all costs.

As usual, it all starts with Elon Musk. During the previous week, he had confirmed that a comedy sketch of the following Saturday Night Live show would feature Dogecoin. Right after this, the coin rose 10%. On the weekend, he endorsed tweets by WSB Chairman, an anonymous Twitter account, which gained from 12,000 to 750,000 followers right after this.

However, Dogecoin does not survive on Elon alone. We had a parade of DOGE supporters. On the other hand, some of them seemed more like mockingbirds. That’s how a parade transformed into a Brazil carnival.

In one of our previous news digests, we covered Mark Cuban telling Ellen DeGeneres, “Although Dogecoin is not the best investment, it is preferable to invest in the asset than to play the lottery.”

Another case of Doge-promoting is Remy Munasifi, an American stand-up comedian and YouTuber who created a sketch about the meme currency. Of course, he was mainly mocking on the coin’s hype, but there is no such thing as bad press or PR, right? 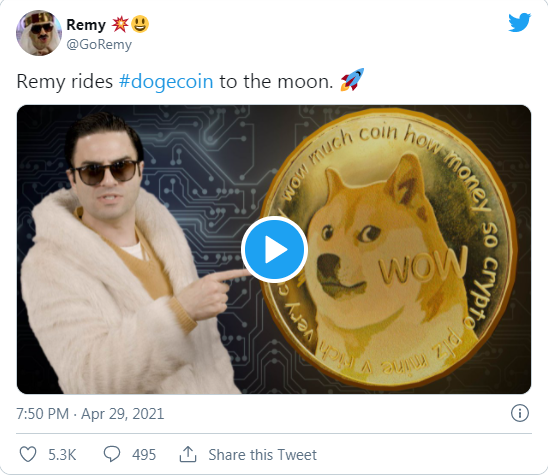 Major brands swooped in the mainstream as well. Several weeks ago, Snickers and AXE joined this cultural phenomenon in their official twitters: 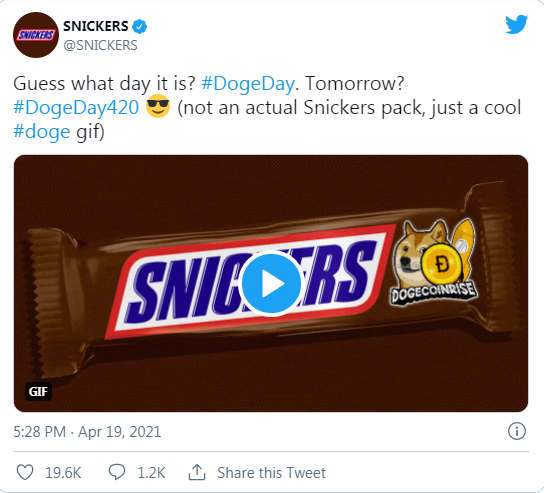 On the one hand, they just tried to jump in the hype-train. On the other one, big companies sometimes don’t realize the effect on the crypto market after such “jokes.” From the third angle, DOGE was created as a joke itself, so let’s not look discouraged. 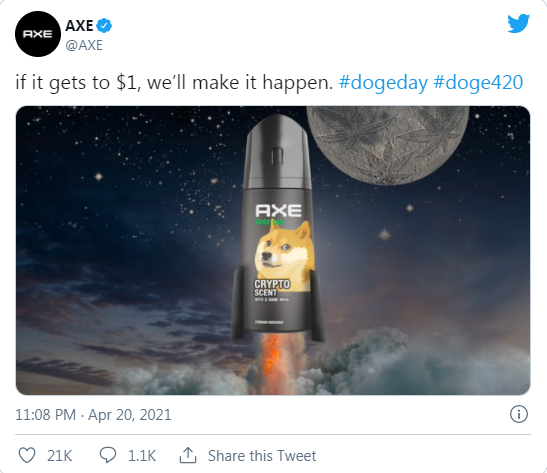 And the main headliner of the parade was Snoop Dog. He created an entire video of him going to the moon together with Shiba Inu dogs. We didn’t cover this in any our previous articles due to our tone of voice. However, while we’re at it, today there is a reason to show it out: 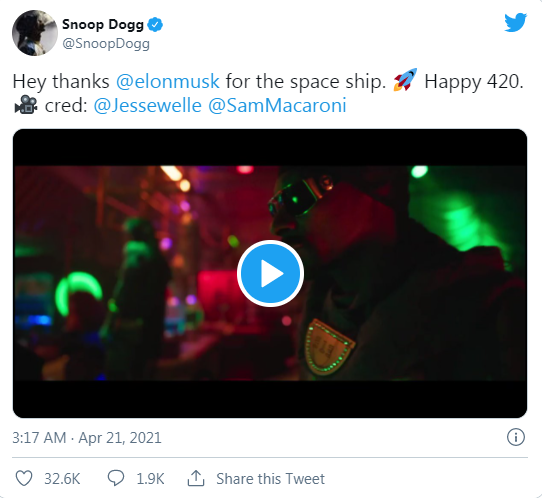