Vitalik and Dogecoin: A Doggie Walk to Remember 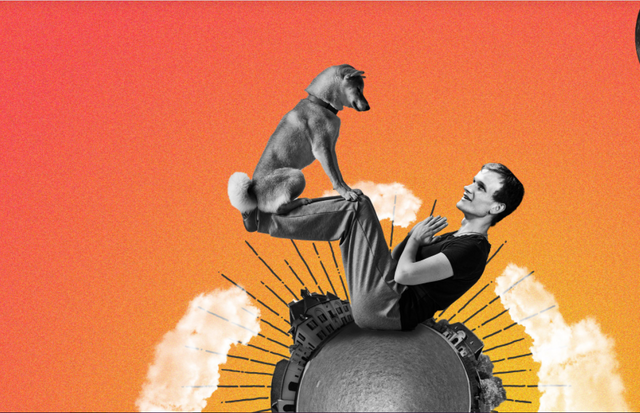 Dogecoin has earned the status of being the most popular meme coin in the world following the recent meteoric rise in fortunes for the crypto asset. Since reaching an all-time high of $0.7376 about a month ago, Dogecoin has been the cynosure of crypto conversations in crypto circles.

The most recent to join the conversation is Vitalik Buterin, co-founder of Ethereum who revealed that he was open to working with the developers of the currency to improve upon the current designs. Buterin also revealed that he made a huge profit from a small investment in Dogecoin and he was impressed with the growth trajectory of the Dogecoin project.

Vitalik Buterin revealed that he netted a cool $4.3 million from his investment in Dogecoin. He made this revelation in an episode on the Lex Fridman Podcast where he stated that his initial investment was $25,000.

He recounted that “at the beginning, people didn’t take it seriously”, a fact, as Dogecoin was widely viewed as a joke during its early days. The joke turned serious after Buterin revealed that the investment in Dogecoin was “one of the best investments that I have ever made.”

Buterin sold half of his Dogecoin and donated the proceeds to the GiveDirectly charity. Assuming he held onto his assets, the Ethereum Co-founder would have had up to 20 million worth of Dogecoin in his possession.

The Doggie Walk to Be Remembered

Vitalik Buterin has hinted at a brewing relationship between him and the Dogecoin developers in a bid to improve the meme coin. He made a statement saying that if Doge speeds up its block time by 10x, and drops its fees by 100x, then it will be miles ahead of the nearest competition.

His statements were misconstrued by some quarters as fear of Doge but Buterin has cleared the air by stating that he loves the Doge, just that it could do with some improvements, something he is willing to help with. Buterin also hinted at the possibility of a Dogecoin to Ethereum bridge but while it seems like a long shot, crypto enthusiasts are keeping the faith up.

As proof of his love for Dogecoin, Buterin also revealed that he had visited Japan and met with the real doge that inspired the famous meme. Meanwhile, a report trickling in indicates that the famous meme is set to be auctioned as an NFT in an auction beginning on Tuesday.

Proceeds from the auction will be donated to charity according to reports from Zora, an NFT auction site that will play host to the iconic event.