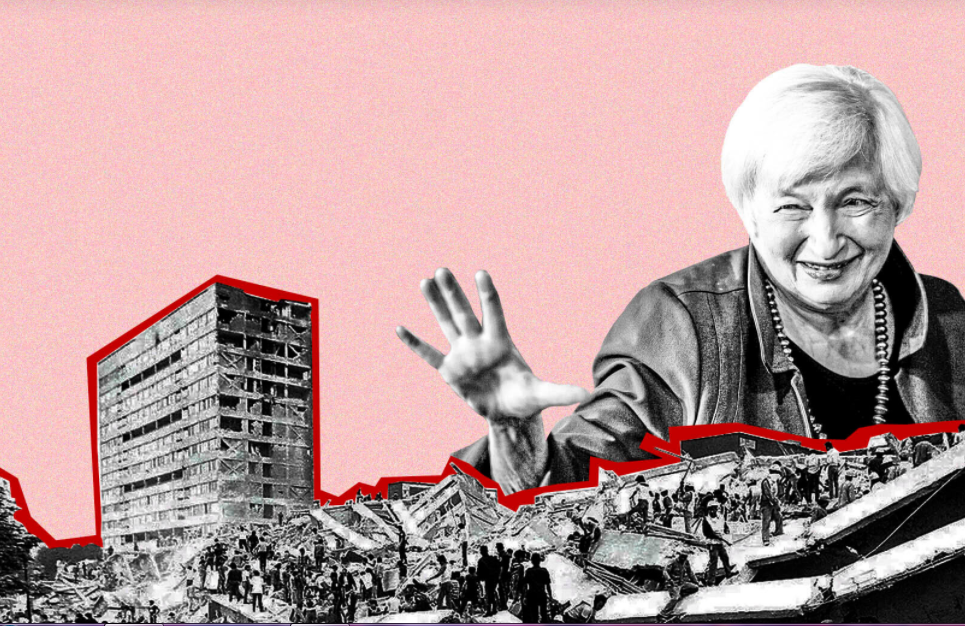 Bitcoin’s rise to fame has not been straightforward. The road has been riddled with challenges, particularly vocal critics who have taken an antagonistic stance to the cryptocurrency. US Treasury Secretary Janet Yellen is one notable critic of Bitcoin who does not mince her words when given the chance to air her views on digital assets.

Her warnings against Bitcoin were responsible for tanking the market. But things may be taking a brighter look for the cryptocurrency as a series of positive events are poised to send its price to astronomical new highs.

As the Secretary of the Treasury, Janet Yellen wields enormous power, and the market felt the ripple effects of her recent comments. Yellen issued a warning to investors to be wary of the dangers associated with Bitcoin. Speaking to CNBC, she said Bitcoin is used “often for illicit finance,” and went on to raise concerns over the amount of energy consumed in the process of mining the cryptocurrency.

Going further in her warnings, she said Bitcoin can be “extremely volatile,” leading to increased losses for investors, and that it is an “extremely inefficient way of conducting transactions.”

Her harsh warnings led to a spiraling decline of Bitcoin’s price, triggering a massive panic amongst investors.

After her Senate hearing, Janet Yellen sang a different tune on Bitcoin, stating that the cryptocurrency was not all doom and gloom, offering immense benefits in today’s digital age. She said that it is important that “we consider the benefits of cryptocurrencies” and the manner in which they can improve our financial system.

Since her warnings, Bitcoin has gone on to achieve incredible numbers. It reached a new all-time high of $64,836, which shot up the market capitalization to highs of over $1.1 trillion. Despite her warnings, interest in Bitcoin has reached a frenzied pitch as institutional and retail investors are entering the crypto-verse in droves. Tesla, MicroStrategy, and Square are leading the charge, taking huge holdings of the asset and propping up the price.

There is more good news for Bitcoin with the change in the SEC’s leadership. Gary Gensler has taken over from Jay Clayton in a move that sparked a wave of excitement across the Bitcoin community.

The reason for renewed hope is that Gary Gensler has a strong background in blockchain technology, having taught a related course at MIT. Since his ascension as chairman, there has been wide speculation that the first Bitcoin exchange-traded fund (ETF) could be around the corner, especially seeing the massive success garnered by the Bitcoin ETFs launched in Canada.