How to Buy in to DLUX and HIVE

What's so cool about Hive?

HIVE is a popular and growing decentralized cryptocurrency that supports some of the most popular dApps in the world. You can earn rewards for blogging at dApps like hive.blog and peakd with out the fear of losing your account of having your content removed by fact checkers. Splinterlands is the most popular crypto-game and it's far from alone here on Hive. With multiple dApps taking advantage of resource based transactions that are effectively free with a few dollars invested. 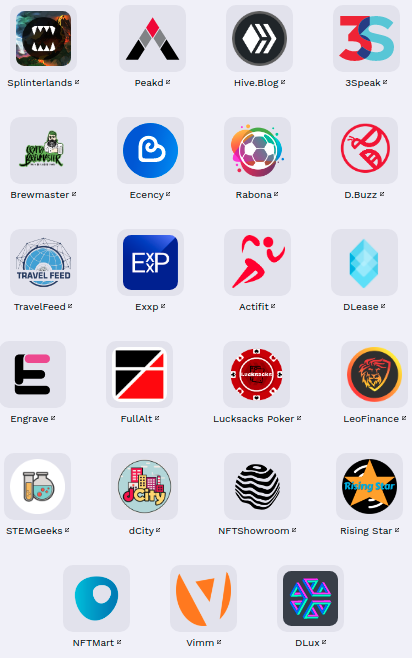 That's right. While it may take hundreds of dollars to make a transaction on Ethereum, that transaction fee alone could serve both as an investment in Hive as well as a near unlimited bandwidth for all your dApp interactions. In addition, any of these "Hive Power" resources allow you to vote to allocate the networks inflation, and pay people for providing you with content and services. You can even delegate this resource as a risk free way to invest in people and projects.

Hive has some of the coolest features like human readable accounts: @disregardfiat and @dlux-io being far easier to handle as a human than my ETH or BTC address. And unlike other popular chains, there is built in multi-signature and escrow functionality.

While I've looked into the features of several popular cryptocurrencies none have the right mix of features and cost that makes them desirable for me as a developer and person who wants everybody to have access to the greatest advantages of modern technology. For instance XLM and XRP have very low fees, but lack an escrow feature. BTC has hard limits on transactions and takes around an hour to properly confirm. ETH has a ton of features and you can program more, but can cost hundreds of dollars to make a single transaction.

DLUX, Decentralized Limitless User eXperiences, is a long time player in the crypto-space. Having placed accessible VR on chain, as well as releasing a VR WYSIWYG editor before other competitive platforms. Unlike the ETH based counterparts the value of Land doesn't swing wildly with the market and the ability to place assets in your VR space doesn't cost hundred of dollars of ETH.

DLUX has it's own consensus side chain with it's own DEX further eliminating fees and being the lowest cost option for publishing any executable programs that I'm aware of.

If you have a Hive Wallet already you can proceed to the DLUX DEX and place or buy and atomic swap right now.

We've acknowledged that distribution is the most paramount problem in building trustworthy decentralized networks. There is a mechanism to further distribute DLUX via an Inflationary source with an AMM, Automated Marker Maker, providing price feedback and a floor value of 1 Hive per 1 DLUX. While DLUX is currently trading at ~0.4 HIVE per DLUX it's not a great option, but if prices increase there will be an incentive to purchase new tokens and dilute the network from 12M to 100M DLUX tokens over 3 years to ensure us, the early founders, don't "own" an unfair share of the network. With more than 95% of this influx being used for an AMM that will make trades to the benefit of all DLUX holders, not just the initial team.

You can also use your free Hive account to Publish content to the DLUX/HIVE networks and earn inflation from votes.

If you are technically savvy and have a little DLUX you can run a node and power DLUX to Governance and earn network fees as well as a portion of an inflationary pool for "witnessing" the chain. Find out more here

I almost forgot to mention that you can delegate your Hive Power for a daily cut of an inflationary pool of DLUX. A risk free investment that earns what is currently a huge return with so few knowing about the program and therefore the pie being cut nicely for those involved.

Additionally. Developers can further strengthen the network by utilizing the DLUX ecosystem as a backbone for their own services and provide Front-Ends and IPFS mirrors for a large percentage of our initial holdings as detailed in this post: DLUX IPFS Gateway Mirror and Decentralization Incentives!

You can make a free account at hive.io using one of several free options or even pay a bit to have an anonymously created account.

There are several exchanges where one can easily buy or sell cryptocurrencies for fiat currencies. Some of the most popular exchanges for HIVE and HBD are listed below.

While coinbase.com does not sell HIVE, it's the largest exchange for US citizens and a publicly traded company. Exchanging assets to cash/paypal/debit cards is easy and highly trusted, and could be a gateway to several other HIVE exchange options listed at hive.io

I personally use Bittrex. Feel free to use my referral code, LKQ-MIY-PVC, to sign up for Bittrex. I also have a referral link for coinbase.com