One POW to Rule them all 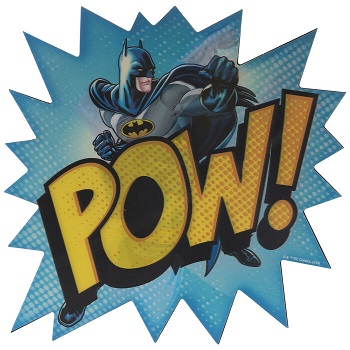 There's an overwhelming sentiment from the Bitcoin maximalist tribe (and elsewhere) that Bitcoin will be the only POW coin to survive the "hash wars". The idea here is that because Bitcoin uses so much energy, there is really only room for one POW token in the entire world over the long term. 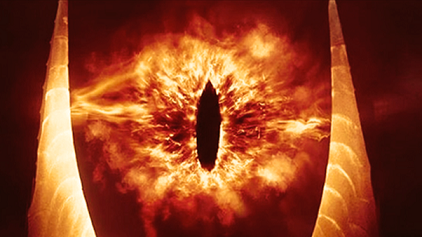 Personally I think that this is somewhat ridiculous sentiment, but the logic does ring true in a certain sense. However, rather than only having one POW coin for the entire world, I believe it will consolidate to one POW coin per hashing algorithm. To me, this kind of centralization makes a lot more sense to me.

What does this mean in the long run? 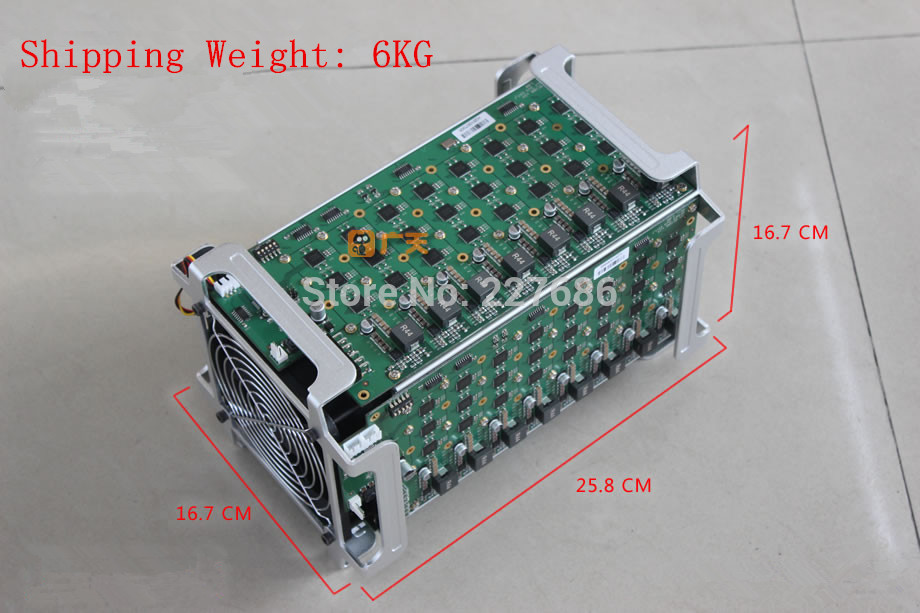 Once we get to this phase of mining, the hardware being produced can only do one thing: mine a single algorithm at lightning fast speeds. Once this happens ASIC machines become the standard and nothing else can compete.

This ends up being both a blessing and a curse; a double-edged sword. Sure, ASIC machines kind of undermine the grassroots movement of crypto and eliminate the small fish who were participating in network security with their gaming rig. At the same time, this also means that Bitcoin miners can't attack any network except one that uses SHA-256, and this is a very important and perhaps necessary segregation in the long run.

Finally the real Bitcoin community was tired of the fraud that is Craig Wright and his ridiculous version of the Bitcoin network. Much like Cardano (ADA) and Charles Hoskinson, these corporate toolbags are trying to tell us that crypto needs to conform to legacy regulation, when it is painfully obvious that the opposite is true.

Bitcoin SV deserves to be attacked because it uses the SHA-256 algorithm in addition to airdropping all Bitcoin wallets, and in doing so attempted to siphon users away from the Bitcoin network. When Bitcoin attacks Bitcoin SV, it is really just defending its own brand and its own community. This is a justified attack.

Luckily Bitcoin Cash is viewed in a more favorable light, but I think it will be eventually attacked into the dirt as well. Every year more and more cutthroat capitalists are going to make their way into the mining game. It's only a matter of time before they decide that BCH is the enemy.

However, none of this applies to coins that use a different hashing algorithm. This is why I'm still bullish on Litecoin, as it is basically the second oldest crypto in existence and secures the network in a completely different way. The only way to attack Litecoin is to own Scrypt ASIC machines. This is a completely different resource when compared to Bitcoin ASICs. In addition, it still costs ~$0 (1 sat/byte) to send Litecoin on-chain at the moment, and while the security of the network is obviously less than Bitcoin, this savings is more than worth it in most situations. It truly is the silver to Bitcoin's gold in a certain sense. 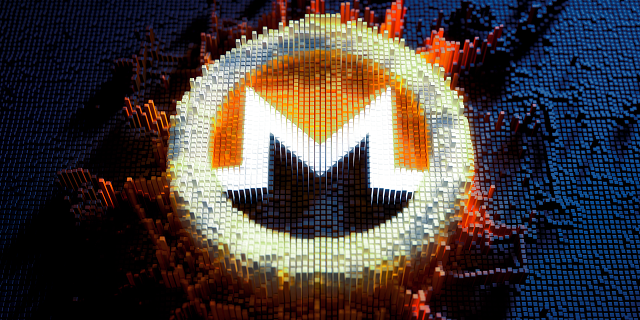 Monero is not a network I talk a lot about. In fact, unfortunately I don't even own a single cent of it at the moment. However, it has many features that make it arguably superior to even Bitcoin.

First off, it uses the CryptoNight hashing algorithm, which is designed to be ASIC resistant. One of these days I plan on trying to CPU mine it with one of these new RYZEN chips from AMD.

The advantage of ASIC resistance is clear: more users can participate profitably in the secure mining process without having to buy special hardware to do so. Is that a Monero mining rig or a fully functional PC? Oh wait, it's both. This versatility may come into play in the future in a big way. 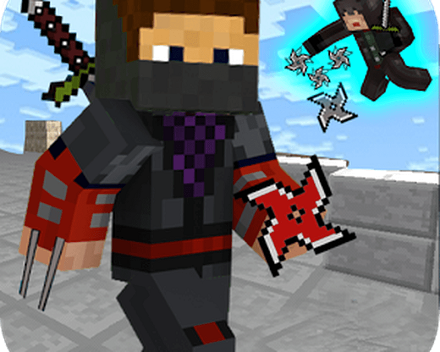 The math ninjas involved in privacy technology are doing things that sound like they should be impossible to achieve. Users on Monero can transfer value to one another without the sender, receiver, or amount being revealed on chain. Take a moment to reflect on the gravity of this technology, because it is going to play a huge part in the future economy.

At the end of the day fungibility is a primary attribute of currency, and you can't have fungibility without privacy, as the IRS, NSA, FBI, and Secret Service have already admitted freely. If you can blacklist an asset because it was used in a crime, and then those tokens become worth less than non-blacklisted tokens, the fungibility of the network falls under attack in a big way.

If you accept crypto from a drug dealer in a legitimate legal transaction that had nothing to do with inappropriate conduct, that doesn't mean the FBI won't come knocking on your door to confiscate the money. Doesn't matter that you had no idea the person you were dealing with was a criminal. If currency can be tracked and blacklisted it becomes less of a currency and more of a commodity/security. Privacy is the foundation of currency and must be respected as such.

The problem is that speculators who only care about number-go-up constantly bash privacy tech like Monero because it's being delisted from exchanges and losing value due to not being accepted by the legacy economy. This is ironic, because the reason why the legacy economy does not accept privacy tokens as legitimate is because they work. The fact that centralized exchanges have been delisting privacy coins is actually a testament to the technology's effectiveness.

This tech will never be allowed to flourish within the legacy economy, so it becomes obvious that privacy tech will be the most valuable when the cryptosphere is creating more value from within than it is receiving from the outside.

For me personally I'll be stacking up on Monero something fierce at the end of the next bear market (target Q4 2022). Regulators are going to come down hard on crypto in 2022, of this I am certain. I assume that privacy tech will be the most undervalued asset in the entire space during this time by a huge margin.

Also, I feel like it's even better to mine privacy coins than it is to buy them from exchanges. This adds yet another layer of privacy to the whole process, because mining-pool rewards can be pointed to any on-chain wallet, rather having to deal with KYC or anything like that. 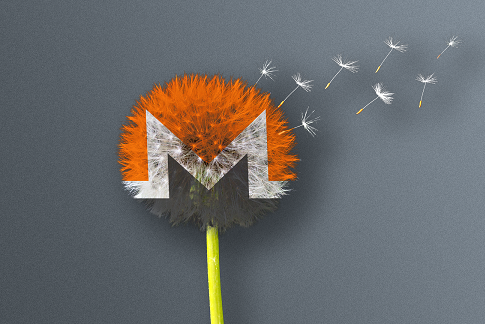 Monero even has tech in place to resist tracking IP addresses. Instead of broadcasting a transaction to the entire network all at once, it will jump across three different nodes until the transaction is broadcast to all the other nodes. This means that tracking the IP address back to the source becomes exponentially more difficult, as backtracking requires data from 3 or 4 different nodes to be revealed to the data analysts. Because Monero is a privacy network, many nodes on the network will often refuse to hand over any such information or IP addresses, as this data is sacred and guaranteed to be protected at the core layer zero.

This video describes the MAXBLOCKSIZE problem pretty well, but it has one fatal flaw: it assumes Bitcoin is meant to do everything when in fact it is a very niche security token. Bitcoin is the anchor. This is an easy mistake to make considering current Bitcoin dominance, but that percentage will continue to dip over time on the average.

When we look at the cryptosphere as a whole, we see that the scaling problem has already been solved; not by one network but by all of them combined (cooperative capitalism). As resources on the big chains becomes scarce, the value and volume overflows into all the smaller chains. All of this is working perfectly as intended. In my opinion, Lightning Network on BTC is a pointless branch of code. We shall see if that sentiment is accurate as time goes on. 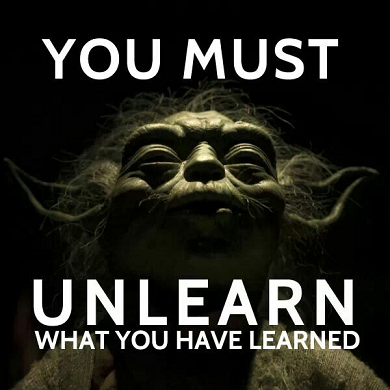 I find it wholly ridiculous that so many people believe that Bitcoin will be the only POW coin left once the dust settles and we get mainstream adoption. By all accounts, Monero is already a vastly superior technology in every metric except first-move advantage. Not only that, it's impossible for the Bitcoin network to attack the Monero network due to the mining centralization described above and the need for ASIC machines.

Even Litecoin is a valid POW coin, and it is arguably quite inferior to Monero on a technical level. This doesn't matter: all that matters is that Litecoin has a strong community and a different hashing algorithm that it will continue to dominate (Scrypt).

For every hashing algo, there can be a POW crypto to go with it. There are dozens if not hundreds of these algorithms, making it easy to do the math: there will be hundreds of valid POW coins.

This propaganda that throws POW consensus under a bus is transitory. Humanity is on the brink of full scale renewable infinite energy. No one's going to complain about wasting energy when energy is an sustainably infinite resource.

This idea that Bitcoin can be the only POW coin in the long run because it "uses too much energy" is just a fad idea propagated by the enemies of freedom. Unfortunately, these lies have gained quite a bit of traction over the last few years. It's time to unlearn what we have learned.