On some of the worst volume I've ever seen, Bitcoin continues to move up against all odds.

We see that the linear line drawn from the first three supply-shocks has now flipped resistance, but it's moving up fast and will converge with $55k resistance in about around three days time. At that point I believe that this combined resistance at $55k will be quite powerful.

At this point I expect to be trading between the $50k-$55k range during mid September, with an ultimate bottom-out around the 24th. Don't forget how many executives and institutions want to take Q3 gains and get that promotion.

Never forget that we have invited the sharks to the table. Don't be mad when they strike. We asked for this.

At the same time these supply shocks are real, and I imagine a lot of people (myself included) plan to hold till the end of the year for Christmas and tax purposes and whatever else. Money always flows violently at the end of the year on the average across many sectors. It would be unwise to ignore the cycles, even when they may not apply in some situations. Gambling is a game of numbers and playing the odds. Good decisions are rewarded over time. I feel quite lucky I'll say that much.

Even in bearish Bitcoin scenarios, the overall market remains bullish. This is largely due to the Bitcoin supply shock preventing it from crashing in any meaningful way. The fear and FUD are gone and FOMO is ramping up something ferocious.

With Bitcoin trading up and sideways for the last three and a half months, it makes a lot of sense that alts would start doubling down and draining the scarce liquidity that exists in the microcaps. Something like Litecoin has to go x4 just to catch up to where Bitcoin has gotten so far (x2.5 the 2017 ATH). There's a ton of room for growth here, especially considering that ETH has also been officially declared "not a security" and remains a quite unregulated market useful to institutions. 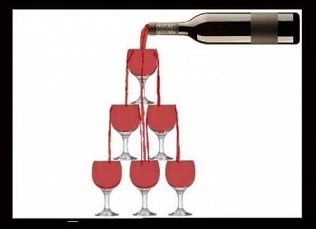 In the real world, trickle-down theory is a worthless concept, but in the decentralized digital world no one entity can capture the entire market share. The Cryptoverse is a living entity in cooperation rather than competition. It's a superior system that's guaranteed to take over given enough time to materialize the infrastructure. All in good time.

It's also worth mentioning that there are 25 million HBD in circulation at the moment. To those who don't pay attention this this number... this is a very big deal. In 2017 Steem capped out at around 13M I believe and we didn't have near the demand to sustain that number. During the crypto winter we bled over and over as this number was slashed by more than half.

So to now see that number stand at 25M HBD on top of HBD continuously trading at $1.20? Wow, that is a sight to behold. The on-chain analysis for Hive is outstanding. I feel like I'm insider trading when I look at these numbers.

Did you think a silly little pump to $1.20 was a lot? Nah, Hive is crazy. Remember the 10x rule. Only then do we absolutely have to take gains: when the price goes 10x in a relatively short period of time. Funny because a 10x from here still doesn't even reach all time highs, and Bitcoin is already x2.5 above those highs. Things get crazy in a mega-bubble, that's for damn sure.

Even in the bearish case for Bitcoin at this point it seems like $50k is the new supply shock support. Enough money has changed hands here to take all the power away from the bears. The only thing that can rain on this parade is if institutions take Q3 gains, which may or may not offset the balance of supply and demand. At this point this mega-bubble feels stronger than all the rest so I'm hopeful on the greed front.