When you show people graphs of your favourite projects and they only see a vertical rally they usually feel uncomfortable buying because they feel that they're the 'last fool' buying the top.

Not different with ORN.

If you managed to read my posts from a while ago, you might remember that I was catching falling knives with my beloved friend @resiliencia as I stated in this post.

Back at the time (mid-October 2020), we were trying to catch some tokens at a 20-30 cent difference taking profit from a bi-monthly release of tokens. 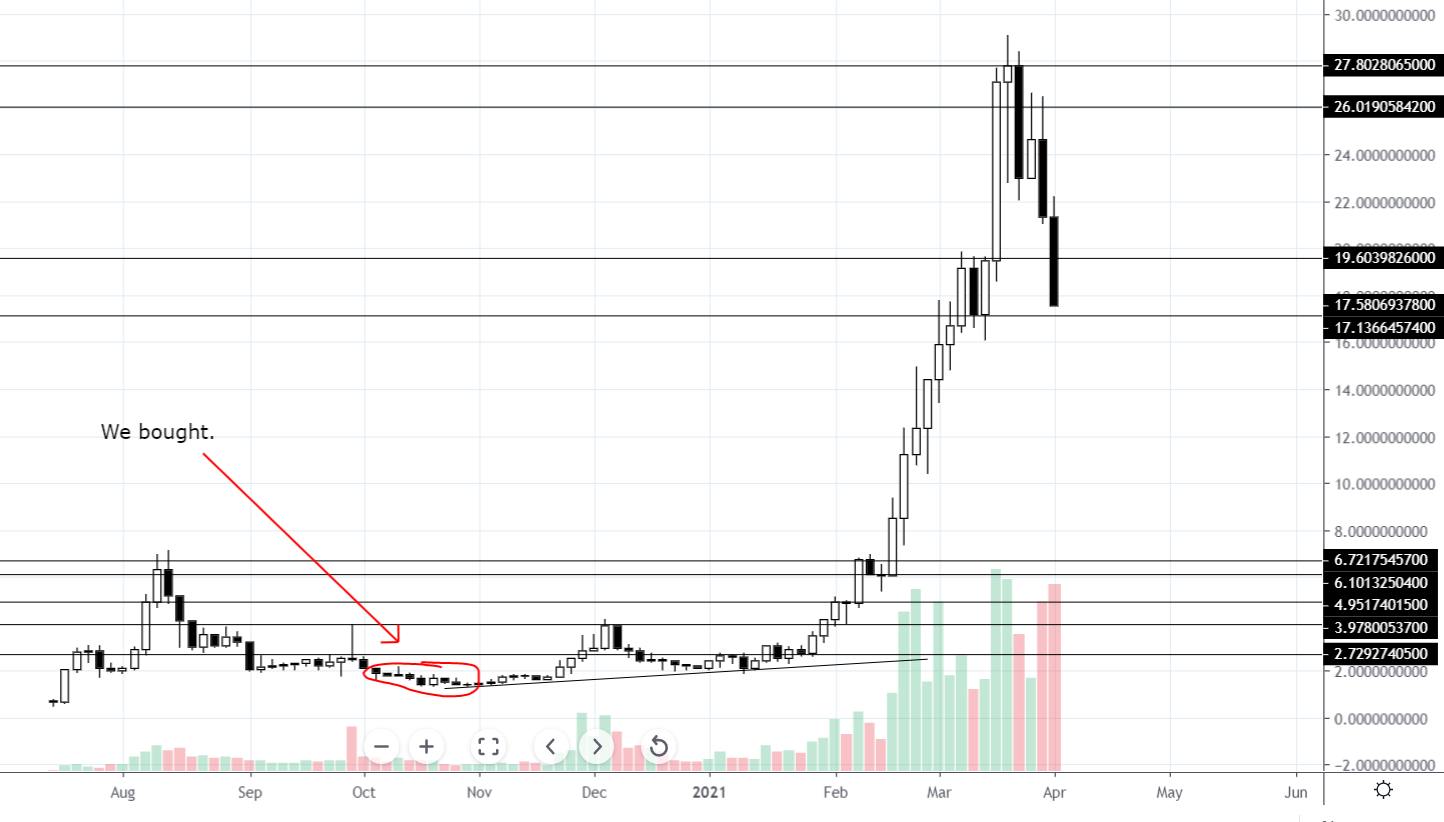 The funny thing is, that 0,3$ 'discount' that we tried to grab didn't matter at all. We had a gem between our hands and it was irrelevant the entry price. We only had to hold.

Fast forward to now and while I'm writing those lines, ORN is scoring a -35% loss since the local top close. Why?

However I refuse to believe such a thing exist, crypto is still very irrational and we have dumb traders/gamblers everywhere,

Lots of people with insanely high expectations. Also, people hoping to stake on day 1, not knowing that it won't be possible yet (hopefully in 1-2 months).

They still fail to understand that timing the market isn't wise. It's better to spend time in the market.

And as the price keeps dipping further, I see the nature 'healing' from greedy traders & fudders. Indicators resetting, weak hands out. Strong hands stepping in to accumulate more. The cycle starting again.

Exactly where/when I want to be buying in. (it could dip further from a TA perspective though, so careful if you decide to step somewhat on this thing).

the chart is pretty simple. Top a few days ahead of the mainnet release and started dipping on the same day/hour because 'no pairs'.

Since then non stop dipping. In case you ask, yes, I bought some yesterday at 18,5$.

If current support around 17$ fails to hold, the next relevant support level is 15$.

In lower timeframes, we can also see that all indicators have been reset, which is great from the 'entry of new participants' view.

As it stands now, it's all healthy in my eyes. Gonna keep watching closely (but without losing sleep).

Can I tell you a secret? Price doesn't matter.

Why? Because we have a functioning terminal that is going to start releasing dividends to stakers soon based on volume. And a small % of all the fees collected is going to buy back ORN from the market.

Assuming a halt in the price but with a constant volume, the APR in ORN doubles.

Which eventually push the price higher... guaranteeing lower dividends, but with a higher principal.

Assuming a volume of 360M (between all the sources) a token price of 17,5$ (current price) and 25M ORN staked (it's more than the current circ supply), we still have an annual APY of 45%. Which might not seem like a lot. But trust me, it is.

Remember this is a VERY conservative number based on 'worst-case scenario' IMHO. 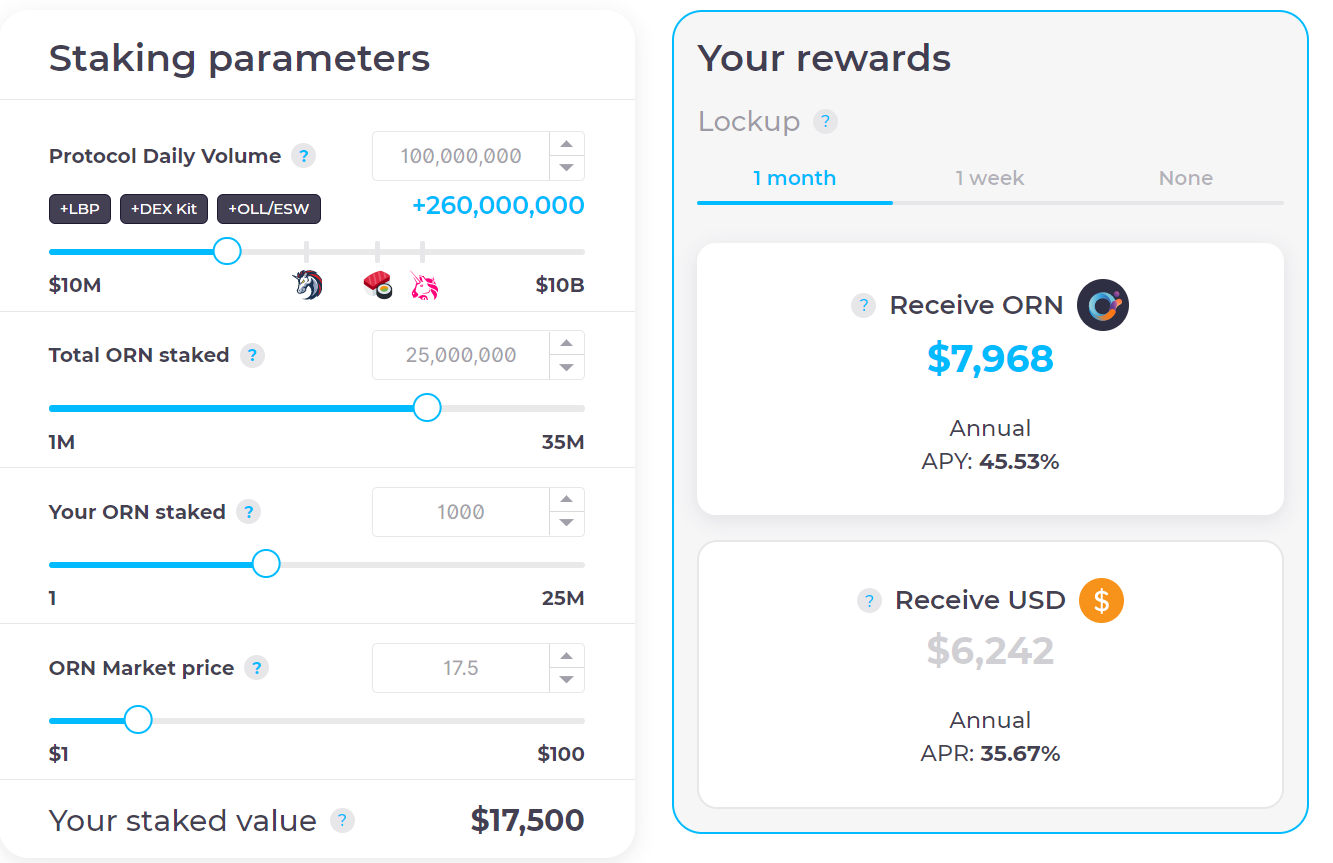 But sir, how would it be with a 'neutral' or 'realistic' scenario?

Screenshot this, because it's going to happen.

With those parameters price could easily be 50$ (or even more, people talk about 100-300$ in a bullish market condition).

Thing is, if the price would stay forever at 20$ with those parameters, you would be getting an ~78,8% APY with a SUPPLY CAPPED TOKEN. Being all those dividends derived from utility. 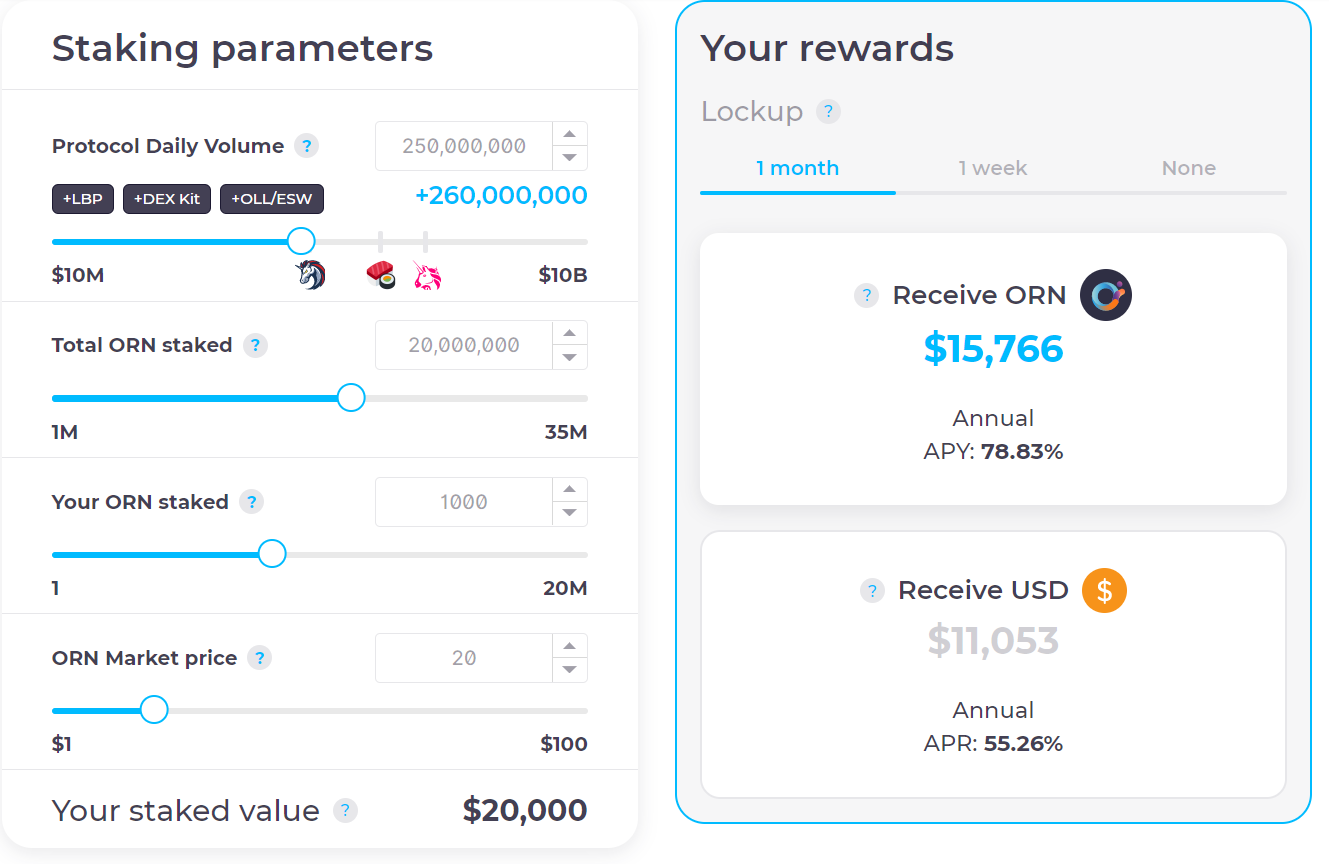 Don't ask me why, but every day that passes I'm falling in love more & more with ORN as more partners are being integrated. Disclosing: I mentioned it above, so yes, I hold ORN. Might be biased. 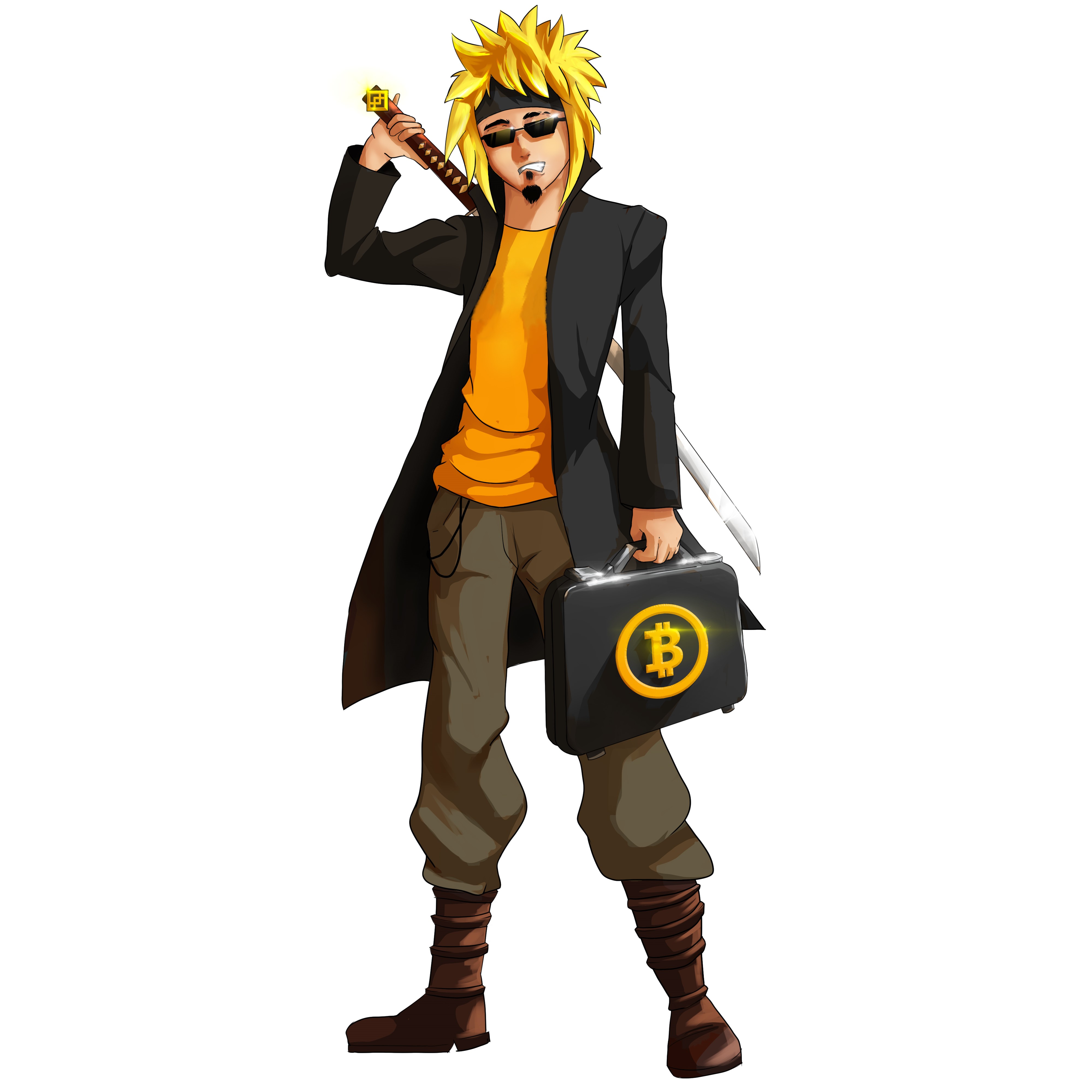