Power-Down started: thinking out loud plans for the bear market. 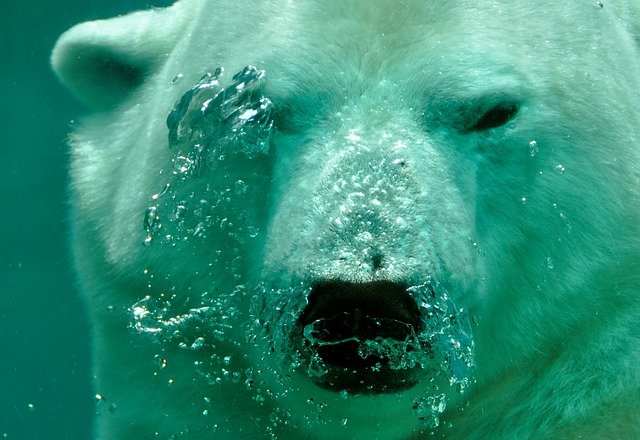 This might catch you by surprise, I guess, since I have always been a biased permabull by definition.

However, like all the good things in life, everything must come to an end, and the bull market isn't an exception. According to previous cycles data, the bull market should be ending within a few months.

Personally, I expect the bull market to end within the release of Eth 2.0.

This means that I expect to have a blow-up top within Q1 2022 or sometime between January and March.
The aforementioned 'blow-off' top could even happen earlier in anticipation, we can't know for sure until it happens.

For that reason, I started a full power-down of my account to sell the top in a few months with my liquid HIVE. I'll come back stronger (hopefully as a whale) during the bear market.

How it was the last time?

By the end of 2017, we started seeing news about Bitcoin adoption by Institutional players. This fueled the last impulse of the bull run which x4'ed Bitcoin and x10-100 the rest of the alts. 3-4 months later, the bear came and plunged us into a +2 years crypto winter bear (for alts).

Like many others, I decided to stay 100% invested through the top and got broke not long after with +90% losses overall in my portfolio. It felt like a massive pain being 50% into STEEM back at the time, I capitulated in Nov 2018 and disappeared for 4-5 months.

Whatever it was the last time, it's time to prepare for the unthinkable.

Defining a contingency plan. Harder did than said.

The problem for people like me is that 99% of our wealth is floating around in crypto, and I hate banks. I mean, a lot.

By principles, I would prefer to throw again all my earnings down to the toilet rather than allowing a bank to be able to control me.

You cannot make me a slave, ever again.

On a side note, my local bank rejected financing me the other day because my earnings were 'too volatile ', and even rejected my offer of locking some cash in order to guarantee that I'll be able to face payments in the medium to long term.

Another silly joke like this one and I'll be fucking purchasing the branch office and firing you later in 2025. Period.

Now in all seriousness.

I like to see what other successful investors/traders did back in the time. And by far my favourite is Secrets.

If you don't follow him, make sure you do. It's invaluable information. @SecretsOfCrypto
In fact, I could say that I stuck to his lessons when managing my portfolio and defining exit/out plans. DCA in/out gas has always been my rule.

Remember me taking profits back in late march? I was following this spreadsheet since I was a millionaire (on paper) back at the time. Based on emotions I would have hodled. But... I had to follow my plan. (Glad that I did).

With a few years worth of expenses covered, it's much easier to think bigger. 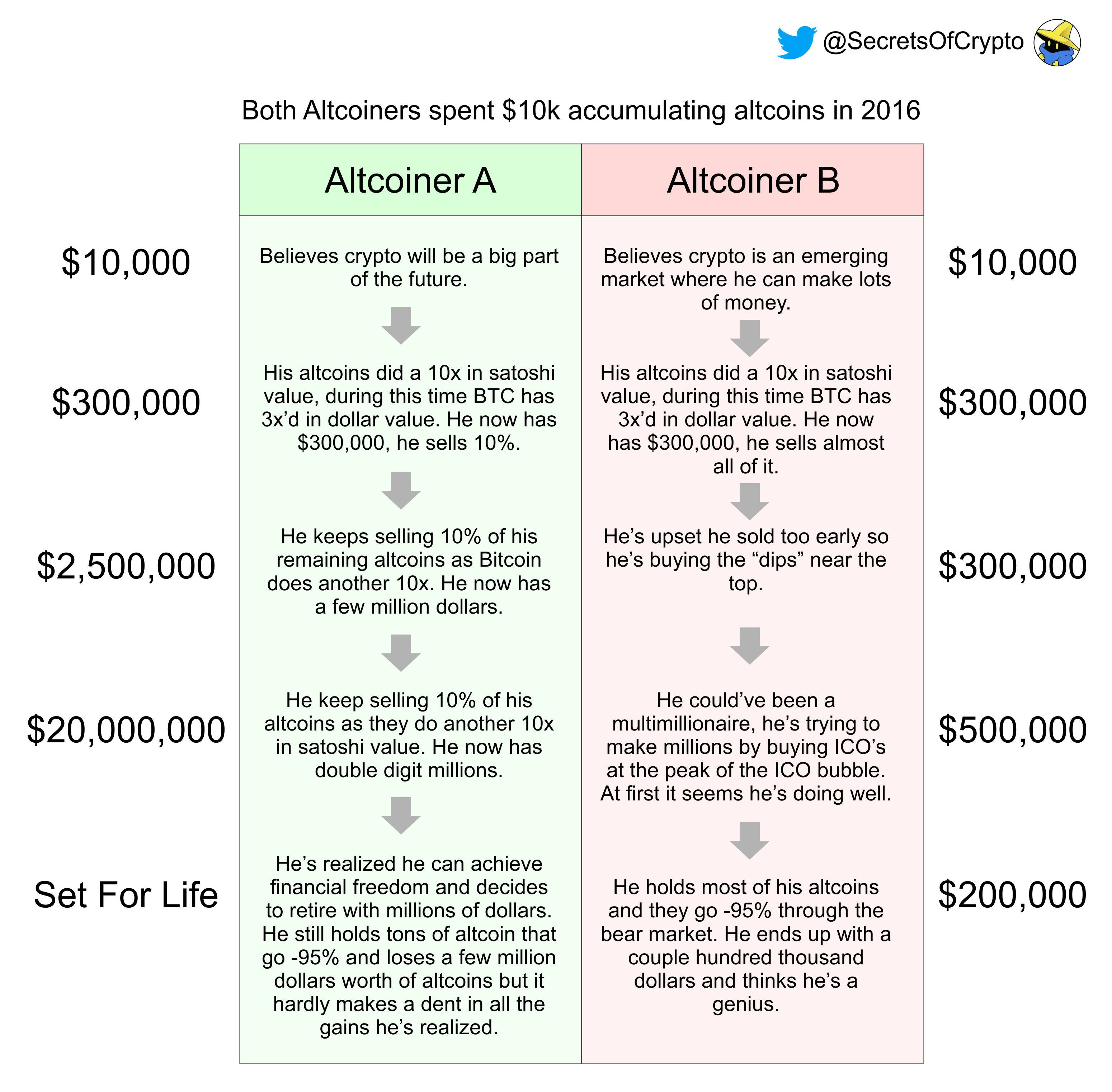 Currently, we're at Phase 1/2 of the last impulse up for the bull market. Some big caps like Solana, Polkadot and Litecoin are starting to wake up (note that phases tend to overlap and can go back, lengthening the cycle). When the blow-off top happens, it's probable we have a 'grace period' to sell until we start correcting, this happened around the New year the last couple of times. You know what they say, History doesn't have to repeat but usually rhymes... 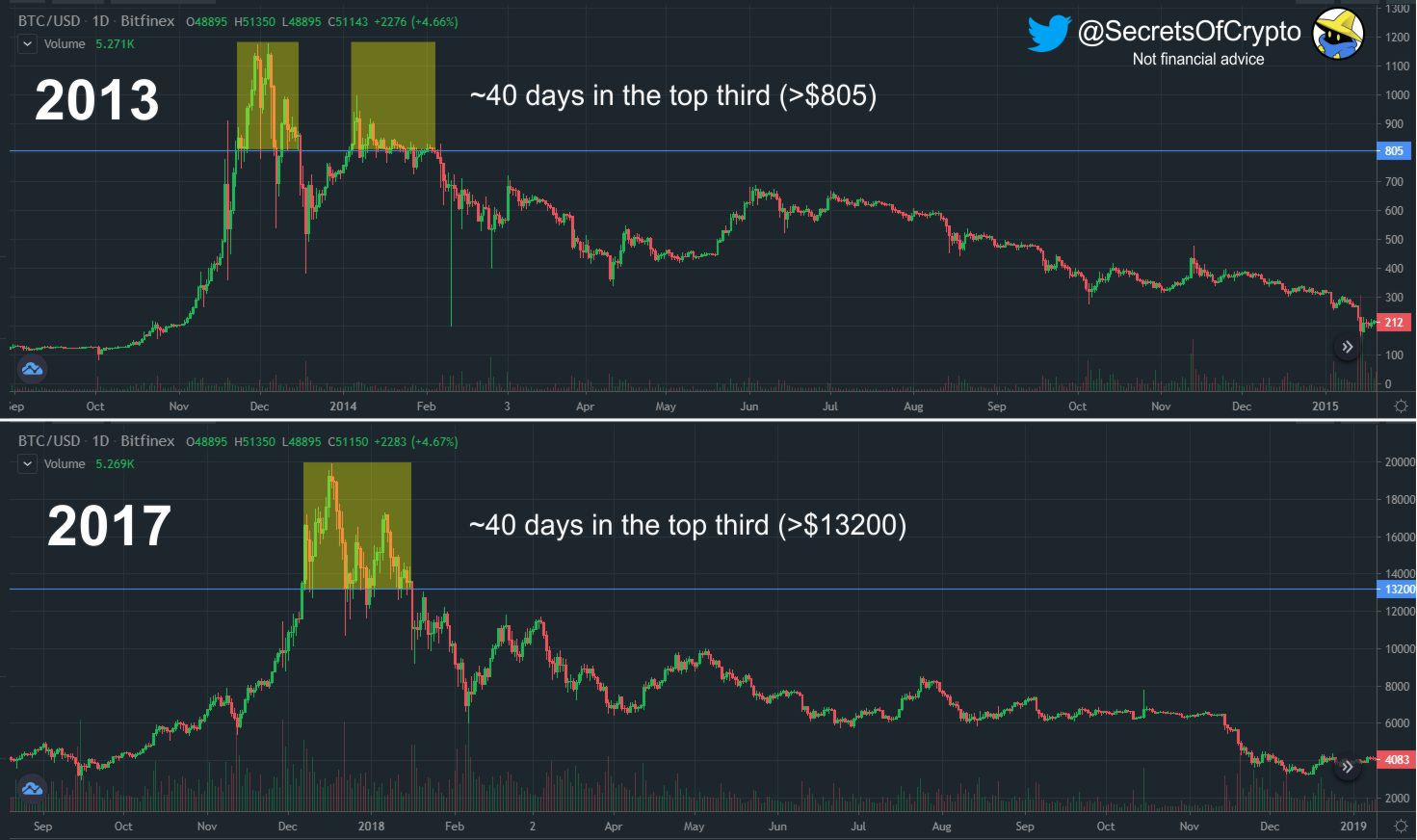 Defining an exit plan (with % and all that stuff).

After the biggest question is solved (when to sell?), which is DURING the blow-off top (not long after!) comes the 'what to do?' or where to put the freshly acquired wealth. Let's break up.

let's assume and the hypothetical case of Eric, who started with 10K€ at the beginning of 2020 and now holds around 100K€ in crypto. Let's assume he does another x10 and ends up with around 1M€ within the blow-off top period of this bull cycle.

A part of the funds should be allocated to improving and securing your life outside of crypto (assuming you never took out profits), this means:

Let's assume that Eric had 50K$ in debts (for whatever reason). Also, assuming that everything in crypto is profit (never the case), the corresponding taxes for 1M$ would be around 250K€ or 25% of profits (assuming a worst-case scenario when paying taxes).

I would also feel convenient a 100K€ Liquidity net. With that amount, you can easily live for years in a modestly way with occasional whims.

2 - Security inside of the game.

Once all the basic needs are covered, it's time to find stability inside of crypto, this means keeping a very big net worth into stablecoins while the storm happens outside and the crypto winter gets colder.

The goal will be to have a diversified basket of stable coins USDT,USDC,DAI,UST and even HBD.

Remember that security it's the #1 goal, so if the highest grade of security it's on Ethereum, we won't mind paying their fees. I personally hold most of my long term bags in ETH network, and my trading bags in BSC, for example.

I lived with less than 400€/month only a few years back, and the minimum wage here is around 900€. So yes, you can live off with 1400€ easily as a supplementary income. If you keep adding other income sources or a regular job at MacDonald's you're in a very good position (I would flip burgers on the bear just for the laughs).

Because you can never be 100% certain of where the market will end. In case it expands a bit more you still have skin in the game and enjoying awesome profits on the way up while you keep selling. Don't fool yourself thinking that everything will go up forever, sooner or later, a big correction will come and bring us a -50% correction for Bitcoin and a -90% correction for most alts.

Regarding the funds I would allocate them like this or similar:

'Everything else' means a bit of ETH and other solid alts, in my case that means ORN, AVA, DAO, HIVE, and other HE tokens. Keeping a stake to keep participating in presales, keep getting exposure into NFT's and Gamefi, while learning about the upcoming trends in the market. Remember, DYOR is always a must.

Learn how to scalp trade with a very residual amount (500-1000$) can end up as another relevant source of income. If you don't need the money it's only numbers on the screen.

What to do after 'Endgame'?

Once in the crypto winter, the #1 and most important rule is to wait patiently, remember all the chances that we had in the previous bear to buy? Remember November 2018 or March of 2020? Patience, we'll have more than enough time.

Learn to notice them and start buying gradually Bitcoin (I mean, very slowly). 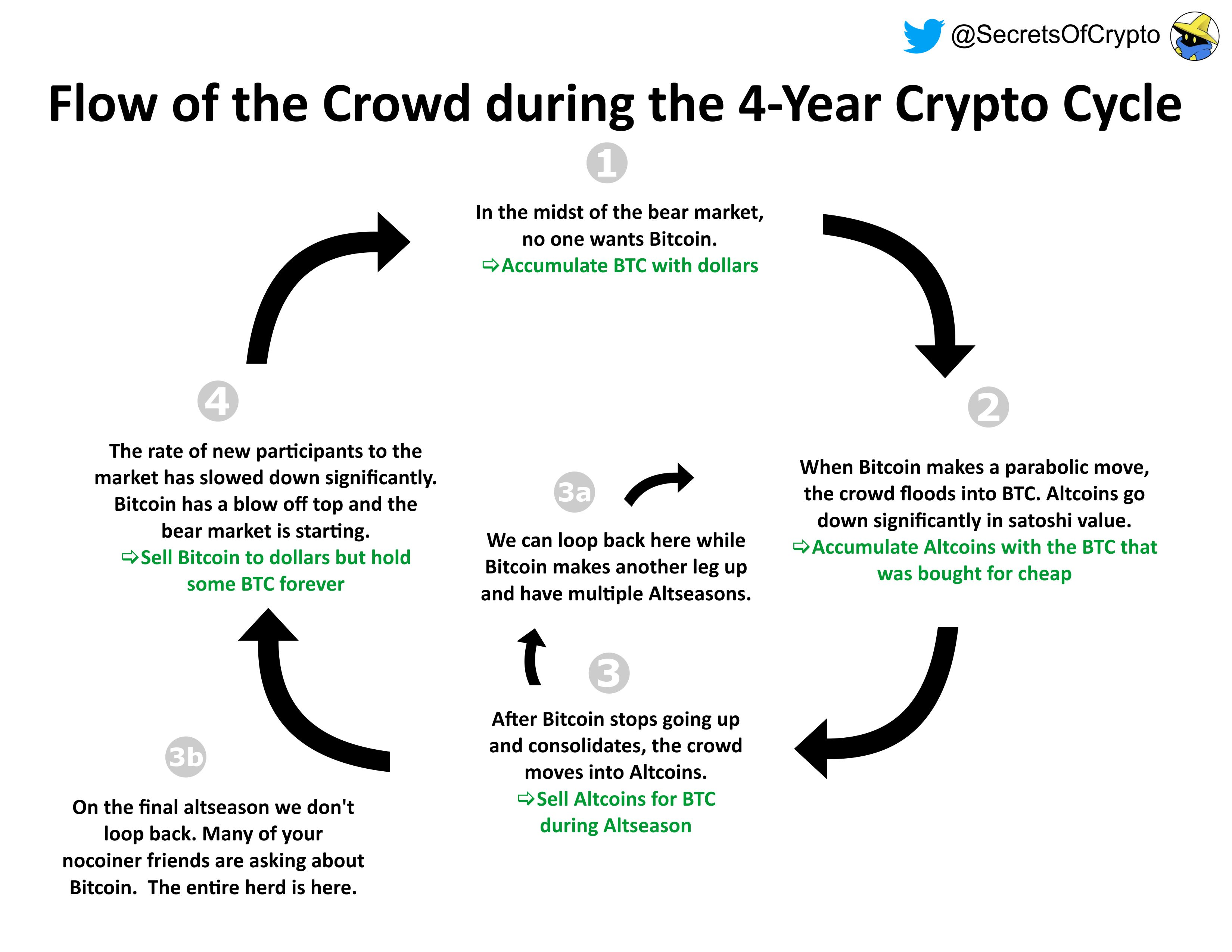 Bitcoin and its next halving will mark the path to follow. Then will be the time to start loading on quality Alts and the time for Eric to start converting his basket of stablecoins back into the game.

Then... rinse and repeat. If that cycle were institutions, In the next one will be whole states, governments & countries. Hyperbitcoinization is on its way.

Hope you enjoyed this post (Report for SEED soon btw).
Have a good weekend and don't forget to take profits on the way up. WGMI

You can join us on Telegram and follow me on Twiter. 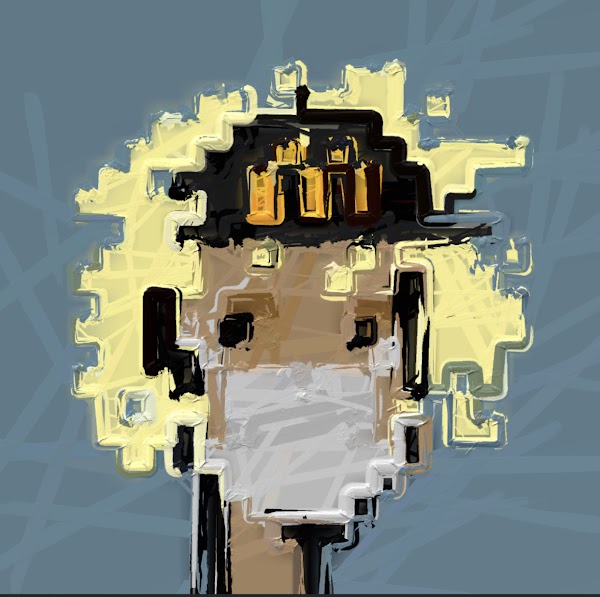