Hive: The Vibes That Comes With Unbelievable Figures 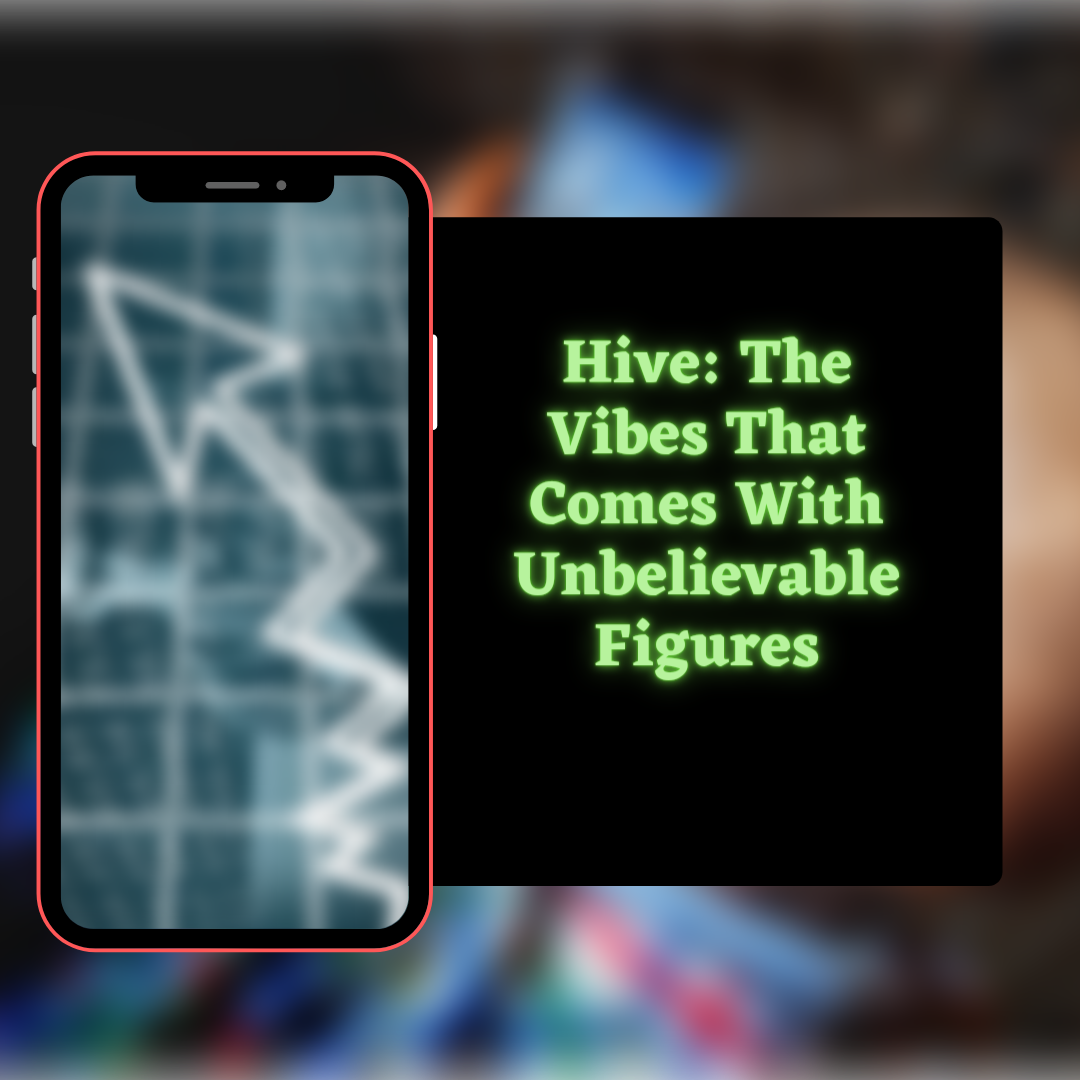 The truth, sometimes, a person can unknowingly be a source of financial advice to another person without even having to use any form of appeal, even suggesting they buy into a coin or a project, but end up telling them it wasn't a financial advice after all. The success that comes with crypto can be infectious, that is, people are attracted to the money but sometimes, unawares of the so many times a person has failed.

When you tell people to do their research, they often tend to ignore the Importance of research, especially when they're a total numb and coming into the game newly. A lot of crypto projects have attained success through hype, I know. Whether it's a viable project or not, the fact that the money is real usually takes away people's perceptive filter about the reality of volatility and how suddenly your wallet worth can go from $50000 to $1000 with a few pumps-and-dumps and no buybacks

As a newbie When steem was pumping, I felt that once it pumps to a particular price, it would maintain a resistance, so even when it begins to dip, it wouldn't dip below that price I had thought. Truth is, I was taught a terrible lesson because I began to make unrealistic plans on the basis of the opinion that there wouldn't be unimaginable dips that should restart one again to square one. Inevitably, I was wrong and from $8 or so, steem bottled to like 15 cents.

So the bear market is real and instead of allowing yourself to FOMO or FUD about it, you can allow it to become a driving force to a particular mental growth of a sort. Many newbies are getting influenced by the conceptual theories of people who have longed been in the game and sometimes, this is often one huge disadvantage of a decentralized community. This should not be so, majorly, you learn faster by shadowing others, but you learn better by discovering your own path.

However, money regularly destroy most foundational process of learning when it comes to crypto. What does this mean? A lot of people are firstly exposed to Crypto during the bull market which makes it difficult for them to developing some armadillo mechanism this mechanism is developing personal, distinctive and protective measures to stay afloat and not sell off everything you own, maybe to cut your losses or take care of biological need.

This mechanism is sometimes not needed in the bull market, because prices are good, the money is sweet, and it feels like there is no need to actually plan for when things wouldn't be rosy anymore. Even in real-time situation with fiat backed businesses where the currency isn't so volatile, there's always a saturation and decline stage. This is to say that it's logical to expect decline or abundance, more so, when it's even Crypto for that matter.

Take for example, hive is pumping, so many people are seeing articles daily about the potential of $20, and they're beginning to plan how they'll spend that imaginary wealth. This brings unrealistic vibes to a prospect in price that might take years to eventually become realistic.

People imaginary dream, when they're not hodlers or builders, they make you think they're in for the long haul, when they just want to cash out money with no aim to build something sustainable for their future and your future. Hive's growth is a collective effort, take a look at what @aggroed and has done with Splinterlands, inasmuch as it feels bubbly here, currently. True intents are clear when the bear eventually kicks in.

Now do you want to be that person that wants to build but never had plans to continue doing so because the bear hit and you were never prepared?

For a newbie, don't make some others make you think that holding hive, building your stake is a bad thing. There are many advantage of staking and owning hive for example, don't feel that you need to power down everything you own to buy back later, let me tell you, you most likely won't.

The truth is, crypto is sustainable, even with the bear and bear always dissuading this notion. It mostly feels unsustainable when your efforts and intents don't tally. However, magic money is crypto, sometimes it's real to look at some wallet figures, the money isn't immediately accessible, so it's not real. To make more money, you need to lock in more money, and one thing I've come to realize is that there's no golden goose that lays the golden egg in crypto.

Try not to sacrifice your standing in anywhere tangible simply because one prospects promise more ROI (return on investment) Try to learn from the experience of others, but don't make them a determinant of your choices. Greed is good, but it can humble you, especially when you want to own it all. From where I stand, building with hive over the years, I've lost many opportunities to even own more money, but I don't bother because in the long run, hive, for me, would eventually prove more beneficial. For me, it's the long game, the marathon.

Circumstance Or Self Induced: How Do We Generally Lose People?

Financial Literacy For Beginners & The "Unaware"

Lessons To Learn As A Potential Nigerian Migrating To Another Country.

Buying Education; Missing Out On Knowledge (Ignoring The internet As An Important Learning Tool) [Part 2]

My name is @Josediccus, a young Nigerian entrepreneur who is a Vlogger, A Psychologist, Poet, Sports Writer/Analyst & Personal Finance Coach. I'm using my contents as a process to create shared meaning as well as create expressions through which people on/off hive can relate. I believe content is a process to be enjoyed and relished and I'm up for any collaborations in my field stated above. Cheers

I'm hoping to reach more people who are broken at heart and spirit, so share on any platform or reblog