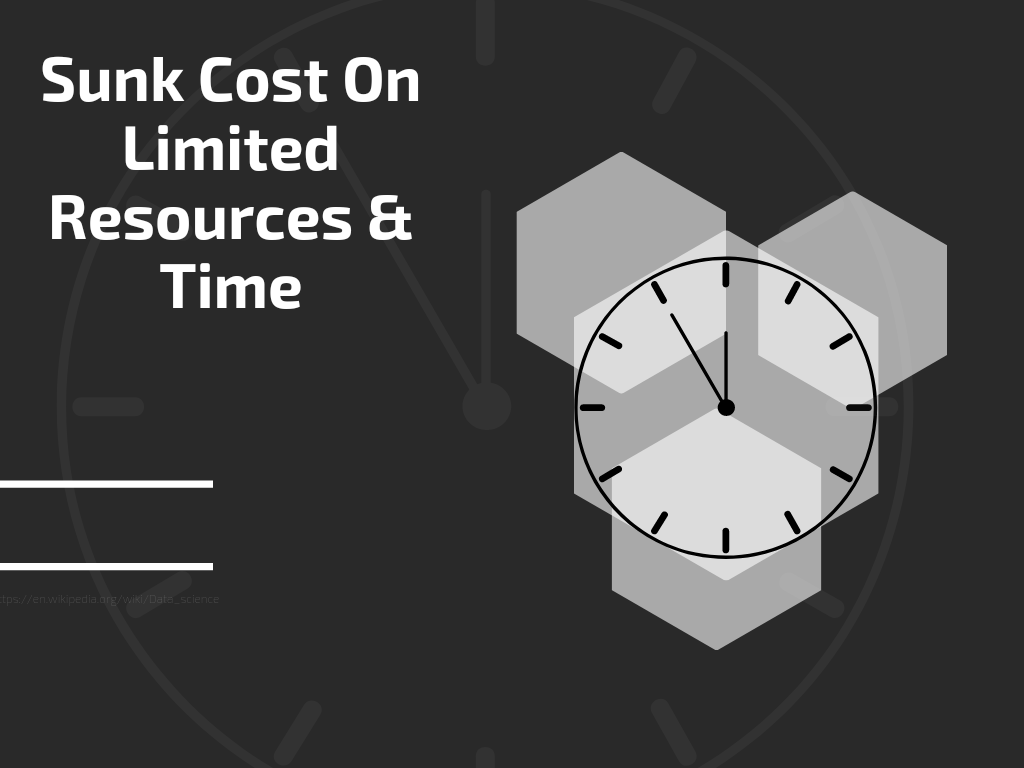 The Sunk Cost Fallacy: (In View)

A sunk cost is a cost that can be incurred with a major spending and has no potential of being recovered whatsoever. In life, there are so many costs that tends to influence our rational thinking and one of them is the sunk cost of "time". Sunk cost for example is evident in how we spend extra time on a fruitless venture, simply because we have initially begun spending futile efforts only to realize too late that the time we have spending could have been channeled into something better.

That "time" lost is what a sunk cost is. The reason is because that time is arguably proportional to money, because it could have been spent on a venture that has the chance of yielding prospective returns, however, "the time" is a cost that we have incurred along the line for trying to build a venture or a structure that eventually failed with time. Sunk cost of course is bigger, but to it narrow down, I decided to choose a perspective, I try to focus on its effect on "time".

Sometimes while people are spending, sunk cost often comes as a direct repercussion, (which can be positive or negative) one which is often difficult for people to change or do anything about it. However, this doesn't mean a sunk cost cannot be achieved for a very good aim, it's frequently the basis of the rational and the rational decision we make on a daily basis.

For example, the internet expenses people spend in learning a skill or looking for a job is a sunk cost and this is because that money isn't a fixed cost, it cannot generate interest, either simple or compound. It's a fee which we regularly see as a means to an end, and it cannot be recovered, no matter how much it costs, the fact that we cannot sell it, or refurbish it to serve as value to someone else or even to ourselves again, makes it a cost that is only singularly valuable to achieve a means

When we begin to face real life issues, it's always difficult to remember that, that time and effort lost in doing the wrong thing is often a sunk cost. Why? This is because that time can never be recovered, neither can it be converted to value because it's part of what we have sacrificed in the attempt to actualize an objective. For example, a person might choose to spend on irrelevant degrees simply because it promises to boost their level or their salary in their working place, To them, this is logical.

They're rather thinking that the time and money they'll spend is for the ultimate benefit of getting more money hence they base their reason on the illusion of rationality, but here's one thing, so what if for example, the company hits a decline due to some anomaly hence going bankrupt, the person would need to finish up that degree, spending that time and money despite the fact that the initial aim or purpose is now null and void. 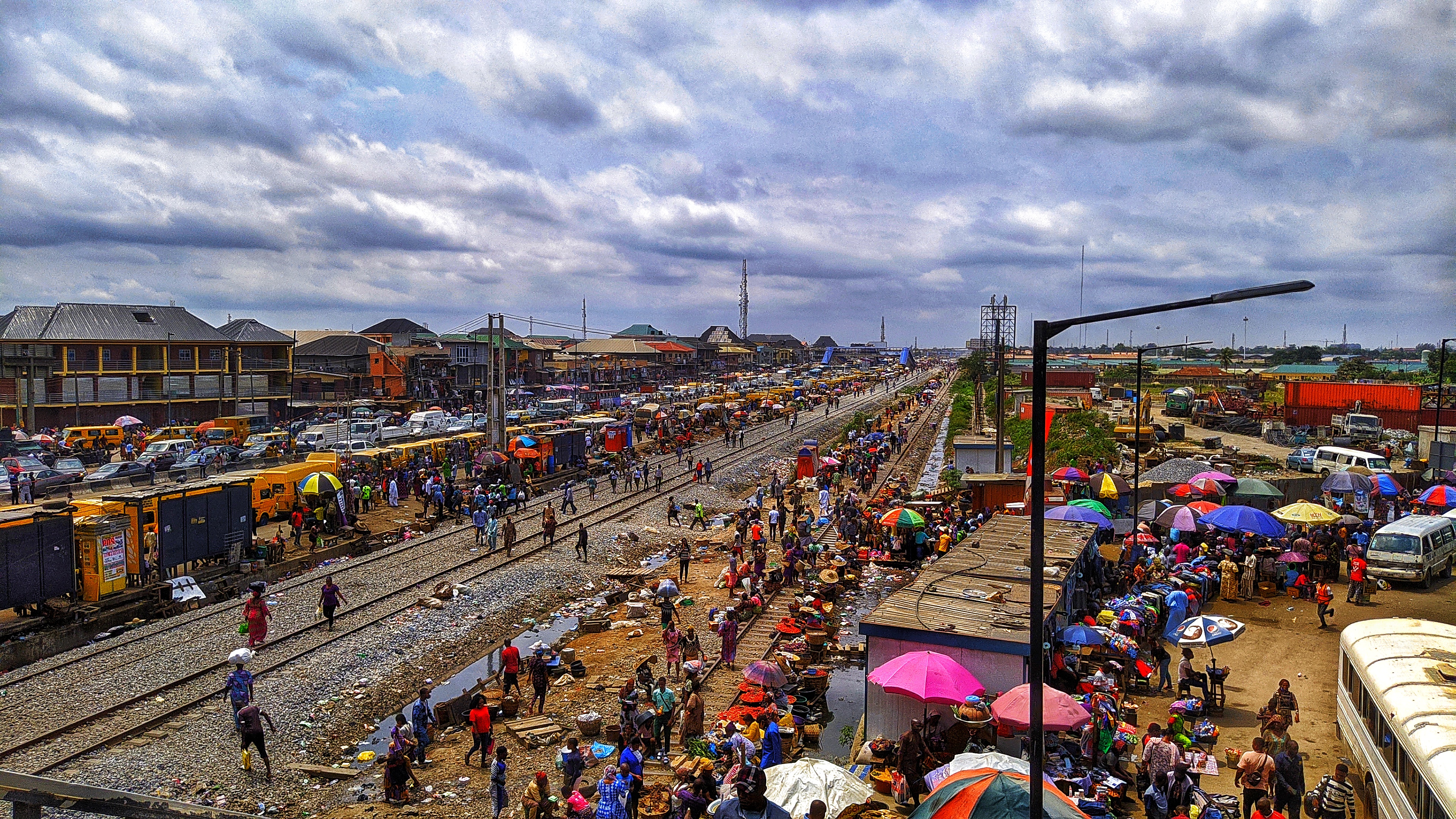 In Nigeria, for example, because we're poor managers of time, we tend to accrue a lot of sunk cost along the line. What we don't know is that when sunk cost reaches a particular level, it begins to have a direct impact in our lives, especially when it comes to resources and time. However, many do not care the kind of cost they accrue provided there's a chance they might get to where they desire, or what they want. For example, if $10,000 is proportional to an all expense paid trip to the UK, with an opportunity to meet Adele, many would choose the latter because they feel it's invaluable as a result of what others might be willing to give off to have that opportunity.

Sometimes people are of the illusion that no time or money can be equated to what they really want, they see an invaluability to that aim making it difficult to see the sacrifices, the ripple effect they create along the line and this is often more rational than logical. While sunk cost can be made invalid by the eventually providing gainful utility, it's important to note that sometimes it accrues a repercussion that might futuristically take its tool, for example, choosing to learn the wrong trade because we're too impatient to find the right one.

The Sunk Cost Fallacy: To Your Personal Finance

An inclination to follow through a venture, especially when we realize that we have initially wasted a lot of time, is born of an emotional impression rather than a logical expression. This is why we should know when to quit, because it's more profitable to quit and not because its "too late" to quit "Time" In personal finance, is very significant and this is because we have to understand that the human lives and it's frailties as well as its limitations is a critical "aspect" to always consider when it comes to the striving or the struggle to make money.

While we cannot control every sunk cost we accrue due to our spending and decisions, we can choose to be Proactive in our decision-making in other to decreases the repercussion that comes with sunk costs. "Time taken" for example is a common sunk cost made by so many people, and people can actually choose to reduce this by being more intentional and minimal.

Circumstance Or Self Induced: How Do We Generally Lose People?

Financial Literacy For Beginners & The "Unaware"

Lessons To Learn As A Potential Nigerian Migrating To Another Country.

Buying Education; Missing Out On Knowledge (Ignoring The internet As An Important Learning Tool) [Part 2]

My name is @Josediccus, a young Nigerian entrepreneur who is a Vlogger, A Psychologist, Poet, Sports Writer/Analyst & Personal Finance Coach. I'm using my contents as a process to create shared meaning as well as create expressions through which people on/off hive can relate. I believe content is a process to be enjoyed and relished and I'm up for any collaborations in my field stated above. Cheers

I'm hoping to reach more people who are broken at heart and spirit, so share on any platform or reblog