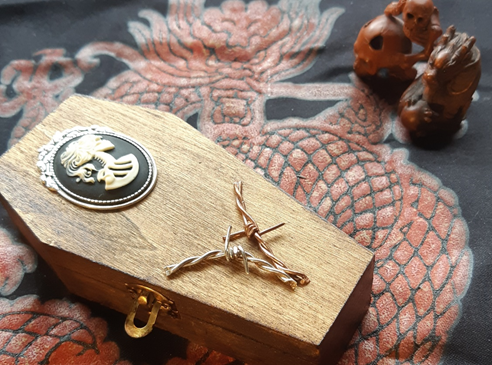 “Now I understand why the old Boss got the pair Jin Jin, a symbolic spiritual communion of their Chi.” 🐲
💀 “Yeah Burt, their Chi fits in them much better than their remains would.”

Yes, this is part three of Nyssacat373’s latest gift package. And to my surprise he had been reading my old posts and felt that it appropriate to include this novel and unusual item. Beholding the casket shaped box reminded me of an anonymous Gothic quote, “You can’t truly embrace life without coming to terms of your own Death.”

But this wasn’t about two lonely human souls separated by distance and borders. But representing the end of a way of life for many, in a land that used to be the envy of the world. A land that now shuns the values that once made it strong and free is now in rapid decline in it’s own morass and self-delusion.

Can it be saved in time, or has it’s time already run out? 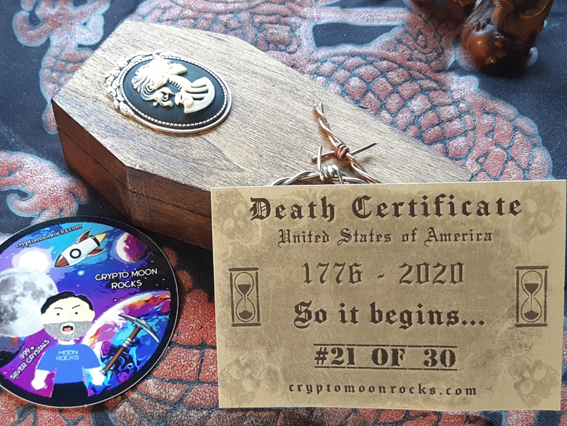 ” So it begins...” ypschwartzy says is the Title of this art, and not “Death Certificate of the USA”
The Victorian cameo is a nice touch and there is a Gentleman’s version made as well. I was informed that it was one of a matched set. And the Barbed wire fragments appeared to be bullion copper and silver, so I leave that to your artistic interpretation in the context of the theme presented. 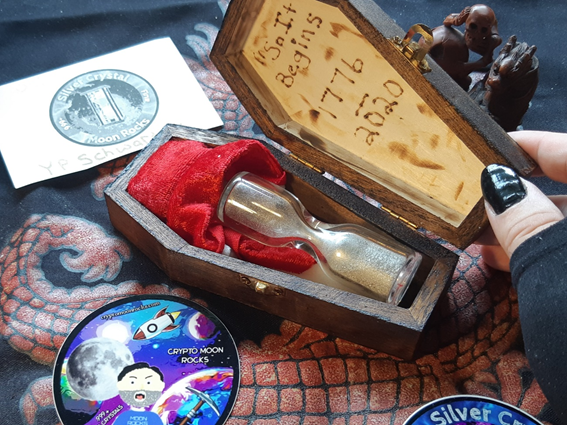 An hourglass with One troy oz of silver granules
The message inside the lid “So it begins” scrawled inside as if it were coming back from the pit of hell.

In light my latest medical issue I’ve dropped a part-time cash job and cut back on another but still long stretches of working nights, care of my kids in the day, maintaining a home while 'On Call' and then still trying to fit in curating and writing often at the expense of sleep.

So, my apologies for not posting last week as I still find myself recovering from my mental shutdown. And the trigger? I was buried in Tax Returns that needed filing by friends and family who believe that I am a whiz at filing Taxes! 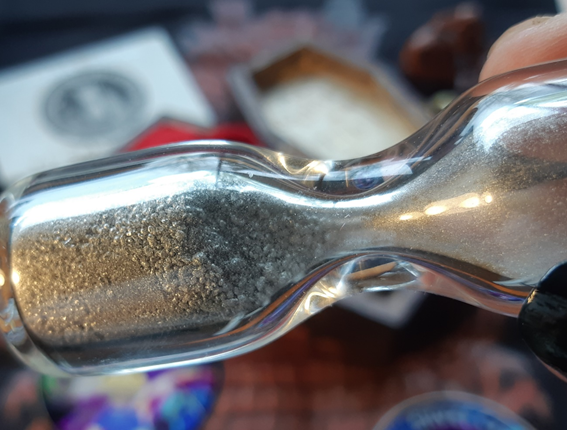 A close-up of the granules of .999 fine silver inside.

“But you are so good at it!” says my baby sister, “Pizza again, my treat!”
My reply, “You have to learn this on your own one day. The CRA is now offering a free service for basic Returns.”

Another relative says, “You paid off those huge debts and have savings too, you’re a financial whiz!”.
My reply, “Try getting rid of two of your cars, you’ll think money just appear out of thin air. And I am not a Financial advisor!”

Then my excitable nephews say, “You trade Bitcoin? Wow, you got balls Auntie, I want to trade Bitcoin too!”
My reply with the Arnold Palmer like quote, “I’m just damned lucky, the more research I do, the luckier I get. And it’s mostly Dogecoin and not Bitcoin.”

So, this had undesirable consequences in the form of lapses in judgment and errors especially in the administration of medications and pharmacology. Such that additional instances or incidents have now got the attention of my Supervisor. “Take another night off as Sick leave!”

I better get my act together and try to get more rest. 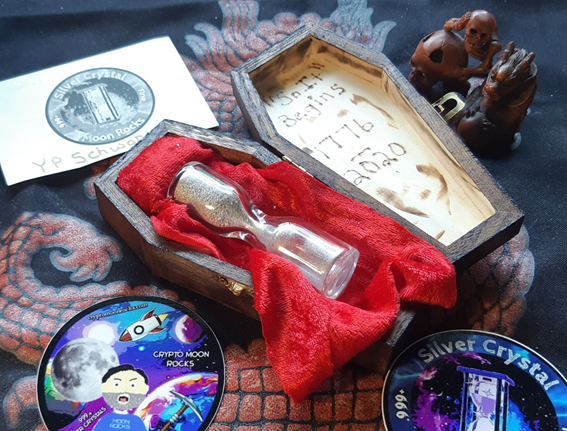 A red Penne velvet lining/shroud as a nice touch.
The question I ask my guests is this: Who tried to kill Silver and lock it away buried, and never to be seen again and why?

And thank you for being here as my guest today.

The Creator of "So it begins."

As his website suggests, Ypschwartzy is an artist, silver bug and ardent believer in the use of Crypto currencies. He would even offer a $1 discount on any of his products should you offer to use Crypto as payment.
Psst… and his favorite seems to be XRP and not Hive. 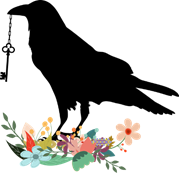 You know my 'Play book' Captain Nyssacat373!
I am at a disadvantage, again accept my Gratitude for this delightful gift. 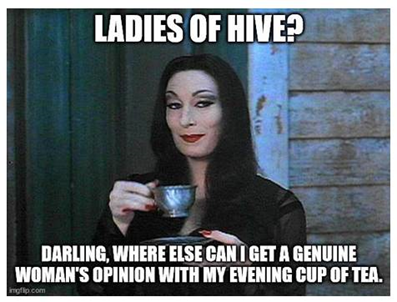 It's been a fun Meme week Ladies!