#piratesunday: Dogecoin profits taken off the Table and a Liberian Silver coin 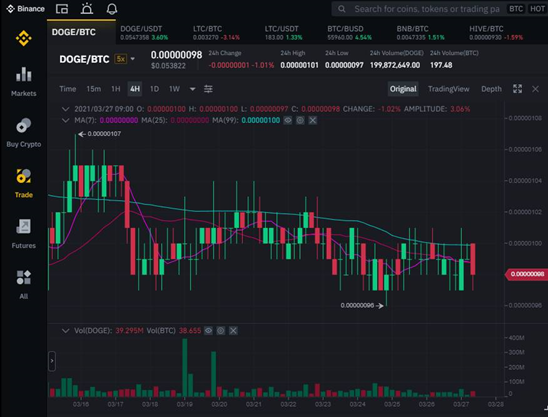 ”I’m a Silver Pirate and no scurvy Financial advisor.” ~ The Bloody Raven

It’s been well over a month since Elon Musk made the Twitter endorsement elevating the Dogecoin price to lofty heights never seen before. Crypto-Shibes on Reddit, Discord, Twitter and everywhere else in between are reaping huge windfalls of the sudden capital appreciation but how long will it last?

Fast forward to today, Dogecoin has settled into a holding pattern between 5 and 5.8 cents per coin regardless of the recent BTC/Crypto wide selloff or subsequent Tweets by Elon. It was still deep into profit territory since I acquired the coins free a few years ago by Faucets alone. 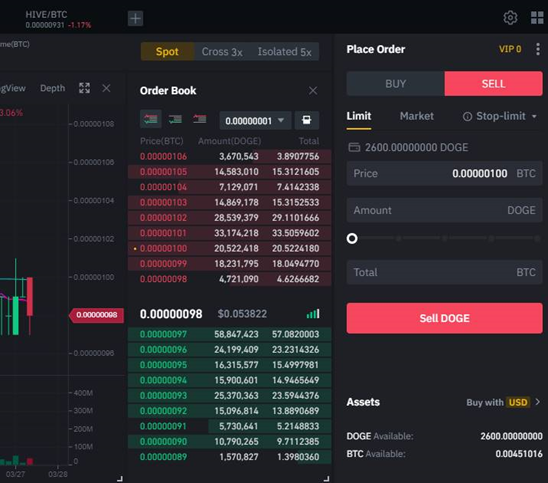 In agreement with a friend’s suggestion, I warmed up my old Dogecoin wallet, then I signed up on Binance and sent tranches of Dogecoin into this Exchange. Other than trading loose crypto change on Discord, this is my first-time trading on an official exchange shifting from my pure HODL strategy up to now.

It was inevitable, but I was excited.
My objective is to take off 20 to 25% off the table for some shopping rewards and set a percentage aside perhaps to beef up my Hive/Leo power. The remainder in my updated cold wallet, and offline.

Binance has a few very useful tutorials if you are a Trading Newbie like me, the trading Interface Screen is laid out logically and reasonably intuitive. It wasn’t difficult to understand after selling a few initial tranches I settled into choosing positions to maximize my liquidation of Dogecoin into BTC and LTC. Litecoin being my favorite Shopping Coin.

Withdrawing my LTC funds was a bit frustrating but once I understood how their 2-factor Authorization was done the funds are transferred to my mobile wallet. And a Shopping I will go!
What did I get?

Wasn’t the cool studded leather collar with the Victorian cameo I’ve been sizing up lately. They don’t accept Crypto yet.


Apmex and Provident metals accepts BTC only from addys from the Continental USA.


I know just the place.


I’ll let you know when I get the first shipment!

Since it is supposed to be #piratesunday, do I have a coin to show while we are here. 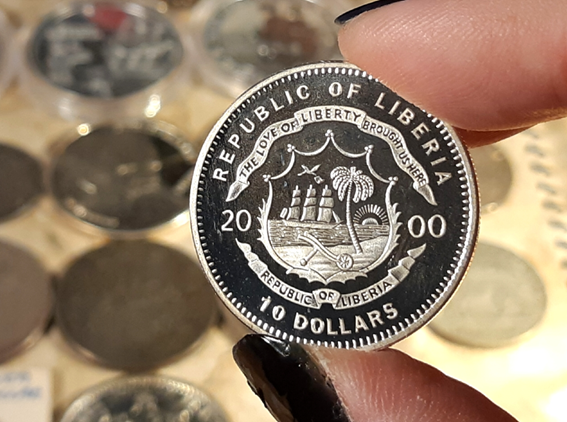 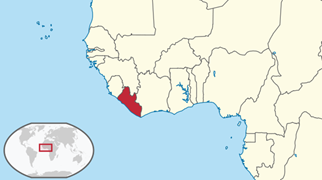 W1
The Republic of Liberia is located on the West coast of Africa of 43,000 Sq Miles. The first Independent Republic of the entire African continent. And a unique history as a Republic beginning as a colony established by the American Colonization Society (ACS) to repatriate freed slaves and freeborn Black Americans to Africa following the American Civil War.

It was a solution option developed by for those that remained oppressed to voluntarily return to make a home in Africa and begin anew. A wealthy free-born Black American named Joseph Jenkins Roberts from Virginia also settled in Liberia was elected as Liberia's first president after the people proclaimed independence in 1847. 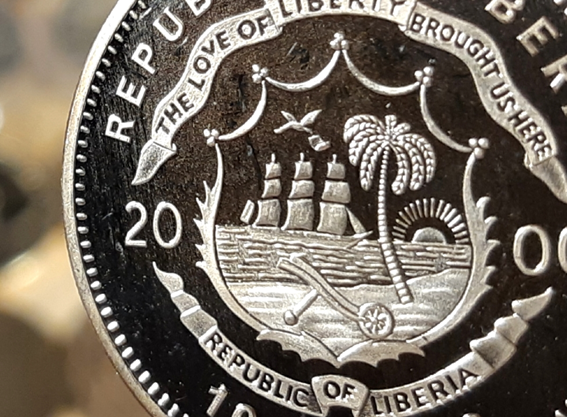 The 19th Century ship represents the ships which bought the Freed slaves from America to Liberia. The Tree represents prosperity in providing shelter and food. The Wheelbarrow, formerly a plow and shovel, represents dignity in labor and hard work yielding prosperity. The rising sun representing a birth of a nation. And the white dove with a scroll representing the Breath of peace.

In all, more than 18,000 individuals partook in that option and arrived to settle in areas they named Mississippi-in-Africa, Kentucky-in-Africa, and Republic of Maryland bringing their American culture with them. Then later merging together forming the Republic of Liberia with a flag and constitution modelling that of the United States of whom most had left behind. The free African American colonists became collectively known as Americo-Liberians holding most of the power. They did not have much in common with the local indigenous tribal majority. They knew nothing of the local traditions, customs, religion and were distinct from the indigenous Liberians that felt estranged from their own land. And this is where the conflict centers about since the colonial years of the Republic of Liberia resulting in at least two civil wars and in the deaths of tens of thousands in the struggle for unity. 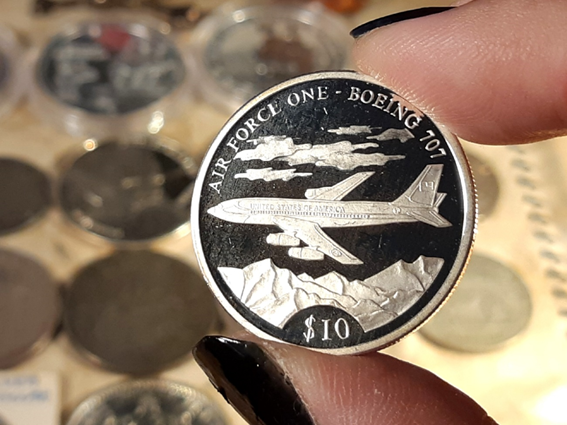 For the purpose of State business, “Air Force One” is technically an official Call-Sign as well as indicating the presence of the President of the United States on board. A mobile Command center also serves as a bunker being structurally designed to be much tougher than a conventional 707. Capable of flying indefinitely, achieve a maximum altitude of 45,000 ft and an air speed of 600 miles per hour, features armored fuselage and windows with likely to have more defensive capabilities that are kept top secret.
This plane accommodates up to 70 people, 4000 sq.ft of floor space, three floors, conference room, office, a gym, a bathroom with shower, two kitchens, a medical suite always attended by a physician. There are two of these planes available for service.

A peace was finally agreed upon in August 2003 with an interim government until an internationally approved free election was held in 2005. Liberia remains largely impoverished with plenty of past issues yet to be resolved but continue to have a fully functioning democracy. The current President is a former football star George Weah.

A lovely inexpensive silver bullion coin on an impulse buy!