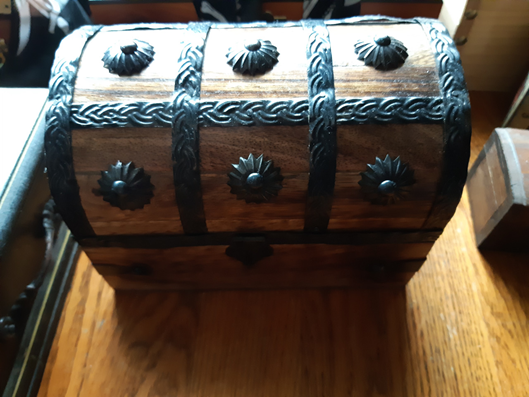 ”Black birds tend to like shiny things.” ~ The Bloody Raven

Almost anything collectable is going up in price. From classic vintage cars to Pokemon and sports cards prices are rising generally across the board. From professional auction houses to club bulletin boards even Ebay are abuzz with bidding and buying in the quest for hard assets.

Silver bullion is no exception. Any object can be fashioned in fine silver to what tickles your fancy and mine happens to be Poured replica Pirate silver.

There is a lot of cash printing going on by cash strapped countries in the name of stimulating crumbling economies and a good chunk of that new cash is in the search for quality valued assets. Why? The threat of high inflation and the subsequent failure of our central bank-controlled Fiat currency system.

A few nights ago, in a quiet stretch of my Night Shift, I reviewed the Silver Dragons latest silver auction. About ninety minutes into the auction a highly anticipated item finally made its appearance on the auction stage. The situational context; One hundred and sixty viewers and potential bidders of Silver Dragon's sixty-five thousand subscriber base are present online.

A lot of hype had been generated long before that evening. Silver Dragons again reiterates on it's extreme rarity. A dear friend semi-corroborated the value of this piece by citing a 2019 Ebay auction sale price of $2000 while he remained skeptical of it's final price and how it got there. I have yet to find the Sales data to verify this.

Up for bids is a One-ounce Silver Baggins silver round made by MKBarz back in the fall of 2016. Number 31 of no more than 140 in existence. 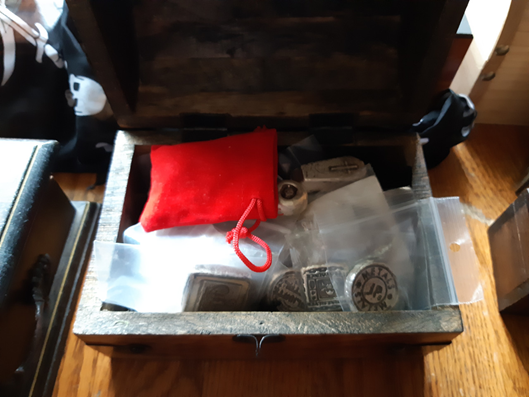 The Silver Baggins silver round was one of a group of YouTube channels that publicly promoted poured silver art. The collaborative effort was a way of supporting those channels as well as a Thank You for their creative efforts in making Poured Silver art a fun and practical part of every Stacker's journey. 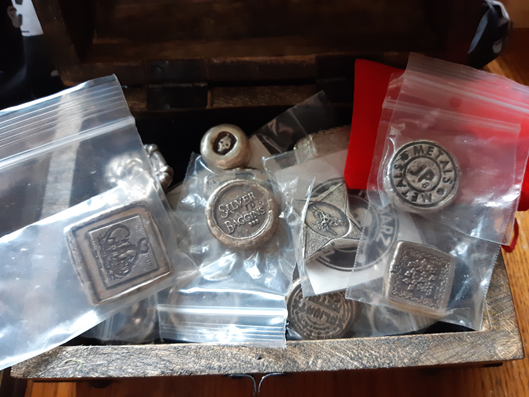 Round production came to a abrupt halt when a legal representative of Warner Brothers warned Silver Baggins that his use of the name 'Baggins' is a violation of a protected Trademark.

Hence, the name since changed to Silver Dragons. I was alerted to the news development and within a few days scraped together enough cash for a worthwhile sized order. I received the number 105 Baggins round. However, at the time my finances turned out quite precarious due to circumstances beyond my control and over the next year so I could not acquire any of the the remaining Channel bars, I've barely managed ten oz for all 2017 and most of 2018. 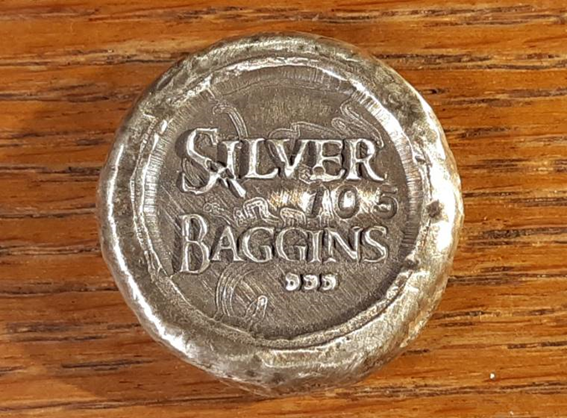 At 90 minutes into the Auction, Bidding for this round began at $120, twelve minutes later with three bidders pushed the bid price to over $400. The winning bidder Fincen, also known as a dashing Instagram Silver Pirate of a big pirate Stack reputation, was thus the final bidder at $450. 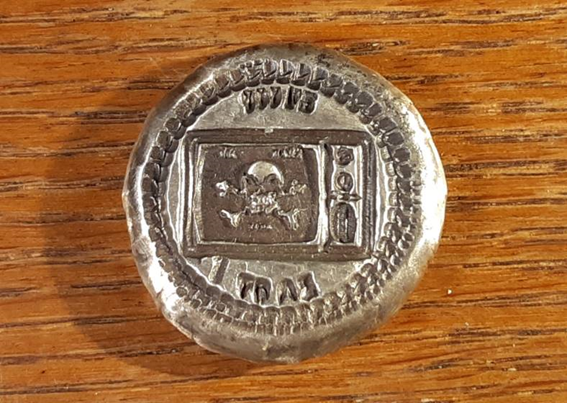 My take-away on the final value

I stood back to observe some factors at play.
Silver Dragons was there to put on a show and make a few bucks to finance his Stacking whether it be by trade, sale, or AdsSense income and he had made strides in polishing his sales and showmanship over the last few years, maintaining a positive entertaining atmosphere. So hyping up this appealing old round is a given with only 140 ever made with very few appearing in the secondary markets.

There is a bit of an aura around the fact that this item is a legally BANNED. He had the letter to prove it. Then, what does that say about the participating bidders? To these prospective Buyers it is a Badge of Honor to possess, so looking at the name handles alone suggests that they tend to be of the Libertarian camp, anti-Authoritarian by nature or non-conformist to the way things are and to own this Round would be a slap in the face of an tyrannical authority to the admiration and accolades of our Pirate brethren and Stacking peers.

And that brings us to crowd dynamics, group think, herding. That intangible phenomena that at a time of battle can kept a battalion of soldiers, shoulder to shoulder, pressing forward into withering gun fire. In this case I had observed many supportive comments from peers cheering the remaining Bidders on as the bid price climbed in leaps and bounds.

But the glory and prize eventually goes to one winner.
The wreath of victory is awarded.
A good memory is born and a friendship or two are made.

A special one Ounce Silver Round for $450.
$25 for the Silver and $425 the Fun Premium!
Congratulations, Fincen, aka Captain Coda, Instagram Pirate.

What a way to spend that Stimulus cash.

So, does anyone else in HIVE possess a rare Silver Baggins Round? 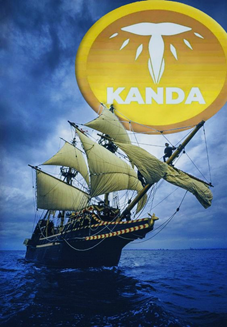 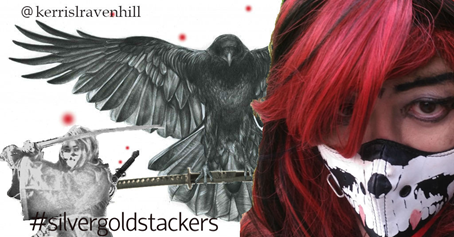 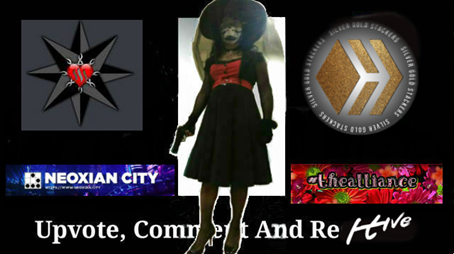