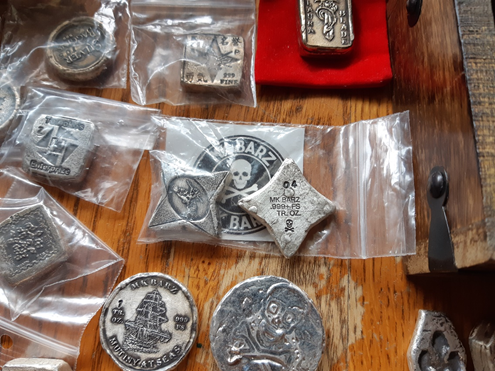 ”Black birds tend to like shiny things. I’m a Pirate and no scurvy Financial advisor.” ~ The Bloody Raven 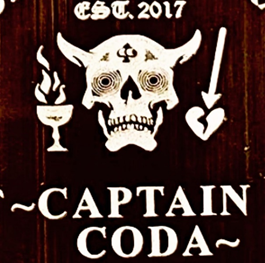 Apparently, my previous Crazy Poured Silver crossover blog on Instagram caught the unpatched eye of a swarthy Pirate Captain whom I have much admired for some time. He has a most dogged determination to widely collect the rarest of poured silver art in all the Silver Stacking seas. It was something in my possession that caught his steely gaze. 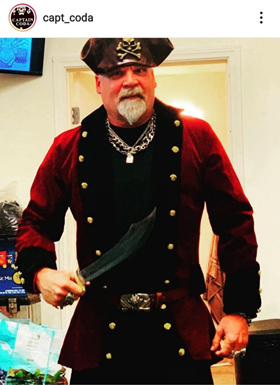 In the comments section I can imagine his personal self introduction in his trademark Red Frock jacket removing his Tricorn hat and perform a proper bow with an 18th Century flourish. His witty command of Pirate parse is in stark contrast to a surprisingly soft-spoken gentleman impart upon a flutter of my heart if he only said such sweet things to all the Pirate gals?

“Well Captain Coda, you can board my frigate anytime.” 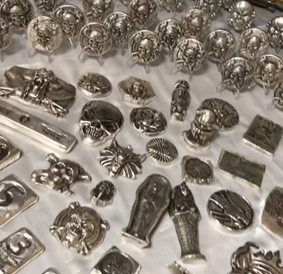 Since raising his Black Flag in 2017 his journeys had amassed an incredible variety of poured silver art in that time. Turning Silver Stacking from a mere hedge in wealth preservation into an obsession and personal mission that made Herman Melville’s character Captain Ahab look as he was just on a casual fishing trip.
Staring and Laughing into the face of high premiums stacking Poured silver hand over fist. That I can understand as my alter ego attest. And I did say, “Everyone needs a hobby.” 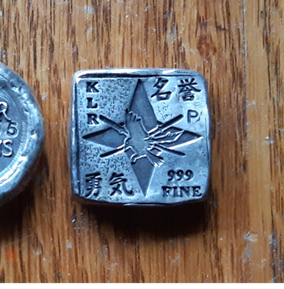 Captain Coda had already acquired my number five KLR MKBarZ collaboration bar and quite interested in acquiring the Bloody Raven’s Shuriken bar at a fair recompense. Of the original 20 Star bars made I had the remaining four pieces; number nine is for my older son, six for my younger, eight as my personal bar and finally number four as my reserve star. So, it was unfortunate that it was not the number 5 Star to match his request. 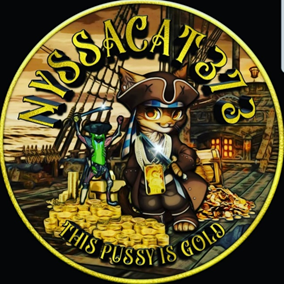 This is where the soap opera begins.

I had already thought of sending my Number 4 star to Captain Nyssacat373 as a surprise. A gift for the good company he had kept me. I cannot begin to match the affection and attention he had showered me over the last several months except the only unique silver item I have from my stack.


So, I talked to my kids about their star bars. They were not as passionate as I was about poured silver, but I had to set an example and have their okay to free up one of their stars for the illustrious Captain. To put it in Pirate vernacular, “a deal with the devil was struck!”


The deal involved Ritual Combat and if I win, I could choose any of their stars for sale. Since I was the Initiator of the challenge, they chose the venue. And it wasn’t the use of wooden Bokken swords. 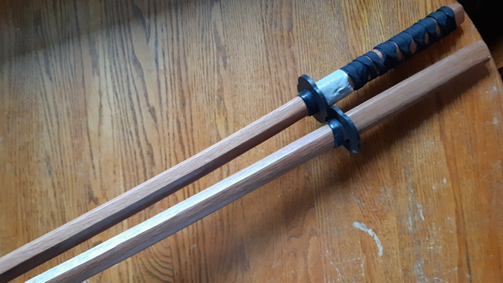 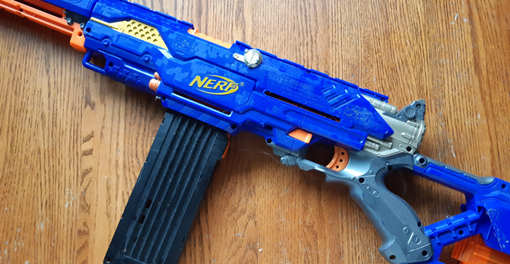 As a practitioner of Kenjutsu this put me clear out of my element and at a gross disadvantage and as a result I lost quite badly at the nearby park and so we celebrated with our favorite take Out pizza. This also underlined my loss of conditioning and health spending too much time at my computer on Hive and related desk bound tasks. But the real take away is I had to make time for my Sons as they are the intended benefactors of my labors. They called it as it is; Time Mal-Investment.

The Order of the Bloody Raven: Silver Shuriken 4 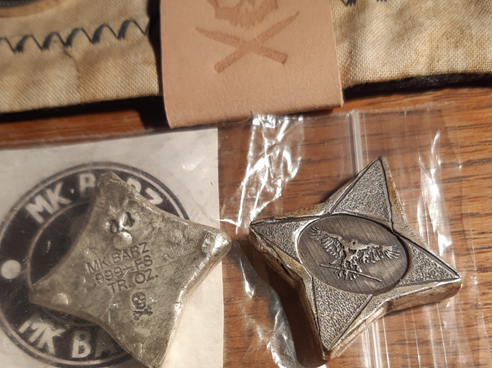 Impressed with their true motivation and intentions, I no longer felt any reservations as I put up my number 8 Star.
The memory is better that way.

The moral of the story was I could spend all my time in focusing on investing on Silver, Cryptocurrency, or anything else, but still, I can’t neglect the valuable time investing in the emotional welfare of my children even as young adults.

The Order of the Bloody Raven: Silver Shuriken 8 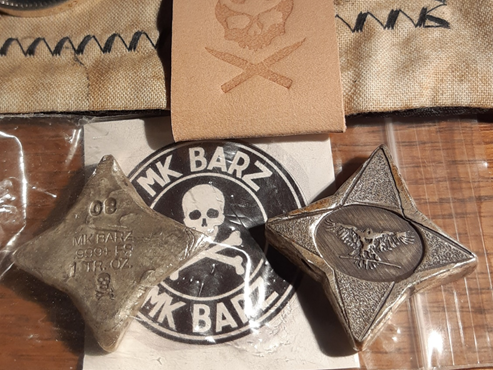 Many pardons for being tardy, but I hope yea enjoyed me quaint Pirate Blog t’day