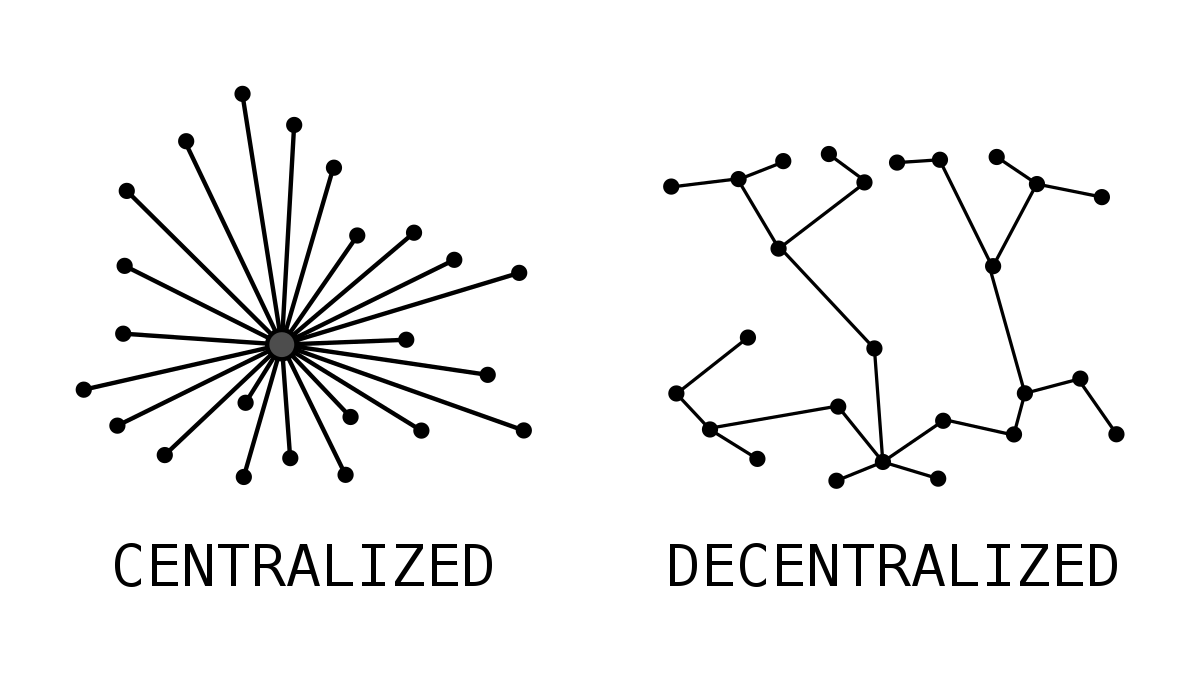 I wonder because I get asked many questions about LBI like when is the next subsidiary like Cublife coming out? when are we going to build a gaming team?, when will we offer a buyback?, things like this and I ponder to myself, why are people asking me these questions? They are a token holder just like me in this fund. I manage the funds and produce 3 posts per week. These are my roles for LBI, I decided to do these roles because im ok with managing funds with my SPI experience and I can produce 3 posts to help with weekly income. I do this because im invested in LBI and I want the tokens to go up in value so this is my input to help make that happen. 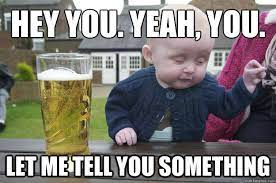 My idea of decentralization comes from a HIVE stacking community and how it ran when I was an active member.

Most people that know my username will have seen it connected to SPI probably but I had a STEEM life before this and for my first 2 years on STEEM, I was heavily involved with #silvergoldstackers (steemsilvergold (SSG) pre HIVE). It's a decentralized stacking community on HIVE. So someone set it up and did a Satoshi on us and left. He left us with a few basic rules and around 30 members at the time. It became a tag we used to post stacking content and host contests but there was no structure. I decided to track new members joining us and post a weekly membership post. I started monthly group buys for different crypto each month and made it SSG members only and I also started the discord server for that community. 2-3 other members decided that we should have our own 1oz STEEM silver round so they made it happen. Members did coin design contests, we voted the best designs and we prepaid ($40k) and minted 1500 coins. We did that for 3 years and never made a HIVE round 😥 5 members launched a community delegation upvoting bot which I run the code for around 18 months with my mate welshstacker tracking the delegations and feeding the info to me to update to the bot. Other members arranged and hosted MONSTER RAFFLES where we collected over 12,000 HBD by selling raffle tickets. We hosted 4 live raffle nights over 18 months and gave away over 300 ozs of premium silver and some gold and BTC. All prizes are donated and shipped for free by the community members. The point is when someone within the community saw something that needed doing are could improve the community, they just did it. They never asked anyone, they never asked someone else to do it, they just found out how to do it and made it happen. There was no shilling and most projects people built for the community were built in secret and we only found out about it after it was launched. I miss those days and how great that stacking community used to be. I miss those days of decentralization.

Do LBI token holders really want decentralization are do they want someone else to do it for them? From my experience with SPI where we tried and failed a few times, I think 90% of people want 100% passive investments. For SPI, we have a small team of folks to work together and give input/suggestions for things we can do to improve income/profit/rep, etc and it works pretty well. I think people like the idea of being decentralized but dont really wanna take part in governance are adding value to that project, running an account, etc. How many tokens do you own that can be used for governance voting? and how many times have you exercised the right to vote? I think personally I would own 10+ tokens and I've voted on 0 proposals ever to the best of my knowledge. Governance voting is free targeted market research directly from already invested investors. When your voting on a proposal, who wrote the selections you pick to vote on? Maybe the game is rigged, just saying, just saying. This is not the reason I dont vote, it's because it's hard to track 10+ projects and my votes are not worth a fraction of a percentage. I can think of 500 ways to spend my time better and you prob could as well.

LBI is free to do whatever. If you think LBI would do very well from a gaming account, then someone put a proposal together and we'll vote on it. We've collected 1 proposal in around 10 months to give you an idea. If it voted YES, I'll figure out a way to fund it and boom, progress, the net starts to spread out and grow. If you think LBI should have another token like Cublife but it pays out HIVE, then launches it. We can do the launch post from @lbi-token and give you lots of exposure. You pay out 80% to token holders, 10% to @lbi-token and 10% to yourself for being awesome, adding value and being part of a decentralized token fund.

From my POV, LBI has gone like this for me. 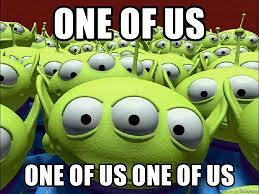 I think I have done enough and it's time for others to join in with me, hetty-rowan, taskmaster4450, alexvan, bozz & empoderat. Do you want an idea for an easy HIVE-engine project, I have had ideas for 100 years. You want to create NFT's under LBI, no worries Fiverr will provide you with custom NFT's and LBI will fund it, help you set it up, have it's own site, promote it and happily take a cut of that action. Helping others to help yourself is a great way to make a few extra $. When I know SPI's token once traded for 12-13 cents and today they trade for $3, that shit makes me happy, ya know because everyone that invested into SPI has made alot of money and it's thanks to the effects of a small team and a few dedicated & supportive token holders it has happened. 20x in terms of $ and 14-16 months of dividends already paid out. I'd like the same thing for LBI, I honestly had higher hopes as the Leofinance community as a whole is tighter than the HIVE community in general, which SPI was focused on.

As an example from SPI. jk6276 runs an account on BSC. He has control of around $15-17k of SPI's token holder funds, he reinvests 50% of earnings and pays back 50% to SPI which is around 300-400 HIVE per week. I'd guess the work involved takes him 30 minutes per week. He does his BSC stuff, moves unwrapped funds to spinvest and then writes a few updates in bullet-point style in the SPI discord server with a few snapshots and boom, he's done for another week.

JK offered to do this, his incentive (i guess) was to increase his dividend payment from SPI and it worked because his input makes up for around 30% of SPI's current weekly income (for 30 mins a week). He knows SPI's set up and he knew we dont include off-platform investments in income reports. He came up with a plan that was so good it would make us break the rule make an expectation 1 time and ask for feedback and funding. The rest of the team liked the idea and so did I, he has a proven past with SPI so he got funded. Just for the record, he takes no cut from this for himself and without him doing this, SPI's div would be at its lowest from div's began so he sorta saved the day. 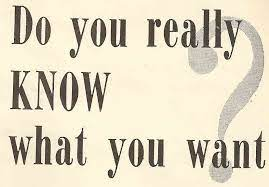 So, were all the token holders now that wanna really be part of a decentralized fund? Nobody in charge, if you want something, either write up a proposal if it's required or just do it if a proposal is not required. We never voted on releasing CUBlife, i just did it. I think most token holders are happy with how it's going.

I manage the wallets, CL and do 3 posts per week which does not mean im in charge. If something is voted in that requires funding, I'll have to find a way to make that happen, that's all. I have alot of LBI information/access and stats but that's part of my job. If someone for example is running a gaming account, they run that account and get that information/access and stats because that would be their job. My job would be to monitor transactions but not ask why unless I see something that looks wrong. Would not be my job to understand what you are doing, im only interested in the bottom line and what LBI gets from it if im 100% honest. If I see a transfer to an exchange like Binance or moving assets to a non-LBI account, I'd probably jump in to see why that transaction was made. The GOV team do their own thing, im not involved with that because im not in the GOV team. You see what I trying to get across here. You wanna start LBI bingo night and use the funds LBI tokens on HE to fund prizes, you will do it in exchange for 10% of ticket sales, that's up to you and other token holders. Im not going to stop you.

What do you want for LBI?

Do you already know what im gonna say?

Well, if you think LBI could be better, are do this are do that, go ahead and make it happen. Others might follow suit and see that if you can do it, so can they. Why not? Shit, half the HIVE related stuff I think about on daily basis is stuff I never even heard about 1 year ago. If you wanna do are learn something, you just gotta go in arms swinging and get it done. Once you get started, you'll be how surprised at how quickly you can learn new things with repetition like learning your first song on the piano might take you months to make perfect but by the time you've mastered 30-50 songs, you might be able to learn a new one every week or few days because of the experience you have. The same thing with doing anything new, you ignore being overwhelmed with too much new information and you learn that first song which is always the hardest. After that, you know the ropes, you picked up a few tricks and your next song is easier. 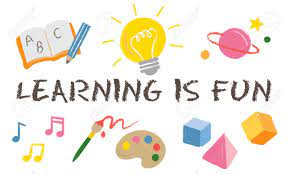 It's like when you first invested in a defi farm project (i assume most have), it was new and exciting. You might have been confused, what's a metamask wallet? what does impermanent losses mean?, can I lose my money here?, what fees am I paying? Fast forward today and you visit your farm, collect harvests, convert them around, invest them, cash them out, whatever all in your stride. You visit new farms to check them out and understand the layout in under 30 seconds, it's easy now because you've been doing it for some time already. 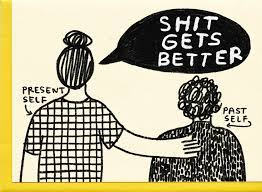 Im starting to talk gibberish, my bed is calling me to be honest, im wrecked. So, anyway, what do you think? We're set up to be decentralized, we have someone that manages the funds, a content team and a Governance team with proposals and rules voted on by token holders already in place. The foundations have been laid, who's gonna build on top of them? You?

Thanks for taking the time to read through the post, an upvote would be cool to get this post into the trending section. Feedback is obviously very welcome, others are encouraged to jump into others comments as well.

Peace out, i've just seen it the 21st so that's means it's CL token mintage day. And also remembered about half way through this post i was supposed to be writing part 5 of the "building wealth" series i've been doing. Anyways, i'll get back to that next week.