In reading the latest LBI earnings and holding REPORT, we see some interesting things. You will notice that the report is #38, meaning we have another 14 weeks before we reach the end of our first year. Thus far, the LBI project is off to a smashing start. 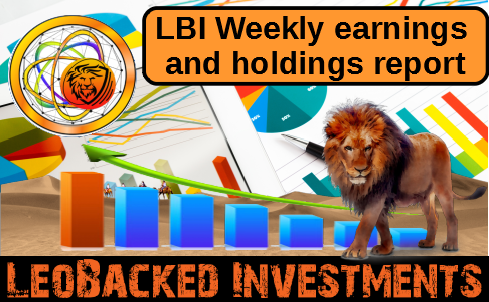 The reason why the weekly report is so helpful is that is enables us to track the progress for all that is taking place. Ultimately, we need to keep focus upon the value of the LBI token. This is what is most important. Ultimately, people bought in using LEO and that is what people get out of it. Thus, everything needs to feed into the LEO value. For this reason, it is best to concentrate on LEO related opportunities since that is what converts for maximum gain.

We can easily see that using the simple PoB offered on Hive is highly successful. By concentrating our efforts upon the basic Leofinance activities, a healthy return is being generated.

Here is the latest review of how we are doing in that area:

Total LEO earning to date or 53,452 LEO which is an insane number of LEO. You see below how much we have earned from each stream from launch. Curation is king for us and i'd guess always will be.

In a bit less than 10 months, LBI earned over 53K LEO. That is a healthy amount to power up and use for other opportunities. It is putting Leofinance in a central position within the Leofinance community. 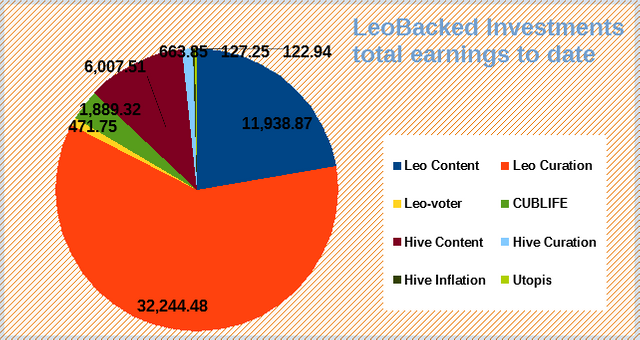 As we can see, between curation and content creation, that amounts to 44K of the 52K. At this point, we don't care how we get the LEO as long as we do. Sometimes consistent effort on the basics really can pay off. No need to overthink this one.

Here is a question for everyone:

If you were told in December, when LBI was first going live, that by the end of the first year, your 1 LEO LBI token would be worth 1.5 LEO, would you have been happy?

Think about that for a second.

Would you have been happy with a 50% growth rate in terms of the value of your holding?

It would seem the answer is fairly obvious. Considering that traditional banks are paying a few percent, the idea is easy to embrace.

Fortunately, this amount was achieved in less than 10 months.

Here we look at the chart and notice the second to bottom line on the right: 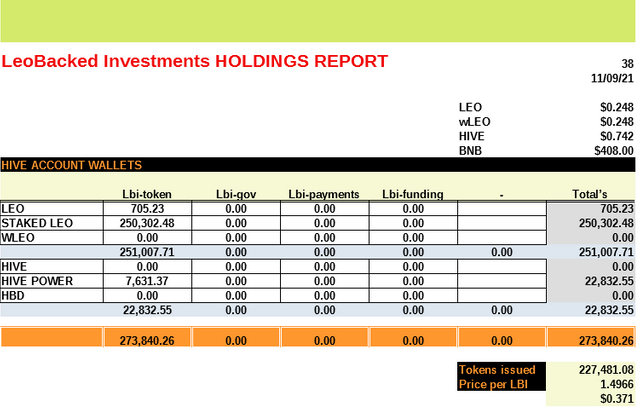 Speaking of dividends, there were some people who were upset early on that the dividends were delay via a community vote. However, this is the benefit of the delay. The LEO that was earned was rolled back into the fund, thus generating a larger return. Sometimes delayed gratification is extremely beneficial.

The key is growth. Do you want to see a growth chart that would make any company drool. 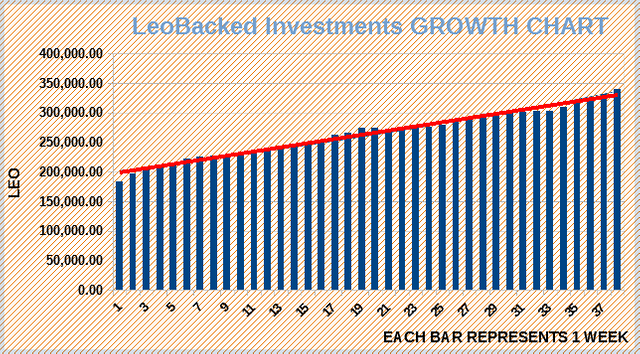 As they say somewhere, how about them apples?

We can see there were a few hiccups along the way where the value of the holdings took a step back. Yet, overall, the trend is clear. Again, sometimes the simple is the most effective. While everyone is looking for massive returns via advanced DeFi applications, LBI simply keeps generating LEO each week that fills our coffers.

The net result is the value of our holdings keep expanding at a significant rate.

Is LBI something that is going to generate 10,000% per day for a week? Of course not. However, steadily we keep growing. This is still year 1. We have 14 weeks left to close out the year and enter year 2 with a lot more in the till.

Like the old parable, LBI is not the hare. We are the tortoise just plugging along. Slow and steady, nothing sexy but winning the race.