Some time ago i started helping Dcity newcomers in collaboration with @ecoinstant, who at that time was Dcity president. When @thegoliath took over the presidency, i continued giving away basic homes to any player the president pointed out to me.

At the same time i have been helping @jrcornel with advice on how to build a Dcity Powercity and i have enjoyed watching him climb the ranks (currently 10th) ever since.

As i am comfortably ranking 1st, it seemed to me that helping other players would be a good way to give back a little to the game and i decided to turn my ad-hoc giveaways and advice into a more structured form: Dcity Helper.

In this series I will be making regular posts, where i look at cities of newcomers and smaller players and give them a little nudge in the right direction, This means i will give them some free cards, which best benefits their cities, as well as some unsollicited advice on how to best, imho, build and develop their city.

In post i am taking a look at @onealfa, He is a hard core Hiver and LEO whale and as he is an investor, he would probably appreciate some tweeks in order to maximize his SIM earnings on Dcity.

This is a screenshot of his city in it's current state. 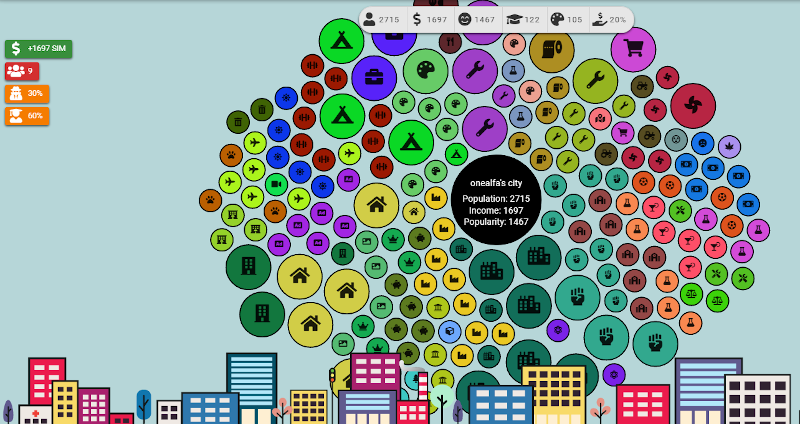 The first thing that pops out is that his population is in the “red”. This means that there is not enough workforce for all the buildings and a closer look shows that one of his university's is currently inactive. This can be easily solved by adding 1 basic home.

Just as many other smaller players, @onealfa has not yet given much thought to technology. With the current market prices for 1st and 2nd tier technology, it is now even for smaller cities interesting to invest in some technology cards.

Right now, he has 9 factories. A basic Automation card adds 3 sim per factory, giving Onealfa an additional 27 SIM daily income. The basic automation card only costs 2,4 swap.hive at the moment. If we calculate 30% taxes, those 27 sim daily add up to 6900 SIM over a whole year, which is 30.35 hive at today's rate.

Lastly, Onealfa has 3 farms. The GMO Farming card adds 4 SIM income daily (but does reduce popularity with 3), giving him 12 SIM extra income daily. GMO Farming costs only 2.6 swap.hive on the market, so if we calculate 30% taxes, this amounts to 3066 SIM per year.

I recommend all smaller players to look at these cards and do the math on their own cities.

I have given Onealfa the following cards in order to maximize that sweet SIM.

The total value of these 4 cards is around 12 HIVE and that is a steal when you consider how much extra income they generate.

Here is a screenshot of the new stats. 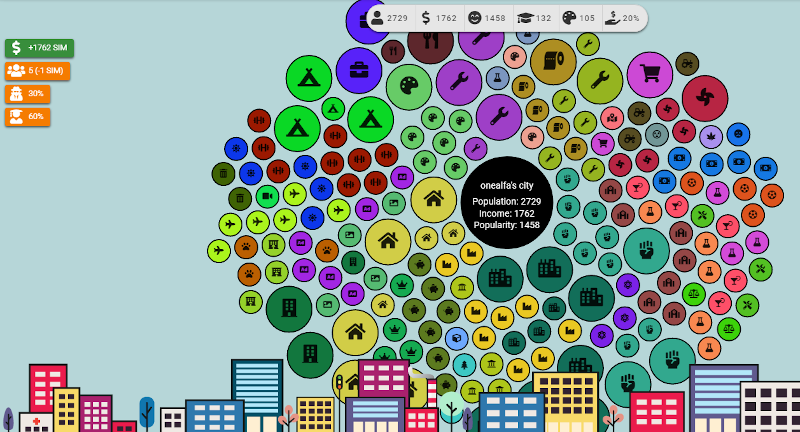 If you are a Dcity newcomer or a smaller player and you'd like to be in one of the next Dcity Helper posts, feel free to leave a comment.