Massive news guys, Walmart an American multinational retail corporation, that is the world’s largest company by revenue, is now allowing their customers to buy Bitcoin in both small and large amounts in their stores located in the united states.

This was made possible by the partnership between Coinstar and Coinme.

Coinstar is an american company operating coin-cashing machines, well known for allowing their customers to exchange crypto for paper bills and gift cards, who provided the big Bitcoin ATM machines inside Walmart retail stores, and the ability to make Bitcoin transaction was made possible by Coinme, it's the first licensed Bitcoin ATM company in the United States, which makes digital currency more accessible for everyone. 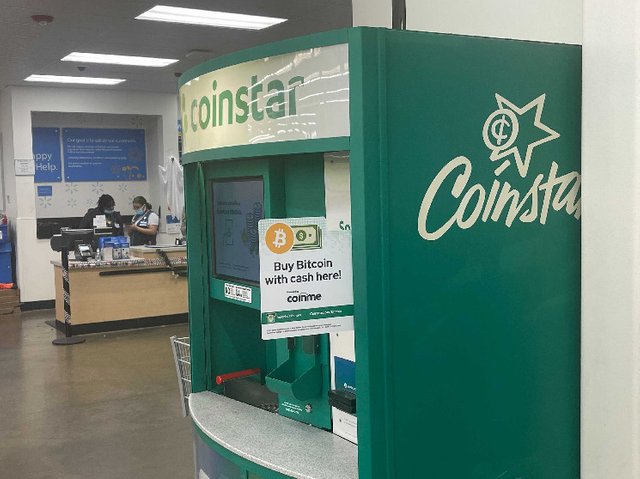 According to a report by coindesk,“Coinstar, in partnership with Coinme, has launched a pilot that allows its customers to use cash to purchase bitcoin,” Walmart communications director Molly Blakeman told CoinDesk via email. “There are 200 Coinstar kiosks located inside Walmart stores across the United States that are part of this pilot.”

In the same report, to confirm the Bitcoin ATM is working perfectly, the Coindesk representative had to try it out by buying a small amount of Bitcoin at a Pennsylvania Walmart on Oct. 12. 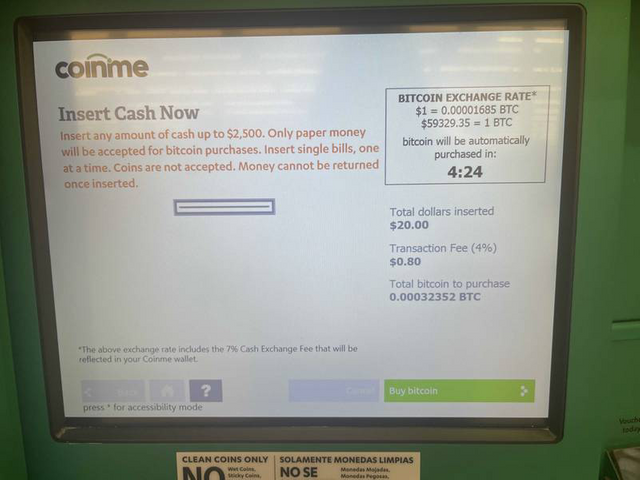 How it all works: After inserting bills into the machine, a paper voucher is issued. The next stage involves setting up a Coinme account and passing a know-your-customer (KYC) check before the voucher can be redeemed. The machine charges a 4% fee for the bitcoin option, plus another 7% cash exchange fee, according to the Coinstar website and verified by CoinDesk representative.

Could this Walmart Bitcoin ATM news be a potentially boost for Bitcoin price, the answer is, a big Yes, because if y'all can remember a few months back, when there was a fake press release which claimed that litecoin (LTC), will be accepted as payment at Walmart stores, the price of LTC spiked up almost 50% if am not mistaken, but letter drop back down, when Walmart issued a press release of their own, that they don't have any partnership deal with LTC. Now imagine what it's going to be for Bitcoin which is the real deal, I'm expecting a bullish reaction to the news. Thank you for reading 🖐🏼😊