Sorry but not sorry to say it...

With all due respect...

(And with that, I wish them and all holders well, as they need it.) 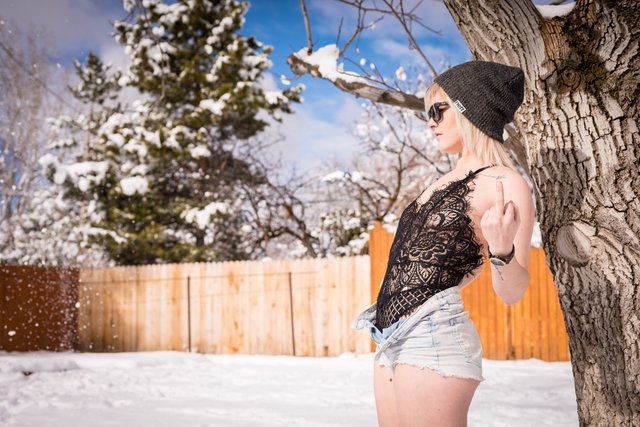 Ok, this may be a little dramatic.

But nonetheless, here's why I say it...

Many of us were lured into thinking EOS was gonna be this huge, monumental, game-changing, Ethereum-killing project. And what's happened?

Voice was supposed to be this major project on it that'd send waves through the crypto space. Nope. Not even close.

There was this community around the blockchain filled with buzz and excitement at all these 'big & exciting' developments happening on & around EOS. Now... crickets.

And frankly, I haven't kept close enough an eye on it to know all the other let-downs that have occurred over the last near-three(?) years as EOS has fallen seriously short of its grand promises and targets.

Yet, none of that is the reason why I state: fuck EOS.

The user experience is absolute shit.

I'd sold off a bunch of my EOS in the summer, and put the rest in an EOSDT contract to take a loan against it. Having recently realized EOS has been a dud I don't want to be invested in anymore, it was time to undertake the basic task of closing those two positions and transferring my remaining funds to Binance.

That took over three fucking hours.

I went through the runner of shitloads of "billable CPU exceeds maximum allowed CPU blah blah." And then there was some other repeated error about running out of RAM or some shit, which I can't even recall as it was so fucking ridiculously frustrating to deal with, I can't bear to look back and smell the bullshit.

(Also add in another hour to figure out how to do one send transaction from another wallet I'd abandoned ages ago because of the same issue - having neither enough CPU to send nor stake. Fucking bollacks.)

Yeah, this is EOS' model.

Yeah, "you gotta learn how it works."

Yeah, apparently I could have 'rented' resources to do something as simple as A SINGLE FUCKING TRANSACTION.

Yeah, eventually I discovered after having to find my way into a Telegram group asking for help that there are two web-based wallets that would cover the resource fees - which would have saved me the headache of going back and forth between selling EOS for EOSDT to payback the loans, then having to resell it to stake it to have enough resources to initiate the transaction to pay off the loan, then back and forth again a few more times to close the loan, and a few more times for the second.

This type of user-experience is fucking ridiculous.

I'm not technologically-dumb, but as a four-year vet who's went from zero to millionaire (and near back) in crypto, this did my fucking head in.

There is zero chance that your average, ordinary, everyday Joe could figure out the sheer basic task of sending a single fucking transaction on the EOS blockchain without magically lucking out by using a wallet that didn't require him to get lost in the goddamn maze of buying resources and figuring out how much RAM, CPU and NET he needed to send $5 of EOS.

This is NOT a blockchain that was built for user-friendly experience AT ALL.

This is NOT a blockchain built for the average person in crypto who wants a simple way to send & receive funds like is doable with BTC, ETH, XRP, ALGO, or any other of dozens of blockchain projects that require nothing more that hitting a send button.

I've got two more days of waiting until my EOS is unstaked. And then, I'm gonna be happy as fuck to get the fuck out of it once and for all.

To those who are still holding EOS and think it's great... may you be content with a Toyota Corolla while the rest of us are driving Lambos after this next bull market.

And of course, that' being overdramatic again.

Realistically, EOS will probably rise along with the tide of everything else in crypto. And there'll probably be organizations with geeks who love details of stupidly complex shit such as this resource model that makes EOS completely inaccessible to the average Joe.

In any case, I'm fucking done.

Life is too short for such overcomplication.

And I'm grateful for the experience and mediocre profits - though still a relative loss compared to other holdings in my portfolio - that I can reallocate into projects that are solid A.F. and have absolutely fantastic, friction-free user experiences.