Making $$$ While You Sleep: Staking & Dividends In Crypto

After four years all-in on crypto, I've certainly learned a few things and would have done a few things differently had I some superpower ability to go back and have a second shot at managing my portfolio better.

One such thing I've been contemplating more and more: putting my crypto to work to earn passive income. 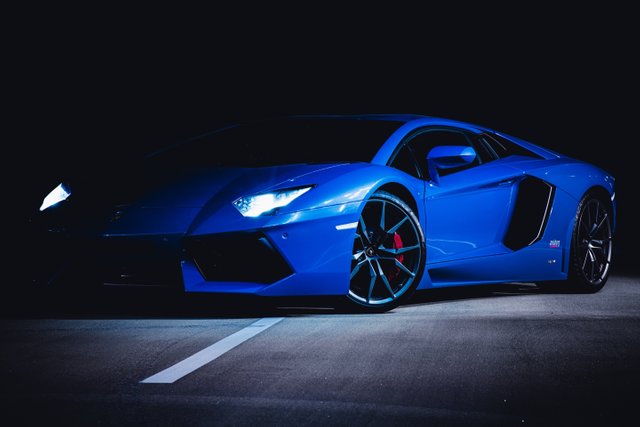 Yeah, I probably earned a bit of pocket change utilizing my Steem/Hive Power to earn a few curation rewards - and slightly more for the brief period of delegating it to some service that generated a better ROI. Though even that was just a small fraction of my bag, with the majority sitting dormant in various wallets.

Staking wasn't really an option until recently. ADA (Cardano) was my first staking experience, and I haven't really touched any of the other newer tokens that've introduced staking to their protocols. (Until Algorand a couple weeks ago.)

And actually watching the rewards roll in with Algorand... it's been a paradigm-shifter.

My long-term goal was always to make enough in crypto to pull out and put in more 'traditional' investments that'd earn a passive income. Though to see that vision actually partly manifest within crypto... it's like, "why the fuck wasn't I doing this sooner?"

Though, I kinda already was... with Nexo.io.

Not much at all. But I'd moved a bit of my funds in there a few months ago to utilize their lending service - collateralizing the Bitcoin I had, borrowing against it to buy some XRP. As the market grew, so did the interest on the tokens held there that wasn't needed to maintain the collateralization ratio on my loans. And that got me thinking: why didn't I utilize Nexo sooner to create some passive income?

Of course, the answer was already obvious and traces back to that core crypto maxim:

"Not your keys, not your coins."

Yeah, earning 5% on tokens seems like a good prospect. But it is worth the extra risk of not having 100% control over your ownership? That's a call everyone needs to make for themselves.

I'd naturally be as skeptical as fuck of any newer company or website that was offering such returns. However, Nexo ain't a new kid on the block.

The fact that Brock Pierce trusted these guys with enough of his crypto to take a $1.2 million loan to buy a property in Amsterdam is probably some indicator of their solidness.

While Ledger has been considered the gold standard of storage, others are weary due to its open-source firmware code and potential for backdoors in it. What if that were the case and everything on your Ledger went bye-bye? Would you have had any regrets of not putting even a fraction of your portfolio into one of the industry's top crypto-banks where it'd earn some extra interest?

Actually experiencing the earning of money while I sleep via both staking rewards with Algo and interest on Nexo, I've been questioning where to put more of my dormant funds...

The staking on Ethereum pools has been an option. But... many factors to consider.

Staking rewards with that started at like 13% APY. But within three months, that's dropped to now 8%. And that'll continue to drop as more gets staked.

Meanwhile, once you stake... you can't unstake until Ethereum 2.0 goes live. Which may be years.

So you could stake via a service provider - which would then take 10% of your rewards - to earn 7%/year. But how long until that number drops below the 6% you could earn on Nexo? And if you either wanted to pull out funds to trade for other tokens or take profits at the peak of the bull market... nope. They're locked in.

Plus... the staking contract isn't guaranteed to be 100% flawless and comes with its own risks. So even if you commit your funds from your own wallet... if you're using a staking service and it's ultimately their withdrawal keys on the staking contract, and they manage to default on their obligations in any way... was it really any more secure than a centralized, insured service like Nexo?

And of course, Nexo isn't the only place to put your tokens to earn passive income. Blockfi is another that's been around for a while and has a decent reputation. They aren't insured like Nexo is, though make claims of having high security - including being invested in non-crypto assets that'd cover any needs of compensating deposited funds. And there are a few other similar 'crypto banks' out there.

There's also the whole world of defi, with all sorts of options for putting your money to work.

And responsibility in determining which are most suitable to one's own preferences, strategies, and risk tolerances.

In any case, the question must emerge: why leave your funds sitting lifeless in a wallet, when they could be earning you passive income?

So if you're dealing in larger amounts, that adds up. And even if not, compound interest is a force to be put to work that can make magic.

Perhaps even just that $500 might be what you need to put into that new hot coin you discover that does the 100x. That could be your kid's college fund, a Tesla, or half of a house (depending on where you live).

Or you can just leave it on a wallet doing nothing.