Many have made the argument that "Bitcoin is valuable because it is scarce."

Unpopular opinion: this is not just false, but an idea that's the product of faulty thinking... 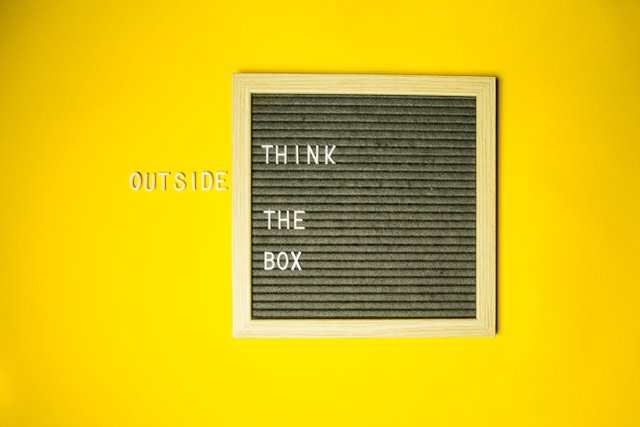 At one level, this may be true.

However, at a higher level of consciousness, it's bullshit.

There is no inherent utility value in one unit of Bitcoin that is at all distinguishably different than any x units of Satoshis - other than the ego gratification of someone believing their "ownership" of this one arbritrary unit of a non-physical thing is somehow superior than a large x amount of smaller units with exactly the same financial value.

It's a fucking ego game. That's it.

There is an inherent utility value to one apple: it can feed a person as an entire meal.

There is an inherent utility value to one car: a person can use it daily to get to work. A person needs the whole, one car for it to serve its function.

There is an inherent utility value to one computer or smartphone: no one can surf the internet to watch cat videos on YouTube with anything less than the whole unit.

But one Bitcoin... what can it do that x amount of Satoshis cannot?

Being divisible into tiny amounts and still able to serve its "utility" as a "store of value," the whole "scarcity" argument only holds up within the belief system that it does.

If the price of a single Bitcoin were to reach $100,000,000, it's not because it has become any less scarce - only because people are willing to pay more - and instead of the average person buying one whole Bitcoin, they'll be buying Satoshis...

But if they were storing $1000 of value in Bitcoin, what actual difference would there be besides the number of decimals in their wallet and the ego gratification of some social status of "virtual ownership of one whole arbritary number on a ledger?

To buy Bitcoin based on this whole 'scarcity' theory - from this perspective of having demystified the illusion of it - is merely betting on the stupidity of people to remain faultily applying this old-world economic theory incorrectly to this new realm of innovation.

And for those who give lip service to Bitcoin being this revolutionary movement to empower people, it's somewhat hypocritical if simultaneously subscribing to this scarcity belief as a foundation for the investment decision - given it essentially equates to an investment in a lower level of consciousness wherein there is a high collective valuation of ego gratification by means of ownership of some arbritrary number that is completely separate/detached from actual monetary value.

It's no more mature than a pissing contest or competing over who has the biggest dick.

Now granted, there is still the factor of inflationary/deflationary dynamics in regards to the fixed supply - whereby there might be some relative value from a mechanical standpoint in the limitations on the generation of additional supply.

Yet to argue that supply itself is scare... hooey.

If someone wants Bitcoin, there'll be exchanges to sell it. And the more they're willing to spend, the more Satoshis they'll get. Exchanges aren't gonna run out of Satoshis to sell whoever wants to buy.

What the fuck is "scarce" about that?

And those who are emotionally invested in the cult-of-Bitcoin dogma probably won't see if even if they read this.

Cognitive bias is a bitch.

Sure enough, there were probably ride-or-die O.G.s who pledged their loyalty to the horse & buggy and defended their arguments for its superiority until the day they died, years after cars took over. There's probably a few people who still think MySpace is the shit.

And don't get me wrong... there's gonna be money made with Bitcoin.

And plenty of it, because people have still believed in this scarcity illusion.

Meanwhile, there a ton of other projects in the crypto space whose tokens have tangible utility value greater than units of account sitting dormant on a ledger while people's egos mistakenly equate one standard of arbritrary units of measurement over another with inherent worth.

Sure, the masses tend to follow trends, and Bitcoin may boom simply because people fall in line with the herd.

Though in my humble opinion, the greater financial opportunities lie elsewhere.

Consider: projections of BTC to $200k by the end of year entail a 4x market cap increase of near $3 TRILLION.

Meanwhile, there are quite a few QUALITY projects that have been building impressive ecosystems with superior technology and top-notch partnerships where a 4x market cap increase is more like only $10-20 billion.

The expectation that $3 trillion worth of capital is going to flow into one asset based on popularity alone... well, it won't be surprising if/when it happens. However, it'll require far less capital flowing into several high quality projects with significant utility value for major instutitions, corporations, and governments to match those same relatively growth rates in market cap.

Eventually, more & more people are going to discover there's many more solid investments than just Bitcoin in this space. And as those billions flow in - to where there is tangible problem-solving utility value beyond the ego-game of gambling on old-world scarcity economics - prices of those 'lower' market cap coins are going to move much faster and greater than Bitcoin's, which will take trillions to double.

Of course, what do I know.

Maybe I'm just some dumbfuck who forgot to drink the Bitcoin maxi koolaid and thus can't see the fantastical visions of it's all-reaching dominance the same way all those with cult-like faith in it can.

Though at the least, I've now seen through the illusion of the "scarcity" illusion many state as a fundamental for investing in it.

And perhaps, if you now do too, you might be at least a little better equipped with clearer vision to make your own solid investment decisions based on objective fundamentals & tangible mechanics rather than faulty cultural belief systems. 🤷‍♂️