South Korean scientists set a new world record by turning on and holding an artificial sun steady for 20 seconds, twice as long as last year. It is the nuclear fusion device known as KSTAR (Korea's Superconducting Tokamak Advanced Research). 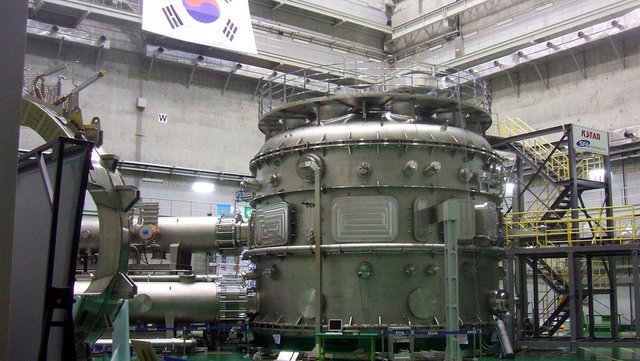 This new experiment further fuels the advances of controlled nuclear fusion, which would solve the energy problems that currently afflict planet Earth. Korea del Sol has managed to turn on its artificial sun, and to make this possible it was necessary to place hydrogen isotopes inside the fusion device, and thus recreate a plasma state where ions and electrons separate, and ions must be heated and kept at high temperatures.

Nuclear fusion is a clean way to obtain almost unlimited energy, since energy can be produced in the same way as stars, like our Sun for example. Therefore, it should not be confused with nuclear fission, which is used in nuclear power plants, a completely opposite and highly polluting process. Therefore, nuclear fusion requires creating an artificial sun, and this is only possible through a superconducting fusion device like the one being developed by South Korea, and as shown in this video:

One of the advantages of nuclear fusion is that we could stop using fossil fuels, in fact, there are already several artificial suns in the United States, China, and the aforementioned KSTAR in South Korea, developed by state entities, the University of Seoul and Columbia University, in the United States.

The problem that scientists face is that for now they can only sustain nuclear fusion for a few seconds, since the enormous energy that is released cannot yet be controlled. Despite the fact that there are still decades to do so, this experiment is already a significant advance, since so far these artificial suns had even managed to reach 150 million degrees Celsius, but less than 10 seconds. The milestone of the Korean sun is that it has doubled the record, reaching a temperature of 100 million degrees Celsius for 20 seconds. It should be noted that in 2018 it barely worked for 1 second, and in 2019 only 8 seconds. So KSTAR's goal, according to its director Si-woo Yoon, is to "reach 300 seconds by 2025."

Nuclear fusion is proceeding slowly but surely, and many scientists are fully convinced that this technology will solve the world's problems.