They create the first robot that is capable of feeling pain

Over the past few years we have seen robots that walk, run, jump and work in an amazingly human way. All of them are powered by fuel or electricity, some have even used a synthetic blood type to try to mimic the human circulatory system. Now what is the next step? Robots capable of suffering pain. 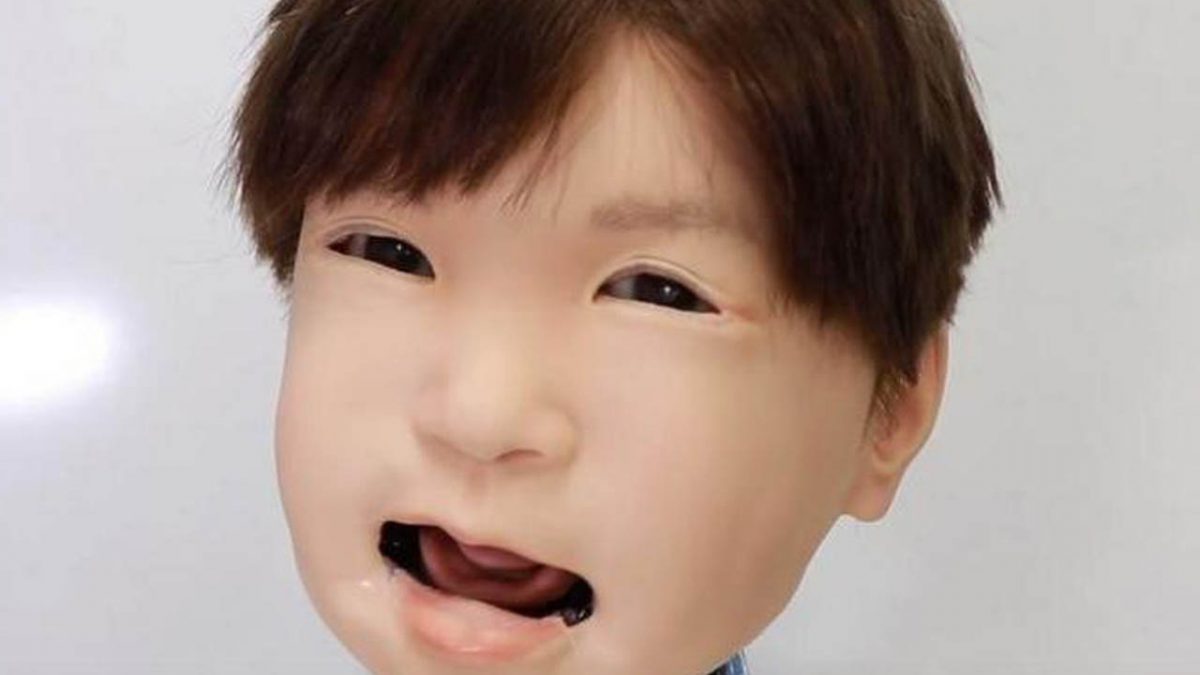 Self-determination, feelings, character, and personality are characteristics that make the difference between human beings and robotic beings. Creating a conscious robot, even one that is capable of simulating human pain, is an almost impossible challenge to achieve. And I say almost, because a group of Japanese researchers in robotics have made a robot feel pain after receiving electric shocks.

The robot is called "Affetto" and has been in development for over 8 years, as it started out as a hairless head that could only make facial expressions limited to eye and mouth movements. Later they improved it after placing hair and an artificial silicone skin on it, and they also installed several pneumatic actuators that allow it to make more real expressions. To achieve this, the researchers had to identify 116 different facial points and analyze the mechanisms necessary to create distinctive expressions such as smiling, frowning, grimacing or responding to any stimulus. The most chilling thing is that its creators have endowed it with the facial features of a small child; so it is somewhat shocking to see the gestures of pain he makes while receiving electric shocks from a scientist who giggles. The ultimate goal according to Minoru Asada, who is a pioneer of this project and also president of the Japan Robotics Society, is "to develop a system for robots to feel, recognize and react to pain."

If we disassemble what the human being is, we see that in many aspects it is a perfect bio-machine: it is governed by a central element that sends orders in the form of impulses at the physical level. So pain is that, a reaction in the form of a signal from the nervous system when something is not right. A defense response that is translated into a feeling. We experience physical pain and translate it into emotional pain. And this is what a group of Japanese researchers are seeking to replicate in a robotic way.

Now if this is applied to the field of robotics, we could give the example of a strong electrical discharge that can cause some damage to the robot system. If these robots react to that damage, humans will be able to recognize if it is in trouble before it fails. However, issues such as ethics come into play again. Meanwhile Asada and his team hide behind the fact that coding pain sensors in machines helps robots develop empathy with human suffering so that they can act more compassionately. The Osaka University team continues to focus on applying robots to quell the plague of loneliness in aging Japanese society, so that robots can provide "physical and emotional assistance" to the elderly living alone.

And to conclude the questions would be the following: Should robots really be made so human? Wouldn't it be enough with an internal system that translates into a simple signal to warn us that the robot has a malfunction? Why ‘humanize’ it so much, being a machine? I would like you to leave your answer in the comments section.

** This post was researched and written 100% by me, and the images used are cited to their respective sources. Thank you very much for reading, and see you in the next post.