A Trickle Out And A River In

At lunch today, I sat with a few colleagues that I normally don't spend much time with and they were talking about investment practices they use or would like to use - index funds, property, programmatic buying and the like. The conversation started because one got an alert that "Ethereum was down 4%" on his phone through his Coinbase app and I mentioned, I don't have any alerts on for anything at all - but I do tend to check things relatively regularly and have my positions pre-set where I am comfortable. 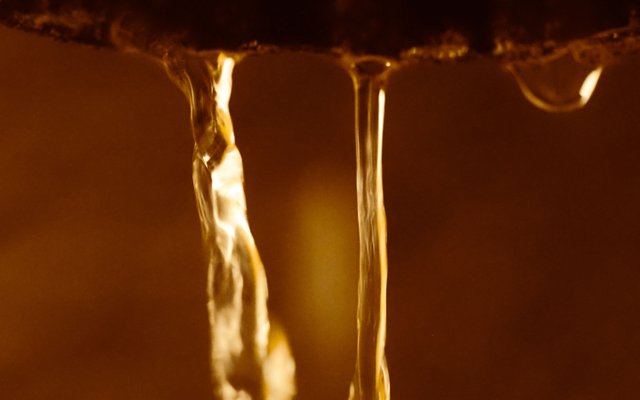 This is what piqued the interest of the other two at the table which flowed into their own practices and one mentioned that they had been "meaning to buy" an investment rental property for the last ten years, but the price is always too high - it is only climbing of course. What I added is, the price is always too high for us to buy, as we always want to pay less, but that is investing. If we expect that the future price is higher or the yield makes the investment worth it, we should act.

It brought to mind something one of my lecturers said back at university - if a decision at a company adds can add one dollar profit, it should be made, as the goal is to increase shareholder wealth. Of course, this doesn't mean chasing one dollar profits because of opportunity cost etc, but the logic is that all that matters to a company is shareholder wealth, the bottom line. This obviously leads to a lot of issues too.

But unlike business entities, people make decisions using their feelings, their sentiment and like my colleague, the sense of "too high" is going to be conditioned by the person making the decision. Too high for one is a bargain for another. Just remember that Bitcoin was too high to buy for many people when it was 10 dollars also. It was also too high at 1000 dollars after moving 100x up and it is too high at 50,000 dollars after moving an additional 50x up.

One of the colleagues was saying he puts his investments into indexes and into individual stocks, but stays away from crypto because he doesn't know enough about it. Which is fair enough, except, why doesn't he know? Is he expecting the information just to fall into his lap? Also, he said that he feels that he is better able to predict whether an individual stock will go up or down because he can get information on the company, even though that has very little to do with it overall. Most people still make their decisions on what to buy based on their sentiment about the company, not the fundamentals of the company.

But it is the sense of volatility in crypto that scares most people and I said that if you want to get a better understanding of the trends, zoom out on Bitcoin for the last 12 years and make a guess for the future. I also added, that the "risk" is far lower than people seem to suspect, because to get the same returns, far less capital needs to be exposed. As I write the other day, in the last year or so, 2000 dollars into Bitcoin would have outperformed 100K into an index fund many times over. But more importantly than that, most people do not have the 100K in the funds, but people like him would be able to safely "risk" a fraction of their savings/ investment capital for the higher return.

Investing isn't an all or nothing position, it is about risk management and that comes through asset diversity. And, the argument of "I don't know anything about it" isn't really valid either, because none of us are born knowing about stocks, shares, options, indexes or even the interest on a savings account - it is all acquired knowledge. The best way for most people to learn is through doing and investing is no different - having a little skin in the game makes a massive difference.

For example, my friend at the table bought some BTC a few months ago after FOMOing in near the high. He is at a loss position, but he didn't buy much at all. If he had FOMO'd when I said to him to get in, the same amount would have covered most of his lovely house value. Regardless of the amount, he spends far more time looking at crypto stuff than he has ever spent looking into his traditional investments, which hold significantly more value in them - why?

People seem to take a "set and forget" approach to buying traditional stocks but once in crypto, they become far more active, because from the get-go, they are making more decisions for themselves and are having to take more responsibility. This means that the gap between them and their position is closer and rather than investing into something, they themselves are invested. Traditional investments for most people are managed - they pay their money and for a fee, someone else does all the "work" - whatever work that might be.

It is interesting to note people's faces when they hear that 2% of their capital could have returned the same as 100% of what it did. But it was also interesting to note that this friend said, that his actually returned 30% - which is massive! You see, he had some cash and bought in at last year's dip in March, so he is feeling pretty good about himself. However, a similar scenario fits, because if he had put that 2% into BTC in march, the gains would be 900% on it today.

These are trickle amounts we are talking about, but the potential for upside is enormous and to risk these kinds of amounts, is essentially no risk at all considering the chance of gains. Not only that, looking at the macrotrends of crypto and what is happening globally, it is more likely to be adopted than not adopted and even if legislation controls it, the amount of people using it is set to explode. Essentially, because pretty much all of the businesses of the future are going to be crypto-enabled models, people like my colleagues are buying into stocks of the future, before the business has even been conceived.

People seem to forget what crypto adoption means at a mass scale. For example, the number of under twenty four year old's who own crypto in Australia is over 30% now, which has doubled since January this year. Ten years down the track and they are not only an economic force, they are also in the companies and starting to make management decisions. Since companies go where the promise of profits take them, they will automatically look to serve and earn from the crypto holders.

Buying and holding crypto now is taking a position in every business model of the future and all it takes to get in, is a trickle. "Risking" a couple of percent for the people I am talking to is essentially nothing in the grand scheme of their investments, meaning that even if it is lost, they won't be too affected. However, the potential for that trickle to be severely increased in value over the next decade or so is very, very good.

Of course, this all depends on the individual and their position in financial life, as well as their feelings of what is considered enough return for the risk. But, these particular people are not noobs, they are not ignorant of numbers, nor are they uncalculating. After all, they already consider themselves investors, it is just that they are yet to understand the economy of the future and the investment vehicles that lead there, and are available now.

Who knows - perhaps they will buy a little and sell on a dip, cursing themselves for being so stupid to invest into something so volatile. Or perhaps, they will set and forget and a decade from now consider themselves investment experts, because of the large stream they created from just a trickle of their wealth.