Agent 99 and the Irrelevant Wealth Gap

Just think about it, 8.8% of the world's wealth is held by just 0.36% of the population. That is incredible isn't it?

Oh... I mean the population of billionaires. That's right, less than a percent of them are worth almost 10% of the total. Just imagine how hard life is for the billionaires at the other end of the scale in comparison to the top. The class war that is going on, the wealth gap between rich and poor, with the hard done by 99% of billionaires shaking their fist at the one percenters in the of the billionaires club.

And you thought your life was rough....

But, things are changing. 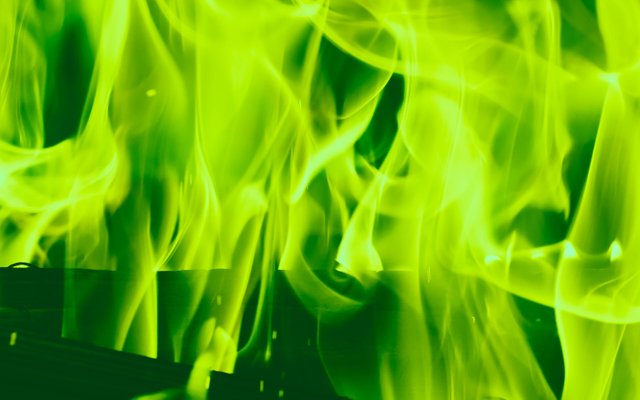 What a lot of people tend to forget that while they get a lot of public attention, the wealth
of the billionaires of the world are not quite what it seems to be. The reason is, that what defines them as billionaires is the centralized description of what it is to be wealthy. They are wealthy by construct based on the current paradigm of money, which is rapidly (as far as economies go) shifting form.

This doesn't mean that these same people aren't going to be wealthy in the new economy as well, but in order to be so, they are going to have to increasingly play the decentralized game, one where the 99% are increasingly going to play too.

Whatever you or your friends think about crypto today, tomorrow everyone is going to be involved with it, like it or not. To predict this, all we have to do is look at the recent past for examples of technological uptakes that weren't "asked for" at the time it was introduced. Mobile phones were ridiculed, internet and email were ridiculed, digital cameras were ridiculed, smartphones were ridiculed... All of the things that you can't do without today were seen as a joke, useless, unwanted. Crypto is just next on the list and is just getting over the ridicule stage, with only the dinosaurs who are actively choosing not to understand it, really against it.

But, they are often the same people who are benefiting from things as they are, the established one percent, not the new entries into the one percent club. This world has shifted a lot already as it is really only in the last few decades that anyone can be a billionaire. I don't mean literally anyone, I mean figuratively speaking, the tech industry has made it possible for all kinds of people to have access to extreme amounts of capital to fund their projects, in many cases, literally people who are working from their garage.

But, while not everyone can create the kinds of products and services that generate this kind of wealth, what people are increasingly able to do is invest into those who can. The future of the 99% is built on the work of the one percent who can create, by becoming micro owners in their decentralized business models.

This gives massive benefits for all involved as rather than a new business needing to convince a venture capitalist to provide 10 million in startup funding, they instead need to convince a million people to invest an average of 10 dollars instead and the blockchain is the only way to not only manage the spread of investment and return, it is also able to provide the transparency and trust needed for investors to make their decisions. Unlike the dotcom era where good ideas got billions but they never built a thing, proof of work is going to be built into the funding model itself.

What this means is that increasingly, people are going to be moving from consumer to investor and owner and while this takes time, what eventually happens is much like what happens on Hive. Investors in significant amounts of Hive don't give a damn about spending time on Facebook, as there is no benefit to do so. Which means, as uptake into the decentralized business models grows, people will increasingly abandon the traditional business models that provide service, but no ownership or return on the investment, unless they start offering more.

What would Facebook have to offer in order to woo me back to producing content I don't own on an account I don't control, for a return that can be counted in thumbs? Ownership. Not just of my content, but also of the platform I enable to exist itself - something that they are not going to be willing to do, as to do so *breaks their monetization model.

Essentially, they are going to have to cannibalize their businesses into a decentralized format for far less that they currently get, or die a death by a thousand cuts as decentralized versions of their model that offer users ownership of experience as well as return on their investment and activity, keep taking away more of their market share. As these models start to collaborate through interoperable processes, they will look very much like a patchwork quilt of Facebook, except each square will be owned by the majority of users of that square. In some cases, users will overlap ownership and usage, in some cases not, creating a very robust network of relationships that both empowers and enables the squares around it.

What this means is that the largest income channel for the average person, is going to be investments, except these investments are going to be quite different to the ones now, as people will be incentivized to invest into what they actually use, not just what they think is going to go up in value. This means that there will be more invested into what people use daily, by people who use it daily, which fundamentally changes the flow of capital in the economy, as consumers who are the driving force are not just users, they are owners too, meaning they are also syphoning off profits. Even in what might individually be small amounts, all of this compounds and shifts the dynamics of the economy, which ultimately shifts everything on earth, including what is considered valuable and therefore, what makes people wealthy.

This not only increasingly improves wealth distribution, it also shifts the paradigm of what makes someone valuable and wealthy. As I have mentioned many times before, blockchain and crypto together are creating a growing shadow economy and through increasing usage will change the demographics of wealth and redefine the markers of wealth.

What makes the billionares billionares, is the evaluation of their wealth in dollars, but that is not the only way to evaluate something. For example, how rich is Jeff Bezos in Bitcoin?

He is worth 200 billion dollars so you would be forgiven for saying, that with the price of Bitcoin at 40,000, he is worth 5 million bitcoin, but you'd be very, very, very wrong. Because, he doesn't and cannot hold 5,000,000 bitcoin, which is over 25% of the entire supply. This means that he isn't worth that, as he can't *own that. If he was to try to convert his many billions into Bitcoin, just imagine what would happen on the markets from just him making the move, Then, all the other 2755 estimated billionaires in the world with a combined evaluation of about 14 trillion dollars will be forced to make their move too.

What this means is that for the centralized wealthy in the world to convert their wealth into decentralized tokens that have value, they are going to have to convince the 99% to support them and their new tokens, since they aren't going to want to put all their eggs into the decentralized basket. Does Amazon still hold the power at that point, or are there 1000 decentralized versions that are doing similar? Does Microsoft and Google offer enough ROI to keep using them? Are Facebook, Twitter and Instagram still the major content communities online, or are people more interested in using what they can own and earn upon?

People are worried about the growing wealth gap and rightfully so - if we are going to continue on supporting this clusterfuck of an economy. However, if we are going to increasingly shift into a decentralized future of the 99% being the investment class, it is just a matter of time until that wealth gap, is irrelevant. Not because it doesn't exist in dollars, but because dollars are no longer the way we mark wealth.

Do you see where we are headed yet?