This is a view of me you probably weren't expecting: 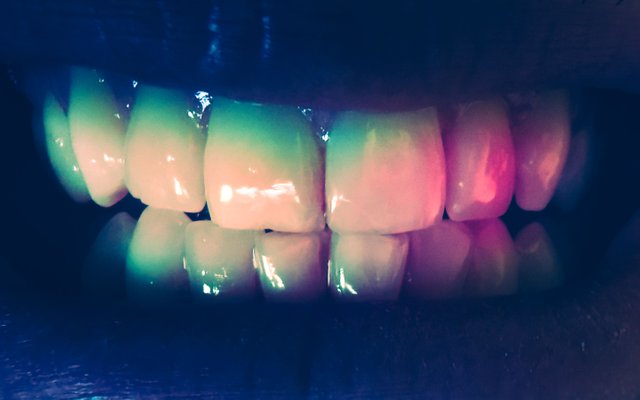 I was asked today what I would be willing to sell my extra Doctor Blights that I get from the airdrop for, which I think is a pretty interesting thing to consider. I won't have that many extras, but if my guesstimates are correct, there should be a fair few of them all told.

However, I think this doesn't factor in the presale airdrop cards that are guaranteed. Now, I don't know how many people qualify, but I assume there are going to be "quite a few more". For example, the current number 1 will get,

So, I expect that when all is done and dusted, there will likely be something around double making the regulars in the supply around 40,000 and 800 Golds. That sounds like a lot of cards, but assuming that people are going to want to combine them to play, that number can reduce quite quickly and I know several people who at least who are planning on maxing their golds. This will bring the supply of individual cards down a bit, but there will still be a few floating about, I am sure.

This means that the price probably isn't going to be as high as some people expect it to be - at least not immediately. However, one thing that has to be taken into consideration is that this is a relatively low Mana card (4)m has lots of "blighty" buffs and most importantly perhaps, is a Neutral card that can slot into any Splinter. I think that last one is the key here, as it makes a massive difference in the playability of the card itself, as it is far more versatile.

This means that it should command a decent price and because neutrals can be played more often, it is possible to get more bonus DEC from playing gold cards. This might not make such a difference in the lower leagues, but in the higher leagues where there is more DEC on offer for a win, this can add up.

But I don't play higher leagues!

With the release of Chaos Legion, while there Collection Power is lower, it is likely that the cards themselves are going to be relatively decent on average. This should mean that a new player can compete with a relatively full deck and not have to rent very much to compete. I am hoping that this leads to more people vying in the upper GOLD, Diamond and making a push into the Champions leagues, where previously it was too expensive to rent the necessary cards.

However, while there are 15M Chaos Legion packs in total on sale, there are also hopefully more players coming into the game in the coming months, which means that while rentals values will take a hit and likely card prices too, they will start to spring back once the demand increases. Currently, there aren't a huge number of players (still the most popular blockchain game), but with 2022 being the year of the usable NFT and the adoption of play-to-earn gaming, this number is set to explode.

So, I don't know what I would sell my unused Blights for given the rental potential of them, but if I was to hazard a guess, I don't think I am going to even think about selling for under 500 at this point, because I look long on all of this. Which means the rental value also matters. what is two years of rental worth on it? We won't know for two years, but more than the card I am guessing. This is an investment and there aren't many things a person can purchase and get the ROI back in less than a year.

And this is the thing that I was mentioning in the last post about staking for return reducing market liquidity. On Splinterlands, there is the potential to rent rather than sell, so a lot of people are looking to keep ownership of their assets and earn passively. This means that market scarcity sets in faster, drive the value of the tokens up, in this case, the cards.

As NFTs with a very limited supply and potentially high demand, the value of these cards just based on their rarity in association with a popular game will give them value.

The other day, I was talking to some colleagues/ friends about gaming, anime and the like and someone who had no idea was asking questions. They were talking about all the money they spent on "merch" from the games and the movies that they are into. I was asked whether I am into spending my money on this kind of useless stuff and all I said was,

My friends spend thousand a year on gaming and gaming merch and literally, all they got was.

Once they start getting into real collectibles that they can own and earn from - where will most of their money go? There are hundreds of millions of them in the world.

They have money. Will spend.

Why would I sell my ownership in the future early?

And an ATH on HIVE!