Bleeding out and sewing it up

So the markets seem to be down a little today, in case people haven't noticed. Bitcoin fell below the scary 30K barrier, but the world is yet to end. By some reports, Eth supposedly fell due to one of the founders, Anthony Di Iorio, "getting out of crypto forever" because he feared for his security. 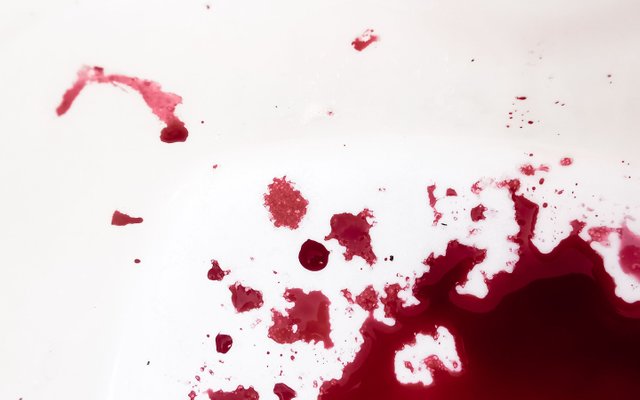 Security is an interesting concept in regards to finance and of course, people want to feel that their wealth is safe, but how safe is it in the hands of governments anyway? Especially once they start just printing more and more of it to cover their own debts with no regards to those who are already holding it. They don't care about driving inflation up so that people lose purchasing power, whilst simultaneously not getting increases in wages or financial opportunity to counteract the change.

I have always found it interesting how unfriendly governments are with crypto when they could effectively welcome it and release some of the burden off of themselves to provide and potentially, attract a lot of new wealth to with their borders to be spent. Instead, they drive it away - because the cost to them for legitimizing and accepting it is a loss of some control over their people as only allowing their own currency means having everyone who is forced to use it by the short and curlies.

Though, I have also been seeing a few reports talking about how Bitcoin mining isn't "that bad for the environment" after all, because it is possible to move the mining to where there is not only cheap, but also clean and renewable energy. Who knew!!

Now that China made the move to ban it, you watch as countries like the US look to ramp it up within their own borders and once they do, they will look to shift the narrative to drive the value up again. to levels that make their mining and what they are accumulating through the FUD highly lucrative.

It is shaping up to be an interesting end to the year and start to 2022 perhaps, with the 100K on BTC looking pretty good perhaps from here. One of the benefits of the mining volume increasing in the US is that a lot of the investment companies will be greenlit to push some of their customer funds into crypto to back it, driving the volume and values up rapidly. It doesn't take much to move the value on the markets and there is plenty out there looking for a new home, as the stock markets are cooked and the real estate markets bubbled.

They really need the next something for their customers to finance and I get the feeling that the narrative on Bitcoin is soon going to be changing, allowing them to whitewash their self-derived FUD of the past and build a compelling story that will get the average person FOMO'ing in, to lift the wealth of those who got in earlier, the ones who wrote the story in the first place.

It is going to be interesting to see how quickly they are going to try and shift the narrative, as more and more small countries will start to adopt Bitcoin locally to compete with the US Dollar. They don't want that to happen to the dollar, and they also don't want to lose even more control over those countries when Bitcoin rises in value either. Perhaps they thought they had more time to play with and underestimated how fast things were going to move forward.

Of course, this is all speculation on the future, because, what can be said about the future without it being speculative? It is all an unknown, but as they say, the best way to predict the future is to create it. That is what is happening now in crypto, even though a lot of people even inside are still on the fence as to whether it is going to survive at all. Right now, a lot of different people are trying to create the future for crypto, but ultimately, it will be up to us as consumers to decide what gets supported going forward and what gets lost in history.

The real challenge facing a better future isn't a government or company, it is an ignorant and lazy consumer who chooses security and convenience over ownership and responsibility. It is a very large hurdle to overcome.