Broken influencers and the business models that break them

As a continuation from a post on social influence and Hive, this one will look a little at the negative sides of "click metrics" as the driver for building social influence, which is the way pretty much all of the "free" platforms monetize their influencers in one way or another.

Essentially, to be monetized on the majority of social platforms like Instagram, it requires building a following in order to generate clicks and influence sales of products. This following is then categorized and segmented, so that it can be leveraged as a granular network for advertisement distribution. Each user becomes a "known node" in the platform that the algorithms are able to target for various purposes, getting tailored information to each. Being able to do this is Highly lucrative to the platforms and this is the model that generates the vast majority of income for Facebook and Google. 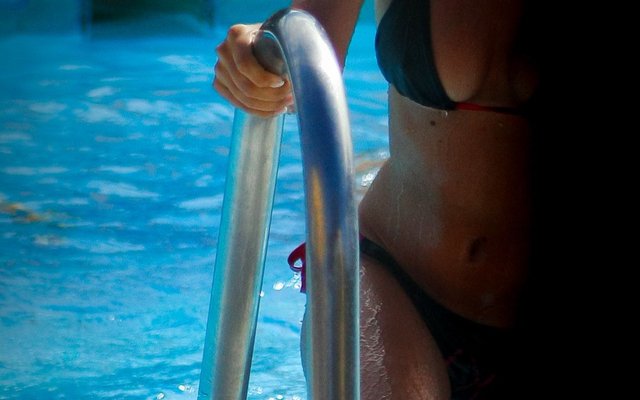 This works, because we all work on incentives of various kinds that motivate our behavior. What these platforms have incentivized is the activity of attention seekers, with the goal of attracting views, regardless of what generates those views. As a result, there are all kinds of behaviors that are in play and rewarded, even if they are not healthy.

In some ways, it is like the "paperclip problem" regarding AI, where an AI has been given a simple task to maximize paperclip production, resulting in total destruction as it increasingly allocates resources to satisfy its program, until there is nothing left. The difference is, the platforms are doing it with humans and the paperclip is attention.

People looking to be monetized know that they need to attract attention, so they do various things to this end, from buying subscribers to appear popular, to releasing sextapes for notoriety. Whatever it is, they have to find a way to stand out from the pack vying for our attention - and as the prize of "workless wealth" is so lucrative, they will do near anything. But, they need to be able to garner enough clicks to trigger the monetization algorithms into play.

This means that they don't have to worry about who follows them, only how many follow them and are willing to click-through on products and the like. This means that if they are too narrowly focused on a specific area, they are not going to get enough interested parties, especially if they are largely unskilled. This is why social platforms are full of attention-grabbing content and clickbait, headlines that evoke an emotion, drama, victimhood and images that productize the person - because it is the easiest way to get attention.

But, while the incentive is there to behave in this way, it doesn't mean it is healthy. The problem with doing anything for attention is that if what one is doing isn't aligned with who we are and what we enjoy, it is like a person who is pressured into sex when they don't actually want to or aren't ready, it is damaging. The process of getting attention is quite unnatural for most, so this disengages them from reality, and then what they have to do in order to get it and try to keep it, disengages them from themselves - Which is why daily in the news, we are seeing another "influencer" have a break down or worse, suicide.

But, the profit model of the platforms don't care about this, as they are able to leverage a small follower network in the same way as a large one, since it is algorithms and auction bots doing the work - nothing is manual. This means they can keep incentivizing the top with reward and make it feel that "anyone" can get there, as long as they play the game. It doesn't matter how many burn themselves out in the process, the algorithm will bleed the value dry and then, drop them. It doesn't have to move on even - as it is running all the time on everyone.

and the platforms have it good, because they have set up an incentive program that encourages clickbait content for the masses to consume, where potential "influencers" (and many wannabes) sell themselves to the audience for free, but still generate a mass of clicks. The networks that the platform leverages works very much like a Multi-level marketing pyramid scheme, where each creates a layer of user contacts, and each of that layer create a layer of their own and so on. But the users themselves do not see or have access to this pyramid of *trickle-up wealth, as it is all managed on the backend of the platform. All they have access to is what the platform is willing to give them.

The influencer owns nothing about their "online business" - not their content, not their account and definitely not their network that they have sold themselves in a million ways to build over the space of years. If the platform wants to follow a new trend, the algorithm directs attention away from the old and spotlights the new and if the platform wants to shut an account down, they do that too. But, banning is relatively rare, however user attention redirection is likely quite common.

The attraction of being an "influencer" doesn't have to come with any actual influence, it is all about making money, both as the creator trying desperately to break into the algorithm handouts, but mostly by the platform itself, that takes nearly all gain. The model of "number of followers" only works as a value mechanism for a pay-per-click advertising model, as it doesn't matter about the quality of the click. Essentially, it is a lead creation funnel where no one is filtered out.

Now with all its faults and challenges, Hive is fundamentally different than this model, as it encourages building a network of quality follows, not number of follows. And, the attention-seeking pathway that the other platforms use, generally don't attract quality followers, much to the chagrin of the drama-queens and doomsdayers on Hive. What does get attention and is therefore encouraged, is people doing the things they love and are good at, delivering their skills and passions to the audience in some way. Many times, it isn't even about the quality of the content, it can still e interesting, useful and entertaining.

At various times, there are users who come in and treat Hive like Instagram and while they might get early attention, if they do not evolve their content into being more than a picture or two, interest wanes. If they then look to take the drama path, they will find that other than people's mild and momentary glance at the crashing train, they will not get support - especially not quality support. This is the difference of using stake as a mechanism to reward users, as it is *personal. It is the proxy of our attention and we can use this to incentivize and encourage user behavior.

While some influencers on social media may make some decent money, other than what money buys them, they don't seem to be improving in healthy ways, which is why so many of them emotionally struggle and breakdown. It is a grind in the worst possible way, because it is doing something that doesn't necessarily align with who they are as individuals, it is all about attracting the attention of a mass market, who is varied and since they have no skin in the game, both highly flaky and, very critical. The attention economy driven by ad revenue is fundamentally unhealthy, no matter how successful it is to making investors into the platforms, obscenely wealthy. There is a reason that most tech people keep their kids off social media.

While Hive is a better model, the centralized platforms won't and can't ever implement this kind of thing, as it undermines their value model so heavily, because the users are the owners, creators are investors, investors are the developers and all are consumers. It is an ecosystem that can generate a massive amount of wealth, but this is because it doesn't have to keep the attention of advertiser in order to keep the lights on. The top-heavy model of investors just isn't sustainable and, they won't ever want to give up control of who sees what and, who gets paid.

The irony is, that as we progress and this model gets adopted by more, not only does consumer attention turn increasingly toward Hive, but that will also drive consumer wealth. This means that the "qualification" of consumer leads is actually far easier on Hive than on the firehose of follow driven and click media, meaning that advertisers will be interested in being where the money is.* As crypto in general keeps generating wealth, that is going to be where the value is for businesses to target. This means that without even trying to take attention away from the centralized platforms, economies and communities like Hive will do so organically through decentralized usage, that encourages people to creators and producers of what they are good at, investors to support them and consumers to take ownership of their experience at all levels of the economy.

I have been on Hive for a long time and seen all kinds of users come and go - and stay. for the ones who have focused more on their loves and skills, not worrying about the rewards, they have done the best. Those who are after the rewards only, tend to burnout, and the people who seek attention through drama, do the worst. This isn't centralized, mass-follower, pay-per-click, clickbait driven media - it is niche, it is personal, it is about relationship building and improving the way we do what we do, and the way we interact with each other.

It is better. It is healthier. It is the future.