While the entire crypto industry is on track to change the global economy, that doesn't mean every project is going to survive and more likely, most will fail by the mid-term. while it would be great to always back the winners, the reality is that it just doesn't work that way, especially if diversifying. Despite what some people seem to think, diversification spreads the risk, it doesn't negate it. 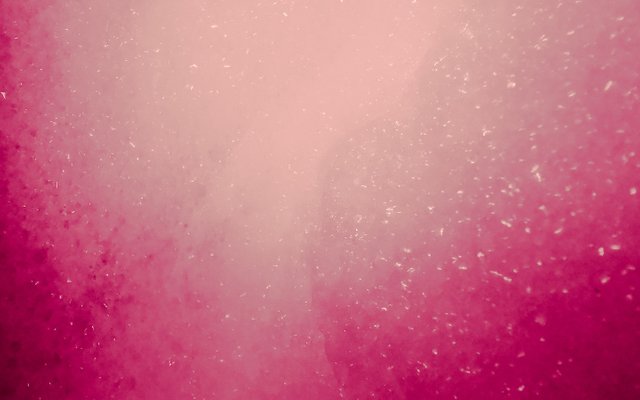 This means that we have to be prepared to wear losses and sometimes, those losses can be quite extreme, which is why people firstly should invest what they can't afford to lose and if they must invest what they can't afford to lose, they have to go in wide-eyed and ready to deal with the fallout of that loss. Loss can be stomach-churning at the least, or far worse that, but acceptance that eventually it is inevitable has to be onboarded - otherwise, you are in for a whole lot of hurt.

Pain is a great teacher, yet it is often forgotten by those who lay blame instead. When it comes to investing, we have to consider why we are getting into it in the first place, which is a return. What happens though is that we can quickly get "risk creep" and start miscalculating the risk/reward model, getting ever greedier for less return.

I think that this is one of the problems in the DeFi space, where we can chase the highest yield without considering whether the risk to get it is lower than the return. When things go south, we can blame the teams behind the projects, even though the warning signs were there all along.

People seem to forget one of the core values of crypto. This is all "opt-in" and as such, the decisions we make and the consequences of them are our own. They don't say Do Your Own Research (DYOR) for nothing, yet many people will still go with the YDMR instead, and make their decisions on the word of others. Oh, You Do My Research.

Sure, you have someone to blame when things go south, but was it them who pulled the trigger, did they have your keys, access to your MetaMask? Probably not - this means that it is on our head and while we might have trusted them, perhaps we will be a little less trusting in the future or, do a little more of our own research before cocking the hammer and firing.

But, even with all of the precautions in place, chances are that you, like me, are going to experience financial loss in crypto. But, we are going to suffer that loss not in crypto too. Loss in life is inevitable and comes in many forms, so man the fuck up and get used to it, because it is not going to stop being a part of our experience. This doesn't mean we have to take stupid risks just because we can face the loss, but it does give us the space to open ourselves up to risk.

Like I have said about some of my colleagues, they were so risk averse that they couldn't put a percentage of their income into crypto over the years. Some of them were taking very large bonuses a couple times a year too, but still couldn't put this "free money" in. There is nothing wrong with not taking the risk, but if we aren't open to it, we also do not give rise to the possibility of the gains of that risk. Lost opportunity is loss too, even though a lot of people don't see it that way when it comes to finance.

I joked with a colleague the other day as to why advising someone to consider comes with a disclaimer of "this is not financial advice", but advising someone not to buy isn't considered financial advice at all. He says it is because not buying is a zero-sum position, because there isn't potential for loss, since no action was taken. This is technically true, but I see the lost potential as loss, meaning that somethin was lost because of being convinced to not take action. For a different example, convincing someone not to vote still has real-world implications and changes conditions - as we have seen in recent times.

Convincing people not to invest because of risk or opinion that the investment is a scam, sham, or whatever, still has implication for their future. Sure, you might save them some money by stopping them getting into a ponzi like Bitconnect, or you might cost them ownership of their house, car and early retirement by convincing them not to buy Bitcoin at 500 dollars.

Nope - there is a massive asymmetry there, but because it is on the upside, people don't relate with it in the same way it is on the downside. Going the other way though, where someone convinces to buy the 10BTC and it tuerns into the 500K worth, they are probably very grateful for the opportunity to pull the trigger themselves and become owners. If there is a loss however, that 5000 dollars seems like it is so much.

Where I live.
It is a lot in other places - but this is all relative.

If I can invest 5000 dollars today and have a chance to have enough to retire on in ten years from now, I would be absolutely mental not to take that opportunity. Yet, because people are so risk averse, the loss of that 5000 dollars seems like it will be the worst thing in the world, even if it is literally a month's salary or less for some of these people. Risk a month of salary for retirement 25 years early or, buy a laptop and a OLED TV?

Most buy the gadgets - because that is winning!

But to put in a little each month into what could be the replacement of the economy as we know it, is far too risky, because there is the potential for loss and losing isn't winning - losing makes you a loser.

No one want to feel like an idiot, no one wants to look like a loser - so it is better to do what everyone else does, so to blend into the misery of loss, with everyone else. still though, we all pull our own triggers - except when governments pull it for us - but then we can blame them, leaving us blameless.

No matter how much pain we are in.

And this is the thing perhaps. Most of us are in financial pain of some kind, as on average we are wearing a lot of debt. However, we would rather keep doing what has got us into that position, than face the feeling of loss that inevitably arises, just because it is a new kind of loss - no matter what the upside potential looks like.

When I would speak about investing into Bitcoin or Ethereum back in the day, I had no money myself and nothing to invest. I was struggling to pay for the baby formula my child needed. No wonder they didn't listen to me - but, they also didn't do their own research and instead listened to others, who hadn't done their research either. They could have all retired by now on a couple months of income that they would barely have noticed gone, had they lost it.

But no one wants to taste those bubbles of blood.

Get familiar with loss.
And its twin on the opposite side of the coin.