Communicating through the Hive

I took a few hours of "personal time" from work today, something I very rarely do, despite having a lot of hours saved in my bank. I still have hours from 2019 in lieu, but I am in the habit of only taking time off when I actually need it. The last couple weeks have been pretty difficult and today, I have been absolutely exhausted. I even took an hour nap in the middle of the day - which was awesome, but only recharged me to about fifty percent. Unfortunately, since this was an ad hoc decision I made mid-morning, I forgot to mark it in my calendar and ended up taking a couple of short meetings with colleagues anyway, but still - better than nothing. 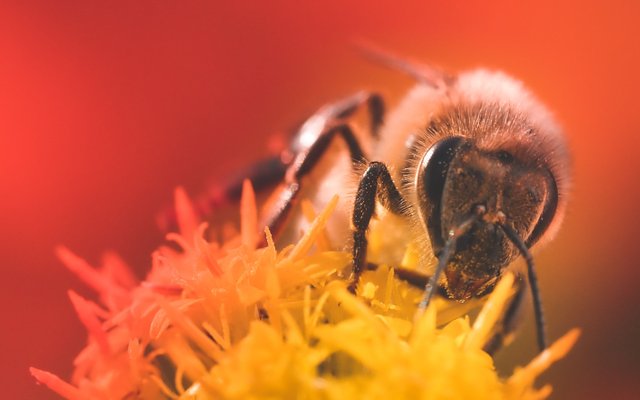 Normally, I am pretty productive, even when I have "nothing to do" as there is always something to do. Today though, other than a dozen or so comments I have answered, I didn't really do much. What I did do is buy a couple Splinterlands cards that I think might be decent for renting purposes and perhaps will increase in value over time too. It is hard to say if it is the right decision so close to the release of Chaos Legion packs, but I didn't spend that much on it, so it isn't the end of the world if they don't end up earning anything back on them.

This is one of the things I have found on Hive of late with many people - they are "freer" with their funds and are more willing to take a few chances. What I find very interesting is the number of people who have changed their financial positions massively in the last few years.

I have been at this for a while and I know quite a number of the people who have also consistently been here, as well as many who are no longer with us - on chain at least and one or two physically on this plane of existence. But I wonder, if we went back even two or three years, how many would have had 100,000 dollars worth of crypto assets? How many 200? 300? 1,000,000? 2M?

The amount of wealth that has developed in the last few years on Hive is immense and while it is not all HIVE direct, this blockchain has become a core part of many people's crypto experience and success. Even those who sold their HIVE to get in on Splinterlands early owe a lot of their current position to this blockchain, whether it be from earning here that gave them the potential to invest, or by hearing about the opportunity by being here and participating. It really is incredible.

I have made it no secret that I hope for my crypto future to be significantly more valuable than it is now, so that it will make a massive difference in my financial position. There are many who have taken other paths and met their goals earlier, but I am not bitter, I am happy for them. For many, I might have helped them somewhere along the track in some way too, which means that while possibly small, I played a little role in their success. I think that is cool.

A lot of people seem to be under the impression that a community is meant to sit around a campfire and sing Kumbaya in harmony and without social conflict. That isn't it at all. In my opinion, it is about generating value that can't be created as an individual, which means solving problems. The problem needn't be a direct solution to war or famine, but small wins compound to larger wins and who knows, perhaps one day war and famine as we know it will be a thing of the past, especially if we can solve the problems of wealth and resource distribution to build a healthy society. That problem has no perfect solution that remains so of course, but it can improve far beyond what we currently do.

For example, charity work is great, however, the way charities function today is heavily flawed, as there is a massive amount of inefficiencies in the delivery and distribution of aid, resulting in loss, less effective support and the space for corruption. Many of the future charities are going to be built around Decentralised Autonomous Organizations DAOs and will become far more effective.

Essentially, what all of this is about is communication and while our ability to talk to one another has had its barriers torn down, the communication of value has remained opaque and highly susceptible to manipulation and corruption. Not only do most people have little idea or visibility, the vast majority have "little control" on even the majority of their own financial communication.

As Web 3.0 takes the global economy into its next evolution, the world start to communicate in ways it wasn't able to earlier. This means that the layers of a community and even the borders that defined it are going to fundamentally change form, which will bring in new possibilities for us as a global community of many communities, to organize and collaborate to solve problems that were unsolvable prior. As we solve these problems, we are able to move on and approach the next set of issues we face.

This is what a community does, doesn't it? This is how we have evolved since we started as a species and collected together, innovated and grewuntil we met others and, started trading outside of our micro community to the point we are today - 8 billion people who can talk, but are still working out how to trade amongst each other in a way that includes all.

People severely underestimate what Hive is doing here, largely because we have been conditioned to believe that we have no power to build an economy for ourselves, that benefits us as a community. Yet, take a look around and see how many people have been part of doing just that and succeeded.

Building the wealth as individuals to buy a meal, a beer, a car or a house, is only a necessary stepping stone to where we are headed. We all work in our own self-interest, which is why there are wars, as well as trade. But, the war part isn't necessary, when the trading works well - we just haven't had the tools to do it properly yet.

It is coming along though. Problems are getting solved and as always, communication is the key - including the communication of value.