A couple of interesting conversations were had yesterday that all covered the same thing - side-hustling - earning something on the side of main incomes. For example, one of my colleagues does some voiceover and jingle creation work on the side, another runs a massage service, and another teaches business English. These people are not struggling to make ends meet and are working IT professionals - but there is more to doing it than just the money aspect, as they get to do what they enjoy, help people, build a little ownership and get paid for it. 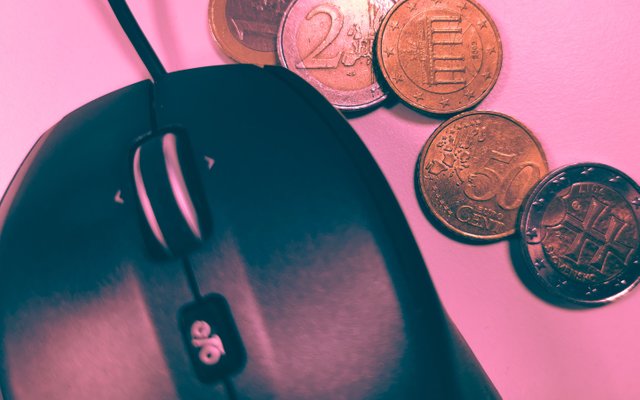 The future of income is going to be to be the generation of multiple streams and while the current focus seems more on the selling of goods through drop-shipping and affiliate links, this is going to rapidly move toward more creative activities. For a long time, people have been creating for free on social media and then trying to leverage the attention they develop to push the products of others, in the hope for a kickback. This is a model that drives the majority of wealth, control and ownership to the platform, not the creator. However, obviously (in my opinion) this model is going to be challenged heavily by the decentralization of the platforms themselves and the DAO management that makes the platform a very efficient infrastructure.

We have of course been seeing this tract develop on Hive for the last few years, where once upon a time it was a blogging platform where a person could earn, and now that is only a narrow aspect of the value proposition. Don't get confused though, as it is still a Very important aspect and will likely increase in value over the coming years, because it gives the space for the written hustlers to build value. This includes the vloggers and podcasters also.

But, the value of the Hive blockchain isn't limited to the blogging aspect, as it is a general content delivery infrastructure, which means it can support all kinds of transactional processes. We see how valuable this is for Splinterlands for example, where millions of transactions can be preformed freely and all kinds of value stream overlaps and compounding can take place. This includes cross-chain interaction too.

This speaks to not only the future of Hive though, it is also about how the entire "hustle economy" is going to develop going forward. With more people getting involved and on the hunt, there is increased competition, but there is also increased distribution of skills and innovation, meaning that more of the usecase gaps are going to be filled by people who are willing to develop themselves as gap-fillers in return for income streams.

This means that there are going to be all kinds of new approaches growing into and out from the crypto industry to continuously flesh out ore space and wealth generation. and the more that are successful at doing so, the more who will have an opportunity to be successful, as the more value that is generated on the blockchains, the more that can be captured by those who have a bit of a brain and a will to work. Proof-of-Brain comes in many forms in my opinion, not just as a way to evaluate a blog post.

I am quite confident that in the coming years, a lot of the "hustle earning sites" are going to start increasing their crypto presence, but they will likely make a bit of a mistake in the beginning. What's the mistake?

Like many in crypto today, they think that there is a competition between chains and tokens, and the way to make money is to create a new chain and new token. This works currently because of the speculation on price without there needing be a reality to back it. But in the future, price is going to need to be backed. This pushes competition onto the ecosystems instead, which means that the goal will be to attract businesses onto the blockchains. There are many ways to do this but, for example, easy and low-cost startup processes and access to an established community are going to be quite vital - as is the ability to offer ownership and flexibility of the tokenization model. Hive looks pretty good already and, it will improve in the coming year or so even further.

All of this is a long process though, which means that the results are not going to really be known for a while. However, those amongst us who are a little more focused on building for future value and sustainability, understand that development has to happen that supports the growth of the underlying infrastructure and aspects that allow for business components to be introduced and have a chance to grow and thrive. The incentive for business developers and side hustlers to look long is currently enormous, but most are yet to even drop a toe into the crypto hustle, because even those already holding crypto don't see past the price.

There is an industry forming that is going to enable the most widespread generation of wealth and its distribution the world has ever seen. Unlike the current economy that is facilitated and controlled by only a narrow set of participants, the future is going to have far more automation of infra and platform processes, but a great deal more active inclusion for earnings. There is no reason that the trillions of dollars generated by a handful of company can't be distributed through decentralized ownership model in the future, other than us as the users not supporting it.

I believe that the current drive for side-hustle incomes is a natural reaction to the state of the economy as a whole, with many people struggling to make ends meet and in debt. It is a symptom of the failing centralized economy and while it isn't going to be a comfortable transition, it could lead to the development of a far healthier replacement economy that distributes total wealth far wider than today. There might be fewer billionaires in the future, but more millionaires and a great deal more average people doing better at a local level.

While a lot of people are looking in time scales of days, weeks and months - what we have to start acknowledging is that what is taking place now, is going to be counted in decades. However, along the way hourly, there is a massive amount of opportunity to take part and influence the outcome a decade or two from now.

A side-hustle might put a few dollars in the pocket,
but a crypto hustle will make those dollars irrelevant.