One of the problems we are seeing in the world at the moment is that while we have been encouraged to build systems where we have a voice, that voice has become a powerful center, that at some point, stops representing the people who make up its power. for example, we have seen over the last week in Australia where trade workers who were mandated to get vaccinated, rose up to protest the unions to which they belong - the same group that has been tasked with protecting its members. This is quite an interesting development in the world.

While I am far from a union expert, in general, the idea is that so a group of workers are protected from employers, employees would band together to form a group and as the active value adding component of the business, for example on an assembly line, they have power. This then extended further to move across industries, so that the employee group was represented in many companies simultaneously, giving a lot more power. However, as we know, power wants more power and for quite a long time, unions have looked to extend their power, even if it is not in the best interest of the people they are paid to represent. They have become governments in and of themselves and have taken the same path as all centralized government structures, a quest for more power.

The rise of DAO

What is interesting is that unlike the past, groups no longer need a central point to organize, or at least not one that is prone to power creep. Now, there are not only the communication channels to discuss, but increasingly, the organization can be governed in a different manner, using a Decentralized Autonomous Organization (DAO), using smart contracts. This means that in the future, unions can exist and hold power, but the union itself is led by its members, rather than a spokesperson for its members. The DAO will apply its code precisely to all involved and it is still able to be altered depending on the will of its members.

This kind of organization is going to become increasingly popular across many usecases, but it could lead into a very different economic future. Essentially, a nation state is bound by its laws, meaning that in a very practical sense, the boundaries of the nation itself are legally protected, at least from within. However, that also means that everyone within the nation is bound to those same laws, even if they are not uniformly applied to all citizens. 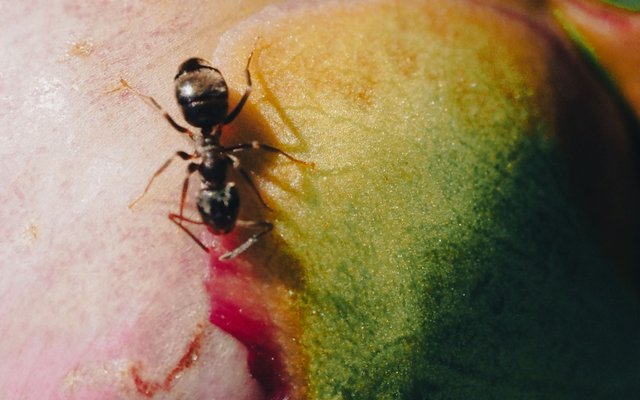 However, as I have been told many times in my life, "if you don't like it, leave", meaning that if I don't like the local laws, I am free to leave. The problem is, I am not free to leave since in order to get out of the country, I have to fulfill the very demands that I may be protesting. For example, How do I get out of Finland and to Australia, if I am unvaccinated? This means that I am now living in a situation where my ability to move has been limited, unless I do the very thing I don't agree with. This is how dictatorships work.

Vote with the feet

What a lot of countries full of immigrants tend to forget is that they are simultaneously a country full of emigrants, meaning in order to move into somewhere new, they had to leave somewhere. Normally, this movement is in order to find a better life of some kind and often, it is to escape an oppressive regime that is threatening to limit the ability to be "free" (on the surface level) to do things that people want to do. However, once travel is restricted, there is not much that can be done.

A lot of the restriction on movement is done so not only on the people, but controlled through the economy, meaning that people do not want to lose all that they have worked for by walking away. However, sometimes it is the only thing left to do, which is why so many immigrants have nothing when they arrive and have to start again from scratch. Yet, many of them over generations do actually do okay, because they are the kinds of people who have had reason to escape and the brains to do so.

The reason to escape is often that they hold wealth that the controlling government wants for themselves and t least in the past, wealth doesn't travel well when it is tied to physical things like property or gold, or conceptual things like fiat currencies, as money can be "stopped at the border" too. However, we are entering into an age where wealth is far more mobile and borderless, meaning that it can travel essentially anywhere in the world. This means that in order to stop people moving, they literally have to stop them from moving through the borders. Something that has been currently managed by restricting travel. 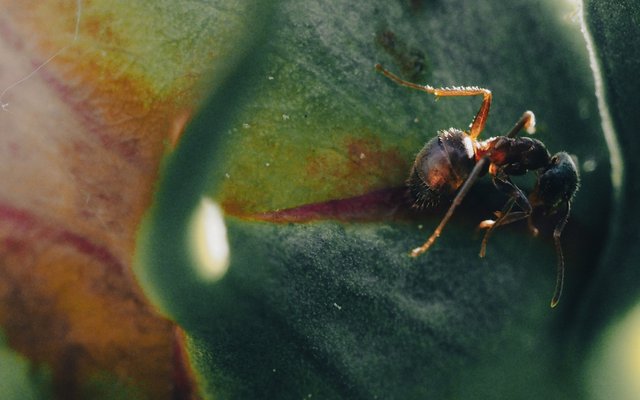 However, this is changing too, as once the organizations start moving into decentralized environments, the very borders that were protected by centralized law get more porous as wealth travels in and out without having to be subject to the local laws, but are still subject to the laws of the DAO. The laws of the DAO are uniformly imposed, but also subject to the will of the people who use it and all of them could be opt-in systems, much like Hive where no one is forced to join, nor stay.

This means that the value of the DAO is dependent on participation, which is why we often think of transactions as an indicator of value on a blockchain, as it hints at usage. However, transactions aren't a very good indicator of value, unless those transactions are connected to value adding process, which is why the tokenization of everything is going to be a vital part of the future economy. At the moment, wealth can be created without doing anything of value at all, but once value has an actual algorithm behind it made up of millions of data streams, things change. So rather than having over-financialized markets, all activity is trackable as a value-adding event of some kind.

This means that in order for something to hold value, it is going to have to prove it has value rather than just give the impression of value. For example, Amazon as a business and service has value, but Jeff Bezos can use his money to create more money without adding value by using other financial instruments, like tax evasion. However, this is only possible because of the way the money works and if he was to for example have his wealth calculated in Bitcoin instead, that changes everything.

Technically, his 200B dollars can buy about 5,000,000 bitcoin, but in practice, it can't as 25% of the Bitcoin network of holders aren't going to sell to him for the current price. What this means is that he would have to ladder in and it will push the Bitcoin price to astronomical levels. Not only this, what is the value of Amazon itself in Bitcoin, if it and all of its activity was tracked in Bitcoin? Far less than one would think because in order to hold that value, it would have to hold that Bitcoin and because prices will be astronomically high, they wouldn't have much. However, if this was to happen just at the Amazon level, all the people who have Bitcoin now would be extremely wealthy, making Tesla and Microsystems absolutely enormously wealthy, since they hold a lot already. 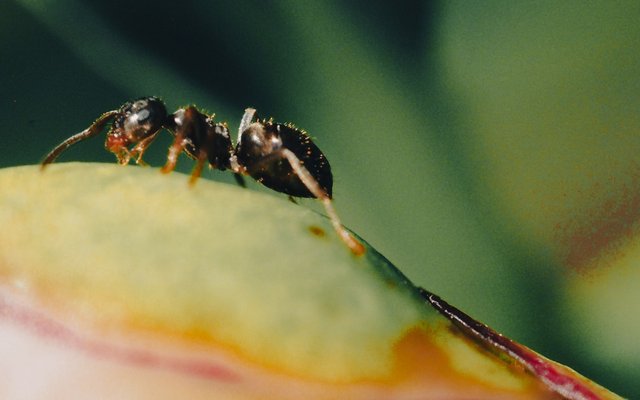 Options in and options out

But, where this fundamentally changes things isn't in the remarking of wealth, but in the mobility of wealth at all levels of the economy. Not only do the DAOs create global organizations, in time they connect up and organize to create digital states of decentralized users, who might not even be part of the entire state, as they are only using a fraction of the network options. This means that when this happens, people are able to vote with their feet through their usage, opting in and out as they choose, not tied by the boundaries of centralized governments, yet still engaging in and following governance structures.

The difference in this at the localized state level means that people are both incentivized to look after their daily lives, but also incentivized to act at a global level too, which happens today, but all of the control is in the hands of a few and the benefits flow into those same hands. Once everyone is a usecase owner, the value flows from the users and into the user base itself, still incentivizing innovation and development in an attempt to prove value to the network and capture some of it for the individual.

You can't see it?

The reason this is hard to visualize for many people is that we have been conditioned to what we have today and all of our experience is fundamentally different to what the future could be. this means that we get the feeling that things can't change, which is perfect for those who benefit from things the way they are now, which includes, governments, institutions, corporations and unions - at the expense of the people that they were originally tasked to empower. 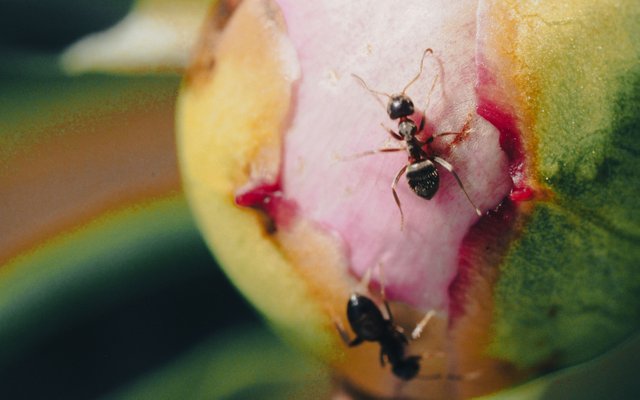 To empower people requires dispersion of power across the network, yet centralized power will never do this, as to do so, is to render itself irrelevant and literally kill itself. Some people see governments like parents, but they are the worst kinds of parents there can be. They raise their children to be dependent on them, needy and incapable of providing for themselves, instead of empowering their children to the point where the parent is no longer needed for anything more than a hug and a chat.

The Will of All

However, it is impossible for us all to provide everything we all need as individuals, as individuals. But we don't need to, as long as we build decentralized organization that service all of the areas that are important to us, we will be able to operate much like we do today, with far more efficiency and control over our lives, while still being far more efficient, effective and convenient. A lot of what we do is based on convenience, but has the last year and a half been convenient for you?

Once evaluation of value is accurately discernible, trackable and applicable - the entire economy shifts on its axis to become far more representative of how we actually live our lives and over time, this leads to improvements in our life as rather than a single voice that feels it has very little say in the direction of the world, everything we do becomes our voice, a vote for what we use and what we want, rather than against what we don't.

By no way is this future guaranteed to work ideally, but the benefit of attempting it through decentralized mechanisms is that the world becomes ours again, rather than just in the hands of the nepotistic few. We support the people and groups who can prove they add value and those that don't, don't get support. The more we use these tools, the more we learn and the more skilled we become at innovating in ways that serve us, rather than degrade us for the profit of the few.