Dropping gold on a winning ticket

Wouldn't it be great to just have enough money to do whatever we wanted with? You know, it doesn't even have to be an insane amount - enough to be able to have a large house on the water, a luxury car, a boat, holidays to wherever whenever and not have to worry about buying the every day consumer good, like TVs, PCs, and a pretty wife. This doesn't have to be in the billions, a handful of millions would do the job, another one or two on top, just to make sure.

Life would be grand! 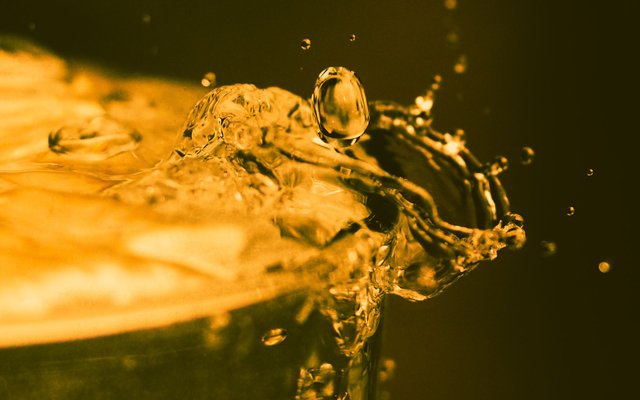 Should this be headlining the "Finance News" section of any newspaper?

Don't get me wrong, fifteen million is a fair amount of money, but does "winning the lottery" really count as finance? Just imagine going to your financial advisor with a few thousand to invest and asking their advice on how to maximize gain, and them saying,

And then of course adding,

But, it is a common dream isn't it - "what would you do if you won X amount?" And then we spend time fantasizing about all the things we would buy, the smart ways we'd invest and the philanthropy we would partake in, as one of the new elite with means.

Yet - once life interrupts our daydream and pulls us back into reality, we go on about out day doing what we always did, though perhaps, buying a lottery ticket on the way home from work, as after all, someone's got to win, right?

The problem is, that regardless of all of the opportunities to have that "dream" house and car, people would rather throw their money weekly into something that has a 1 in 292,201,338 odds of winning the major prize. But second second place might not be nearly as much, but would be a nice consolation prize - 1 in 11,000,000.

And after the financial advisor takes their cut....

At my workplace, there are quite a few millionaires with some fancy cars working and I assume, homes to match. They didn't win the lottery though - they were hired early and helped a 4-person startup grow into a quarter-billion dollar SaaS company with 600+ employees and 300+ partner companies. Easy! Except it took them over a decade to accomplish and that time wasn't spent sitting around talking about what they would do if they won the lottery.

While anyone can win the lottery, the average person can't do anything, which is why the lottery is so popular. It plays on various insecurities in us that tells that the only way we are able to have that dream lifestyle, is if we get lucky and win it as a prize of buying a ticket, not through our own abilities. This means that even the daftest among us are in with an equal chance to the cleverest, as skill, intelligence, upbringing and all the other factors that can increase the chance of success, don't count. Winning the lottery is literally pulling a name out of a hat in order to change someone's life forever, and when we see this happen over and over, those 1:292M odds of winning, look pretty good.

I remember back about 12 years ago, I broke up with a long-term partner, just after we bought a house and car (financed) together, and I was left with having to buy her half of the apartment from her and take over all of the other payments we had. I was a freelance English trainer with consistent, but potentially unreliable workloads, no savings and a lot of liability. What did I do?

Each week I would put a few dollars that I really couldn't spare into buying a ticket and lo and behold, *I never won. Not even a minor prize.

However, there was one Saturday night around 2011 and after a month or two of decent workload, I had a couple hundred euros that I earmarked for doing something with that wasn't paying bills. I had heard a little about Bitcoin being the future and decided to take a punt to see if I could turn the little I had into something significant - maybe this was my way out of financial misery. I went onto the internet and started to workout how to get my approximately 300 dollars US from my bank into some Bitcoin and after about 15 minutes of no answers, I gave up.

That money got liquified.
I literally drank it over the space of a couple nights while out dancing with friends.

So, I missed my chance to have the easy life of a lottery win. Well, kind of.

This is where I joined a blockchain and when I earned my first crypto:

The entire market cap at that point was 17B.
Today, it is 2.3 trillion.

I started with nothing and have built from that point, a respectable little pile, but not enough to make that significant difference in my life, the house, the car - but I do have a pretty wife. However, this is only five years and at the rate of change that crypto is growing at, how long would it be before I have a lottery win worth?

So using my 200K HIVE account as the base amount, if in the next 5 years the market was to go 1/5th of the last five years, that would be a 27x increase in value to 5.4 million. Sure, I am almost 10,000,000 shy of if I had bought those 300 Bitcoin, but the difference between then and now is, I am holding. With the financial position I was in back then, would I have held past 10 dollars?

But, while this might be a lottery win amount, it is not a lottery win, as it has taken time, skill, patience, risk-seeking behavior, work and a lot of heartache along the way, as well as a lot of other costs incurred to get to this point. If I ever was to buy a Porsche like some of my colleagues, I suspect that while the type of work differs, the amount of work might be similar or, perhaps I would even edge them out in that regard, considering I also do much of what they do daily now also, but I am not an early adopter into the company.

They will see me as a lottery winner.

This is the thing though. Even though there is plenty of opportunity in crypto still, most people are looking for the lottery win to having their financial dreams come true, because they aren't in the right kind of position economically or emotionally to be able to have the patience to invest themselves into playing the long game. They look at something for 15 minutes and when it isn't like what they already know, they throw their hands up in the air, say it is all too hard, and go out drinking instead - not realizing that because there it is different, because there is that difficulty to understand, there is investment value.

You see, while anyone can enter the crypto lottery, not everyone is going to win. The difference to the lottery however though is, that it isn't because their ticket didn't come up, it is because most never bought a ticket and many of those that did, sold their tickets before the numbers were drawn.

If you want to improve your finances, play the odds. It'll probably take longer than you want it to take and will probably be worth less than you had hoped, but it will faster than you think and worth a lot more than doing what got you into the financial condition you are in today.

If I could go back and kick myself in 2011, I would have read a little further.
See? Content matters.