Is it just me, or is the feed slow today? I think some of the autovoters are down, so perhaps people are holding back their best content creating selves for tomorrow, to get more of those sweet, sweet rewards.

It is always interesting when things like this happen to autos, as people seem to feel like they "wasted their time" if they posted and didn't collect the usual rewards on their post and those that notice, don't post - yet, perhaps it is a better time to post, since there might be less in the feed and therefore more chance to getting seen - though how crappy is it to have to rely on manual voters? Lol - it ain't that bad. 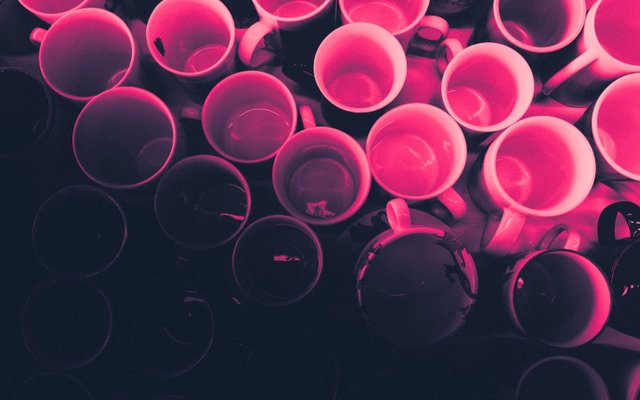 Most people don't seem to remember the days of bidbots very clearly, where forty-odd percent of the voting stake was being called to around one percent of the content through paid voting. Trending was a quagmire of shit that was literally taking in thousands of dollars every week, yet actually only getting about 5-10 percent of the rewards after the purchase of the vote itself. Thankfully, the introduction of the EIP put a stop to most of that, as paid votes were easy to put into a loss position by trimming that five or ten percent off with downvotes.

Then, with the introduction of the 50/50 rewards instead of 75 for the author, it was no longer viable for the delegator to delegate, since they could earn about the same just by manual curation or autovoting without the risk of getting their targets downvoted out of their curation return. While a lot of people were really against these changes, the platform is in far better shape than it was and the content creators that are actually putting in their effort consistently are far more likely to e found and find more consistent support - often through autovoting.

Of course, you don't generally see people who benefit from autovoters complain about them, but that is the case in everything. When one group is benefitting more than another, the one at the "disadvantage" will complain, often without ever considering why there is a difference. On Hive, while it is far from perfect, in general the platform actually does a pretty good job considering that there are no algorithms involved for sorting and it is all up to individuals making decisions.

It is the way of the future and it will improve greatly as more people get involved across the entire internet. At the moment, people are still hostages on the centralized platforms, encouraged to create for the "state" in the hope that the state will provide something in return or allow them to keep their position. Though as we have seen, the state is only willing to support those who support it and any threat to its powers is met with a trip to the demonetized gulag of shadowbanning, algorithm throttling and account deletion.

But, Hive is broken.

Decentralization isn't easy, yet people expect that every day it is going to be consistently how they expect it to be, no hiccups. However, it is vastly improved here and is going to continue to over time, as more and more of the worlds smartest developers start feeling themselves increasingly constrained on the centralized platforms by legislation and culture compliance and start moving into the opensource and transparent playground of the blockchains and cryptos.

People haven't quite got it yet that crypto and blockchain are a hand-in-hand ecosystem that allows people to own their digital property and monetize it in environments that aren't subject to the centralized opinions, whilst having rules that all are subject to through things like smart contracts. It is funny when people say "it isn't fair" when *everyone on this blockchain is treated Absolutely equally by the blockchain itself - what differs however is what the individual may be doing, and how they are doing it.

Life isn't fair though, which is why we have so much variation between us which is brought into our very genes. While a lot of people seem to like the idea of "equality" the fact of nature is that equality is a risk, as when everything is the same, it is going to be killed uniformly. The reason that no virus has killed us all yet, is because our genetics are diverse, but if it was something that targeted killed us based on a genetic marker that we all had, we would all die, unless completely isolated from contagion.

People want fair outcome too though, which would be the worst of all worlds, over-rewarding people who don't deserve it, by under-rewarding people that do. And then what? Even if we were all for example financially equal today, an economy works based on the decisions of its participants, so unless we all do the exact same thing, which would kill the economy anyway, the first rounds of decisions made would put us on uneven footing again immediately.

But on Hive, there is the idea that everyone can earn, yet the telephone line is broken and what people end up hearing is that everyone should earn on Hive. This is not the case, nor would anyone actually want to see the volume pf scam and spam this platform holds earning anything at all, let alone anything significant. The "can" earn isn't a guarantee to will earn, it is essentially a challenge to an individual to say, give it a go, see what you can do.

Many inevitably fail at doing anything significant, because while this is a diverse ecosystem, it isn't as diverse as the entire global economy. You might be the best welder on earth, it doesn't mean people are goin to upvote your content, unless what you deliver is what they are willing to upvote. A lot of people expect to be rewarded, even though they are not delivering content that people actually enjoy.

Sure, they might have a subset of people who like it, but since this is knowingly a stake-based platform, without stake voting, there is no reward. And, while some people believe that the large stakeholders on the platform are all into the same thing, it isn't actually the case anymore and there is a very wide selection of content that gets rewarded, some even consistently.

What is interesting is that with all of the complaints about voting, reward and broken autovoters, the thing is that this is an opt-in platform and no one is forced to try or stay on Hive. Literally zero people have to stay here, yet most people also know that here they actually have more opportunity to earn something than they have on pretty much any other platform around. The amount of crap that is earning something here is very high and none of that crap would earn anything of note anywhere else. Nothing.

But, what is also interesting is that this place is what we actually make it and a lot of the future is going to be driven by mindset. While the negative people may always be negative and leave or complain forever on chain, it will be the positive people who will drive change and evolve the platform through the building of applications projects and their support.

Not everyone is able to build, but everyone is able to support their position in some way. You can vote with your words, your wallet or your feet - no one is forced to vote on your content, no matter how good it is. But if you think it has more value elsewhere, you would have to question if it is worth posting here at all. As someone who believes in the future of blockchain, crypto and a decentralized economy, I'm posting exactly where I need to post, and acting exactly where I need to be - even if I could earn more elsewhere.

Those autovoters up yet? No?

What a waste of all these words....